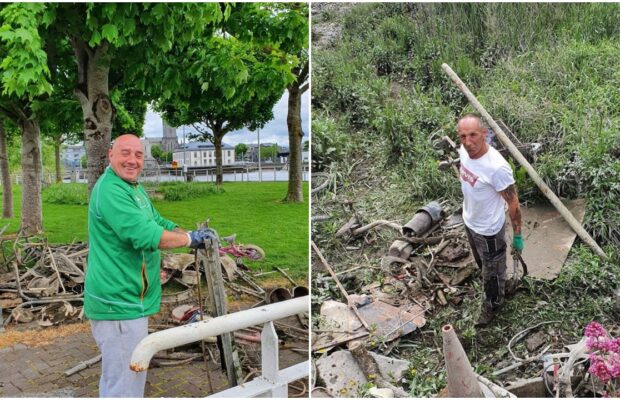 Andrew and Billy Grives have made great progress in their Clancy Strand clean up. Both men are pictured above. Photo taken by Cllr Sarah Kiely.

By I Love Limerick Sophia DiBattista 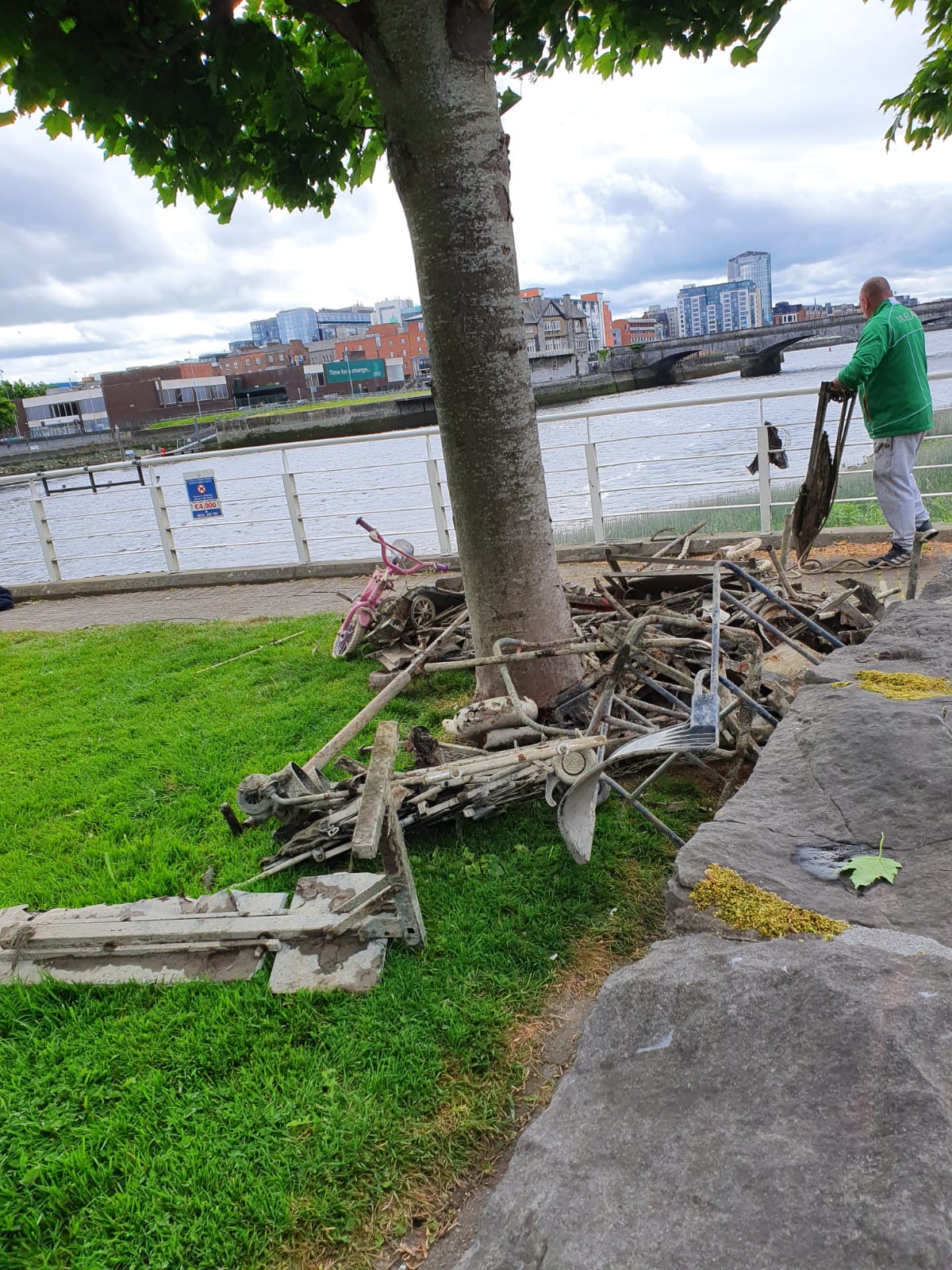 Some of the rubbish reclaimed from the Shannon River at  Clancy Strand. Picture: Cllr Sarah Kiely.

Phase 1 of the restriction period has just been enacted on Monday, May 18. That same day, Andrew and Billy Grives set out to clean up Clancy Strand.

Andrew and Billy Grives from Kileely were seen Monday afternoon cleaning up Clancy Strand. Cllr Sarah Kiely approached them and asked why they were doing this. They simply responded, “We were bored, so we decided to do some good.” It’s a humble response for doing something that benefits the environment, the city and the community.”

Since Limerick City and County Council announced in April, all community groups and tidy towns’ organisations were advised to not start clean-up efforts. This was done to ensure the safety of others during the Covid-19 social distancing period. As a result, places such as this have been bombarded with refuse.

To minimise the trash scattered around the area, Andrew and Billy set out together once Phase 1 restrictions were lifted. These two men ended up clearing out much of Clancy Strand by making separate piles to organise the debris. 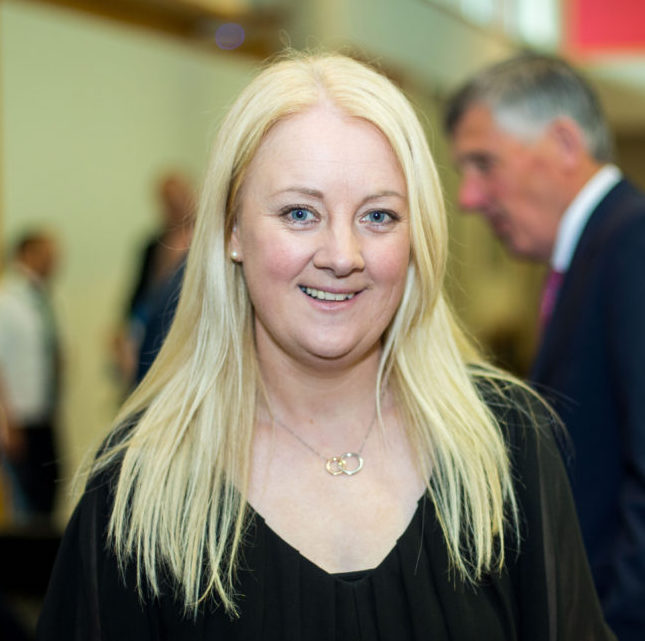 Cllr Kiely posted photos of Andrew and Billy to her Facebook page, and numerous comments swarmed in applauding the men for their actions to better the Limerick scenery in such an uncertain time. She commented on their good deeds saying, “I was delighted to see someone with such pride in their city doing something positive with their time with no agenda other than civic pride which is great to see. I really admire and appreciate their hard work.”

“The kindness people have shown to each other and their surroundings during this period has been wonderful, nature has had time to take a breath and we should do the same and examine how we go about our lives before things go back to normal. Time is a gift and should be spent wisely. Lots of people don’t have the privilege of having the time they want on this beautiful earth so appreciate what’s right there!” 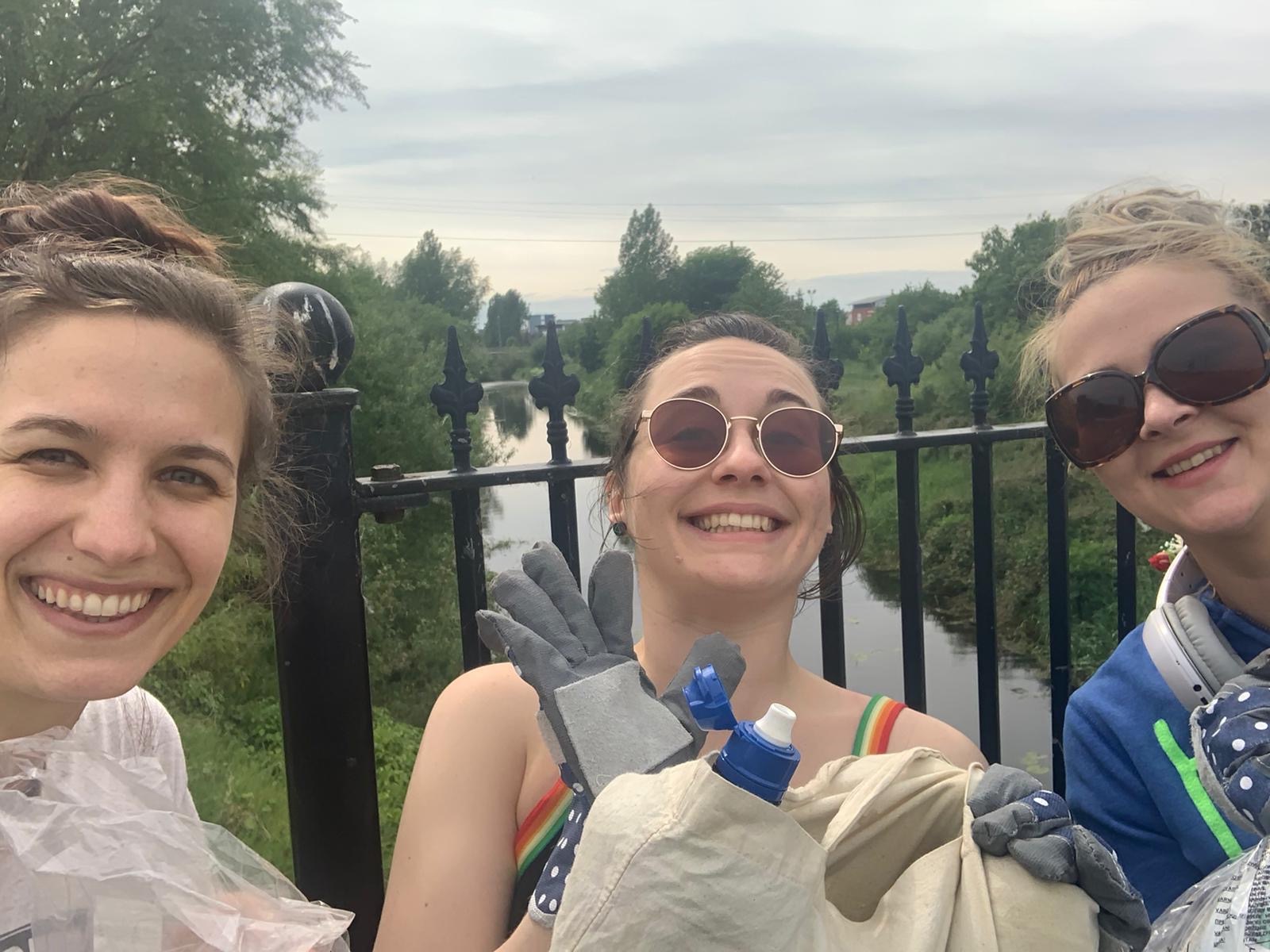 Artistic Director of Limerick Youth Dance Company, Rachel Sheil, felt inspired by these lads and took matters into her own hands and began her own initiative to help out. She said, “Seeing Billy was inspiring because I didn’t think it was my place to clean up during this time even though I had thought about doing it. Just didn’t think I should with a virus going around.”

“So me and my friends did a small walk near grove island in tribute almost but we had so much fun! Chatting and tidying things up and loads of passers-by said thank you. We’d love to make it a regular thing as it’s social and productive.”

We hope this trend of keeping the Limerick area clean continues as long as everyone stays safe and abides by social distancing regulations set out by the government phases.

For more information on the Phase Roadmap, click here.