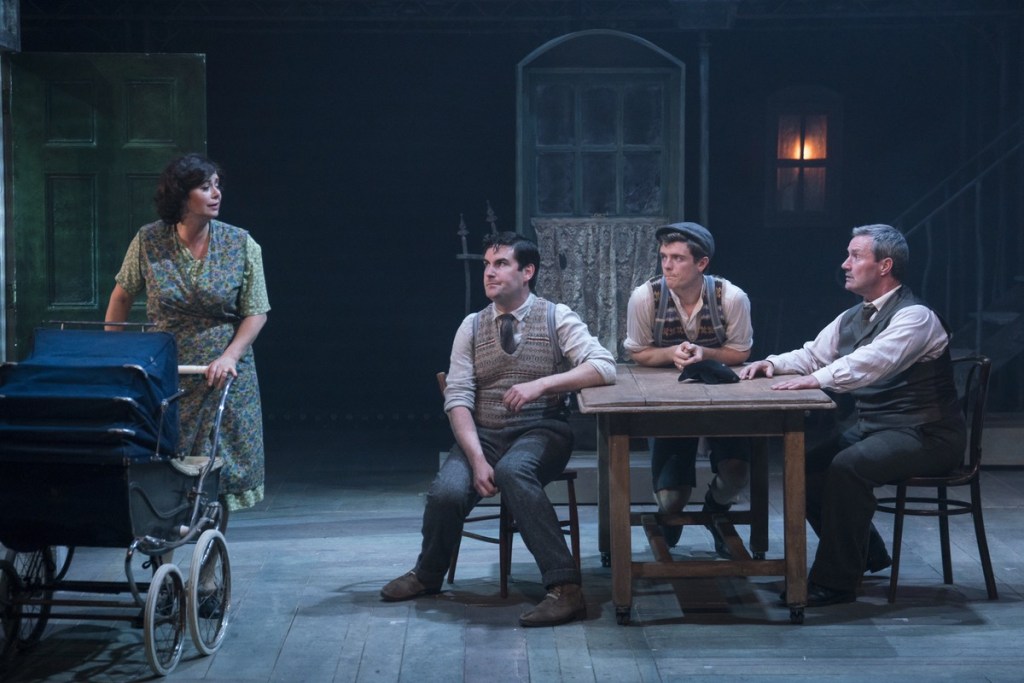 The smash-hit musical Angela’s Ashes The Musical returns to Limerick.

In a major musical adaptation, for the very first time, Frank McCourt’s memoir Angela’s Ashes was brought to the stage of the Lime Tree Theatre, Limerick, the Bord Gais Energy Theatre, Dublin and the Grand Opera House, Belfast in 2017. It is an emotional telling of a childhood in Limerick and beyond, featuring unforgettable songs and melodies, told with a rare lyricism and a warm inimitable sense of humour.

The musical, based on Frank McCourt’s Pulitzer prize-winning work and brought to the stage by acclaimed producer Pat Moylan with composer Adam Howell and writer Paul Hurt, returns to Limerick for 11 performances only prior to a UK and Ireland tour.

After breaking box office records at the Lime Tree Theatre, Angela’s Ashes – The Musical comes home for a strictly limited run in July 2019.

Frank’s widow Ellen McCourt said, “I, of course, am thrilled that the musical will have another life.  Adam Howell’s glorious music deserves to be heard by a wider audience and Frank’s humanity and humour, so deftly translated to the stage by Paul Hurt, will remind Limerick audiences of why they loved the book in the first place.  Delighted it’s coming back!”

Acclaimed by critics and audiences alike, the Limerick run marks the beginning of the musical’s next chapter with performances scheduled for Edinburgh, Dublin, Cork and Belfast.

The production was received with acclaim on its first run in Limerick, with playwright Mary Coll among those who said it was “terrific”. It went on to the Bord Gais Energy Theatre, Dublin and the Grand Opera House, Belfast in 2017.