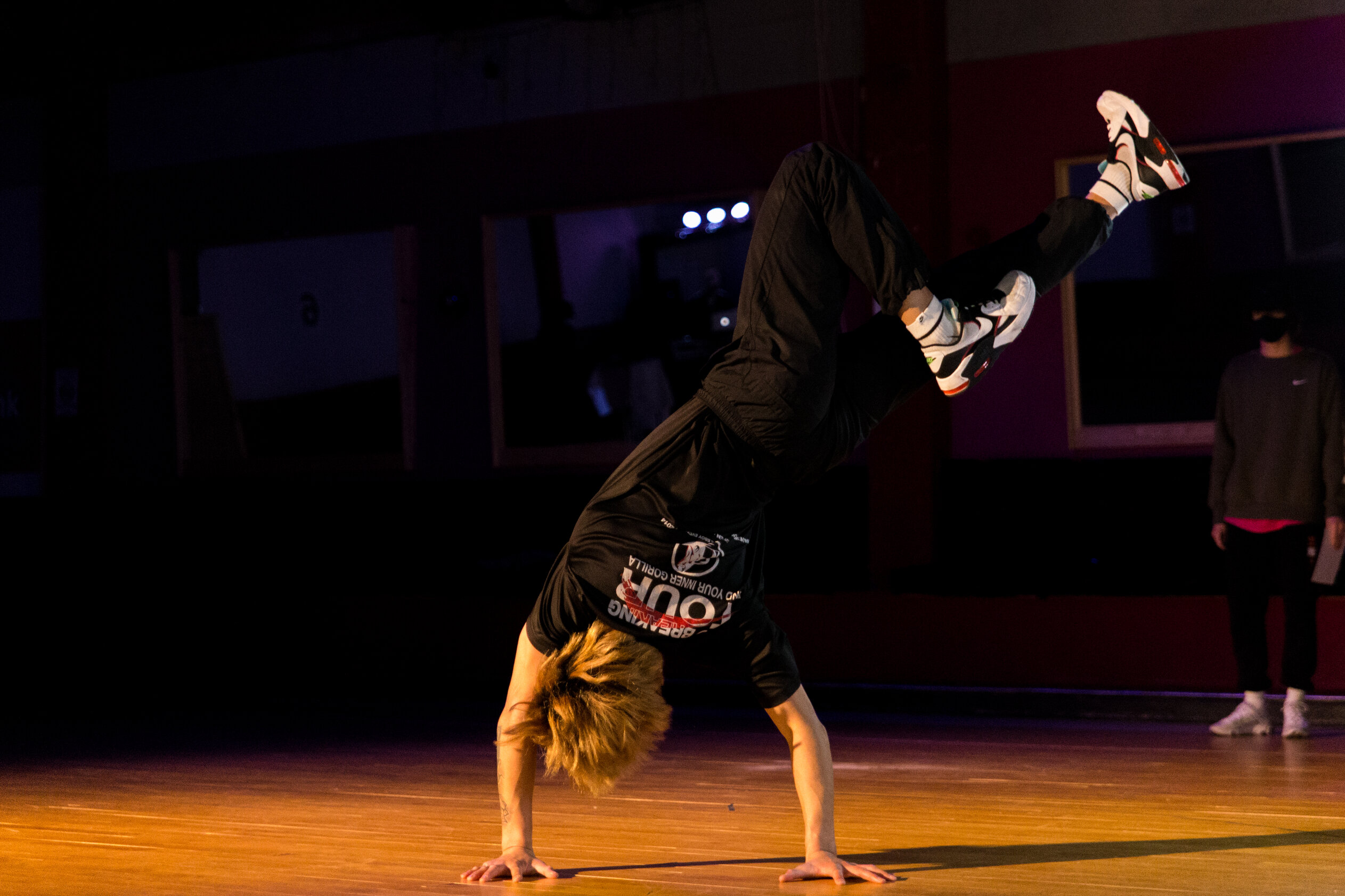 Limerick Breakdancer Angelo Cris Bangay to go to First European Finals in Russia this June ahead of the Olympics 2024.

“Taking part in the 2021 WDSF European Breaking Championships in Russia is one of my biggest achievements,” says Angelo. “I have been training alongside Barry Burke and Tobi Omoteso who are my coaches, to prepare and get ready to compete in Sochi this June.” Angelo said he is thankful to be representing his club saying “I’m thankful for the opportunity and excited to compete and represent Limerockers Cru, Limerick and Ireland in Russia. Let’s go Team Ireland!!!”

Limerockers Breaking Academy will be holding Breaking classes every Tuesday for aspiring Olympic hopefuls at the Irish Aerial Creation Centre.

Breaking is a street dance style as part of 5 core elements that make up the Hip-hop culture (DJ(Turntablism), Mcee, Breaking, Graffiti, and Knowledge) that originated in the Bronx borough of New York in the 1970s.

Breaking, also known as break dancing, is a form of street dance. The earliest proponents of breaking were Black and Puerto Rican youths who formed crews who would compete in dance battles on the streets. Breaking athletes are referred to as “b-boys”, “b-girls” or “breakers”, the “b” standing for break since athletes put down dance moves during instrumental breaks in a song.

Since its start on the streets, breaking has developed and gained a global following as an art form, intertwining elements of music, dance, and athleticism. Within the Olympic movement, breaking is a discipline of the World DanceSport Federation (WDSF) that was founded in 1957. The first WDSF World DanceSport Games were held in 2013 in Chinese Taipei.

In breaking competitions, two breakers go head-to-head. One breaker performs and then their opponent responds, while five judges score athletes on six criteria: creativity, personality, technique, variety, performativity, and musicality. During a competition, each judge moves sliders on a tablet to determine the scores in each element.

Breaking made its Olympic debut at the Summer Youth Olympic Games Buenos Aires 2018 with three events: two individual events and one mixed team event. Twenty-four b-boys and b-girls battled in separate competitions, with the numbers evenly split into 12 boys and 12 girls. The individual events took place over two days, beginning with the round-robin competition on the first day followed by the knock-out on day two. Russia’s Bumblebee (Sergei Chernyshev) won the boys’ title, while Japan’s Ram (Ramu Kawai) won the girls. The mixed team event was also organised over two days and was made up of 12 teams, each one made of a b-boy and a b-girl based on the results of the individual events. The team of Vietnam’s B4 (Hiếu Lê Minh) and Japan’s Ram (Ramu Kawai) took the gold.

After witnessing breaking’s popularity at Buenos Aires 2018, the Paris 2024 organising committee proposed to have it make its full Olympic debut in the French capital. The IOC confirmed its inclusion in the Paris 2024 programme in 2020.

Sochi’s Olympic Park has been chosen to hold the World DanceSport Federation (WDSF) European Breaking Championships next month. Competition across three categories – b-girl one-versus-one, b-boy one-versus-one and crews five-versus-five – is due to take place on June 26 and 27 at the Bolshoi Ice Dome, which staged ice hockey during the 2014 Winter Olympics. Each of the 50 WDSF-affiliated national bodies in Europe including Ireland can enter up to two b-boys, two b-girls and one crew. Ireland held its national qualification Sunday 2nd of May organised by Breaking Ireland and DanceSport Federation of Ireland where Angelo Cris Bangay qualified to represent Ireland, Limerick, and Limerockers Cru in Russia. Angelo now trains as an athlete at the Irish Aerial Creation Centre and Dance Limerick with coaches Barry Burke and Tobi Omoteso. He hopes to fly the flag high for his country, county, and crew.

Angelo has been breaking for nearly 10 years which all started back in 2011 when he went into his first dance class which was being taught by Barry Burke, who is still his current mentor to this day.

Angelo was born in the Philippines but grew up in Ireland and has been living here for 17 years. He has been breaking for nearly 10 years which all started back in 2011 when he went into his first dance class which was being taught by Barry Burke, who is still his current mentor to this day. Barry Burke who founded the crew ‘Limerockers Cru’ shared a lot of knowledge about breaking with him and to other students, which made Angelo fall deeper and deeper into being passionate about breaking.

“Breaking is not only a dance but a culture that Barry loves being a part of,” says Angelo. “I have competed in many events and have travelled internationally to compete in events. I performed in a hip hop theatre show in the past called ‘The Tain’ and have also performed in a lot of festivals around Ireland such as Electric Picnic, Waterford Walls, Laya Healthcare Fest, and many more throughout my years of breaking. I’ve also helped with teaching the future generation of Limerockers Cru as a volunteer dance instructor alongside Barry Burke throughout the years.”

“We’ve been teaching breaking foundations at a technical standpoint using Limerockers Cru’s very own grading system, which is now the breaking syllabus for Ireland for any upcoming bboys and bgirls learning breaking who are hoping to take part and compete in the Olympics.”

Related Topics:Angelo Cris Bangay
Up Next