Limerick lady Anne Riordan has a Marathon Goal to save lives

By Richard Lynch on September 26, 2019@richanthon 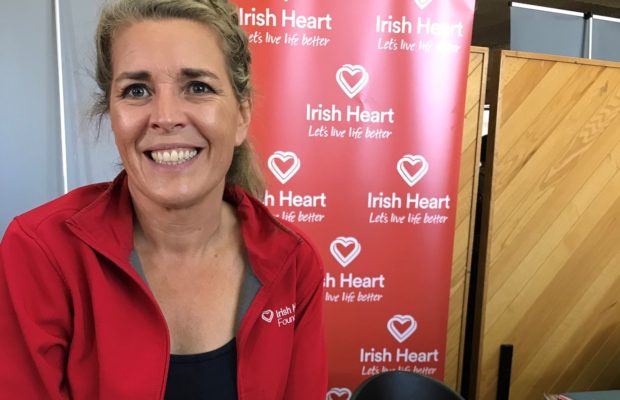 Anne Riordan has decided to take part in the Dublin city marathon this year.

Limerick lady Anne Riordan has a Marathon Goal to save lives

Taking on challenges is nothing new for Limerick lady Anne Riordan, she has been working with the Irish Heart Foundation for fourteen years now and each year sees new tests to her creative ingenuity.

Trying to keep ideas fresh and stay motivated isn’t the easiest part of her job but she attacks it with relish.

Staying active and fit has been a key benefit to her, as she says she needs to practice what she preaches and physical activity is the cornerstone to a healthy heart.

As part of her bucket list, she has decided to take part in a marathon and chose the Dublin city marathon this year to compete in. Training is well underway and she has completed 12 of an 18-week training program. The miles are really increasing this week and she will be running 36 miles over four days. But it’s not all about running a marathon – she is also wanting to raise awareness of a very important campaign being run by the Irish Heart Foundation.

Since she joined the Foundation she has met and become very friendly with many people whose lives were saved by bystander CPR – when you meet someone who has their whole life ahead of them and has been given a second chance it makes your work so worthwhile. Anne talks about some of those people, Diarmuid who was 22 when he collapsed on a football pitch, he has worked in for 25 minutes before the ambulance arrived – over 10 years later he is married, has a baby and is a popular teacher in his school. There are many more stories like this. It’s what keeps us motivated.

Last year over 181 people were saved by CPR, that’s a lot of families who were saved the loss of a loved one. The Foundation is trying to train as many people as possible in CPR and they are offering free CPR training in secondary schools with the CPR4Schools programme, though it has been out there for nearly two years there are still schools that haven’t signed up. The cost of training and equipping the school is €850, though the school isn’t being charged. Anne has decided to try and raise at least the price of one school’s training if not more and she’s currently halfway to her target – she has an everyday hero page if anyone wants to support her.

The Heart Foundation is also offering community-based CPR training through its Hands For Life programme, it’s a free one-hour training program and Anne has said if you can’t spare a few bob to donate then please sign up for the hands for life training if you don’t know CPR.

On another note, Anne has also been nominated for the Charity Ambassador Award at the Graham Norton Gin Inspiring Awards 2019.

For more information on the Irish Heart Foundation, click here.