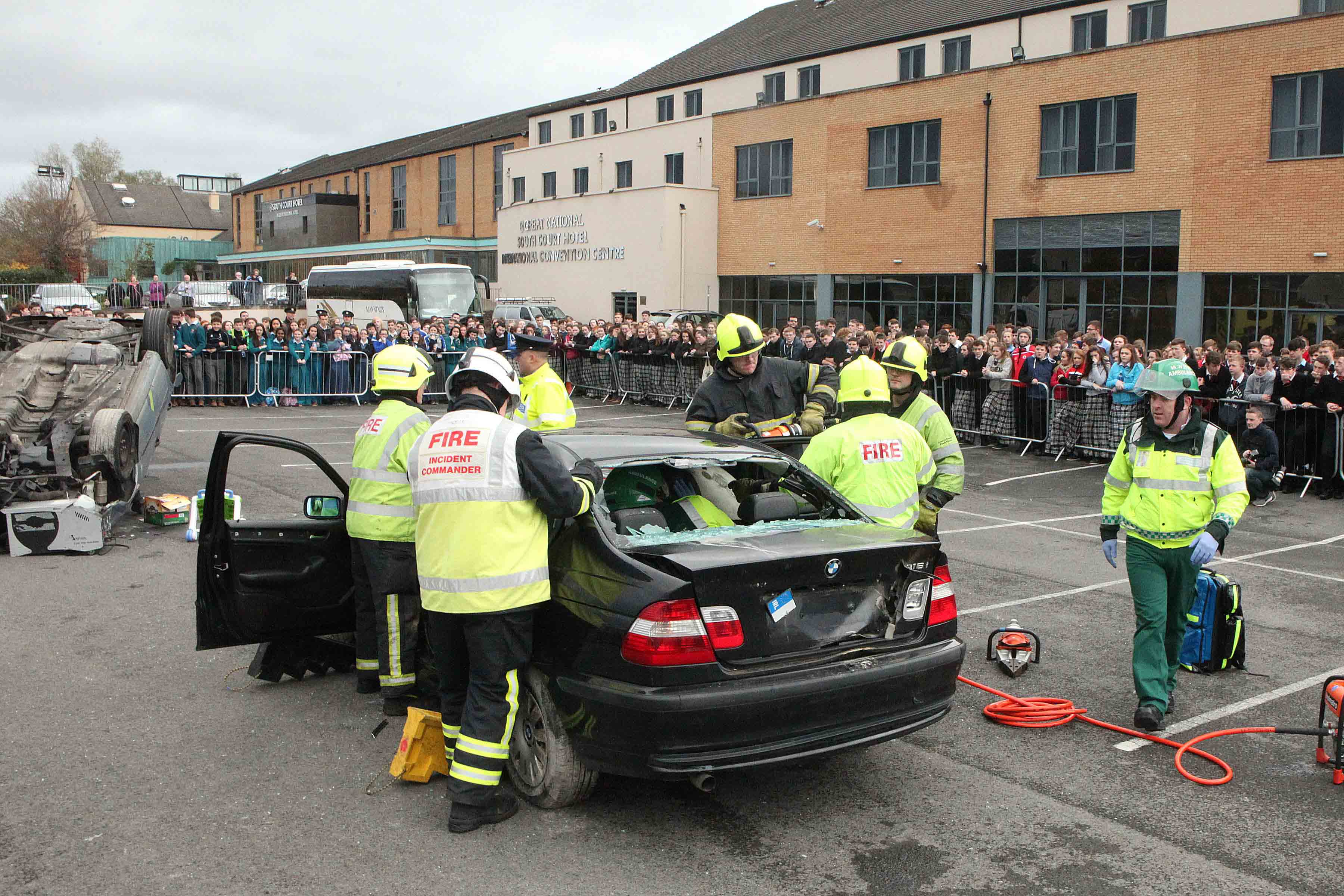 An actor playing a drunk driver is breathalised by Garda Tony Miniter at the Lifesaver Project outside the South Court Hotel. Picture: Dave Gaynor

Over 1,600 YouthReach and Senior Cycle students from secondary schools all over the City and County of Limerick are attending the Annual Lifesaver Project show 2015 taking place in the South Court Hotel, Raheen during Tuesday and Wednesday.

The Project, now in its ninth year, is an honest and hard hitting account of the reality of Road Safety in Ireland today and is targeted at the young students who are about to embark on their driving careers or currently travel in cars with young friends.

The second part of the show takes place in the Hotel Conference Centre in the form of a PowerPoint presentation with input from local emergency service personnel.  It includes road safety advertisements from around the world, a personal account from one road collision survivor and input from families who have lost loved ones as a result of road traffic collisions.

Karen Butler, Limerick Road Safety Officer said: “The main aim of this project is to change people’s attitude towards road safety. It is not about making people better drivers but making them realise how easy it is for things to go wrong and the consequences of bad driving habits. These range from very bad cases of drink and drug driving to simply not looking at the road ahead.”

“A key factor to the success of the Lifesaver Project is the fact that it is so honest and hard hitting and that it is presented by people who have to deal with similar crashes on a daily basis,” added Ms. Butler.