By Richard Lynch on December 2, 2019@richanthon 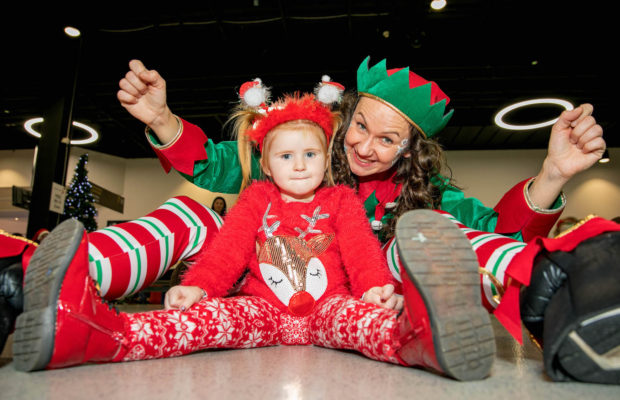 Christmas exploded excitedly and noisily over Shannon Airport at the weekend as over 2,000 lucky children and their parents got to meet the special one 15,000ft above sea-level as the annual Shannon Santa Flights took to the skies.

Families from all four provinces descended on the airport over the weekend to board the most magical flight of the year, many making it an overnight treat to the region as they traveled from as far afield as Fermanagh, Mayo, Sligo, Dublin, and Kerry. 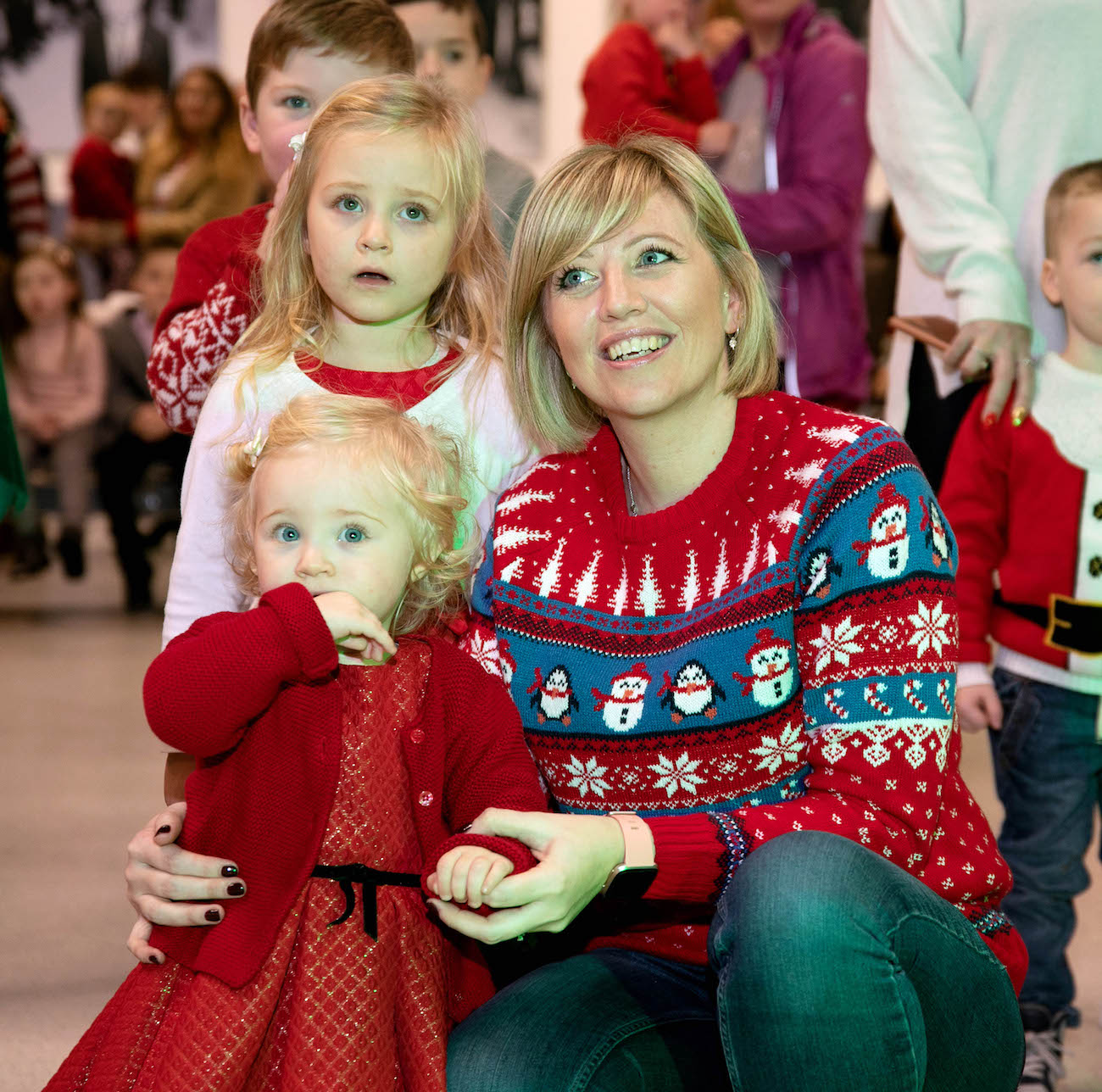 The ‘toy show’ of the aviation world, the annual fixture has become the early festive staple of the west, with tickets as golden as Friday night’s magical Late Late itself.  But for the 2,000 whose names were pulled out of the hat – a lottery is used due to the huge oversubscription for the seats available – the wait was worth it.

Said Liz Harty from Galway, who traveled down with her husband Pat and daughters Corina and Saoirse, said, “The Late Late Toy Show and the Shannon Santa Flights in one weekend. I don’t know how they did it. They were up late on Friday night, of course, watching the Late Late and couldn’t sleep last night with the excitement ahead of today but somehow they got the energy this morning. It was fabulous. Just fabulous.”

Pauline Spencer from Blackpool in Cork, who brought her son Jacob, said that they had tried four years in a row to get on board. “We tried every year and but had no joy so we couldn’t believe it when we were notified that we got through this year. We do something special every year but getting to go on a flight and meet Santa in the sky beats all.  They put on a great show beforehand also so he will sleep well tonight.”

The two-day event sees children greeted first by Santa’s helpers on arrival and other well-known cartoon characters. There were festive fun and games and dancing to while away the anxious hour before the children got to board Santa’s aircraft and then the mayhem took flight.

Airport Managing Director Andrew Murphy said, “It’s brilliant fun and the noise is deafening. The children are already well buzzed by all the fun and games and when Santa arrives onboard high up in the skies, the reaction is fantastic.

“We’ve been doing this now for seven years and it’s our way of saying thank you to the public for their support.  Shannon is a special place at Christmas as so may return home for the festive season but it really begins for us this weekend.

“Our staff put a huge effort in and they’ll be exhausted by the time today finishes after two days of it but it’s well worth it. It’s one of our favorite weekends of the year and this is highlighted by the fact that the event helps to raise money for our Shannon Group charities for 2019, Limerick Suicide Watch and Irish Cancer Society,” he added.

For more information about the Shannon Group, click here.

For more information about the Shannon Group, click here.