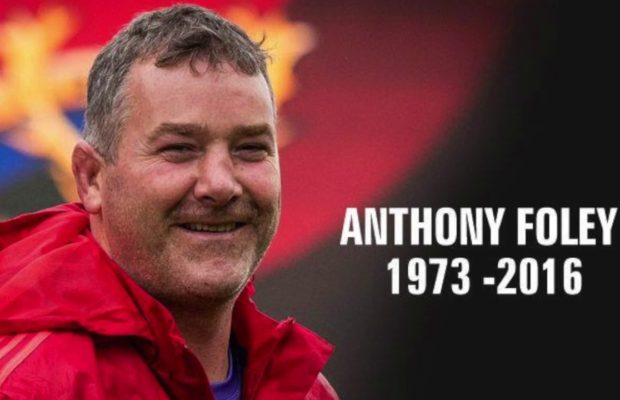 Do you know a person who is an unsung hero for their sports club or organisation? Do you know someone who is always there for their club, always ready and willing to lend a hand and get stuck in?

This could be a chance to say thank you to them for all their hard work.

These awards, which are in their 32nd year, are designed to recognise Volunteerism in Sport at club and community level.

Three of the awards will be presented in memory of Anthony Foley, Gerard McDonnell, and Jerry Bourke.

The Anthony Foley Junior Sports Leader Award is to recognise younger volunteers between the ages of 14 and 24 who show sports leadership and mentoring in their local club thus setting the standard for the future of the club.

The Gerard McDonnell and Jerry Bourke Awards will be presented to the person being honours from clubs organisations in the county and city respectively.

The Gerard McDonnell Award is named after the Kilcornan adventurer who lost his life living out his dream of climbing the world’s second highest mountain, K2, while the Jerry Bourke Award is honouring Jerry’s memory in establishing the Services to Sport awards following his own dedicated commitment and involvement in athletics and boxing.

Phelim Macken, Sports Co-ordinator with Limerick Sports Partnership said: “The Services to Sports Awards are designed to recognise the unsung heroes in sports clubs and organisations across Limerick city and county.  Everyone knows of people who volunteer their time for the good of the club, someone who can always be counted on to help out and lend a hand.  These are the types of people we want to honour.”

The Awards will be presented to the successful candidates at a Gala Awards Dinner in the Castletroy Park Hotel, Limerick on Friday 13 April at 7.30pm.

Closing date for receipt of nominations is Friday 23 March 2018 at 5 pm.

To nominate someone for the Anthony Foley Junior Sports Leader award, go here.