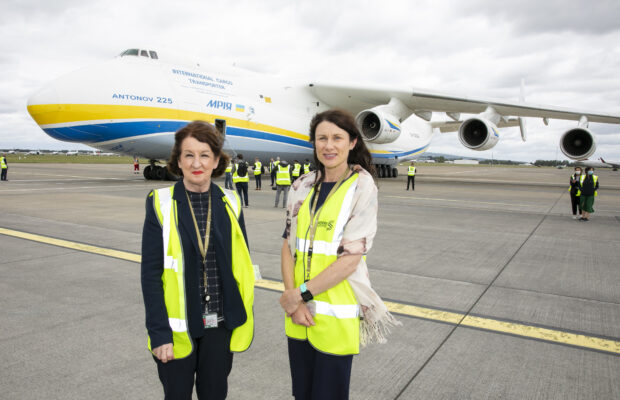 The world’s largest aircraft, Antonov 225 touched down at Shannon Airport at approximately 2 pm on Wednesday, June 10 carrying the largest consignment of Personal Protective Equipment to be flown into Ireland on a single flight.

The giant aircraft, commissioned by the HSE via Shannon-based West Coast Aviation, landed just before 2 pm, 24 hours behind schedule due to technical problems, having made stopovers in Azerbaijan, Kazakhstan, and Germany en route. Its wingspan, which is wider than the pitch at Croke Park, is the largest in the world.

Carrying almost 900,000 medical gowns for distribution in Ireland, it is the second plane carrying PPE to arrive in Shannon Airport in the past few days, the last being a Boeing 737 which arrived on Monday, June 8. 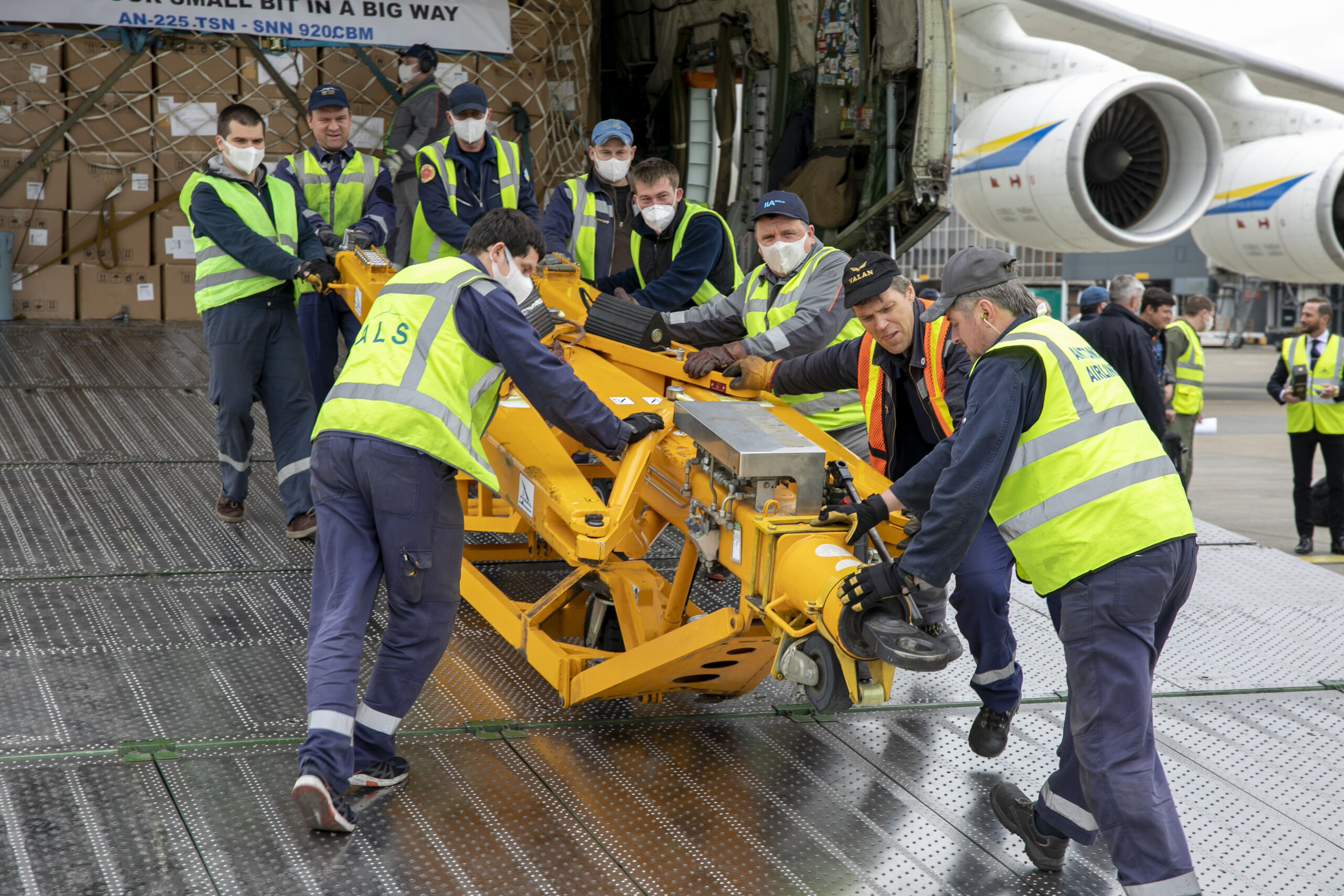 The Antonov 225 stands alone as the largest and most powerful planes ever made. Picture: Arthur Ellis.

Both consignments were managed and co-ordinated by Shannon based West Coast Aviation and their partner Metistechnicall on behalf of the HSE. The entire consignment of over one million medical gowns between the two flights will be distributed in Ireland to front line staff in the fight against COVID-19. The AN-225 took 20 men, on shift rotation, 15 hours to hand load 6,249 boxes weighing 18 kgs each. The delivery contains enough gowns to last 12.5 days at current demand levels, according to the HSE.

“We’re delighted to play our part, we have stayed open here to ensure we can facilitate cargo coming in like this with vital PPE for the health services,” Shannon Group CEO, Mary Considine told the Limerick Post. Pointing to the almost 70 aircraft parked up at the airport, Ms Considine noted in what is a “tough time for aviation” the arrival of the Antonov AN-225 created “great excitement about the place”.

Speaking about the Antonov 225, Niall Maloney, Shannon Airport’s Director of Airport Operations said, “With a wingspan wider than the Croke Park pitch and, from nose to tail, over one and a half times the length of an Olympic swimming pool, the Antonov 225 stands alone as the largest and most powerful planes ever made.

It’s an incredible aircraft and when you see it in the taxiway here it dwarfs anything else on the airfield. When you take its enormous size into perspective, it’s almost unbelievable that it can get up into the skies, let alone be as graceful when it’s up there. Shannon Airport staff have been working on the front line ensuring the safe arrival of PPE cargo flights since the start of the crisis.”