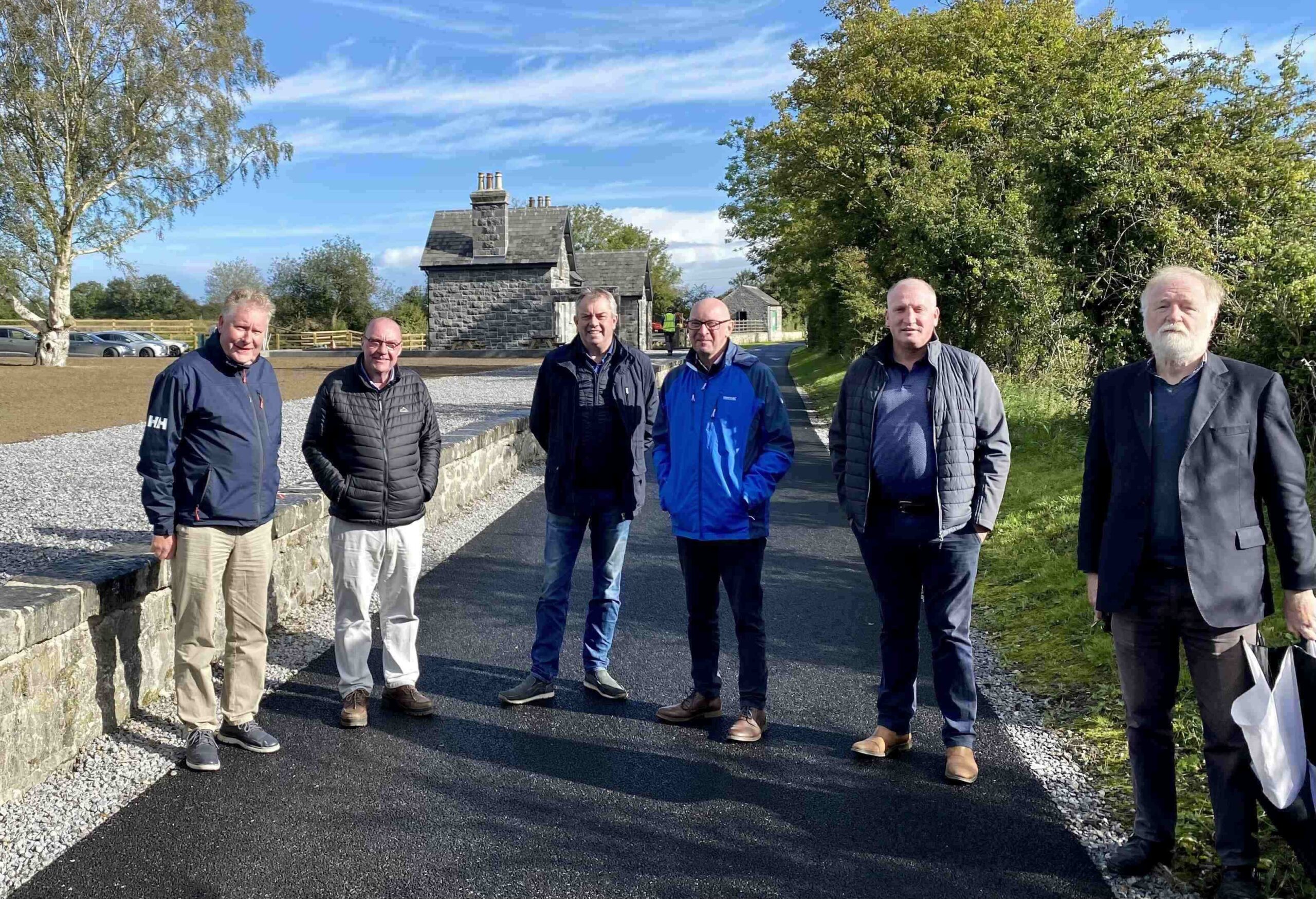 Pictured above is Ardagh Station from the bridge during the works.

The Station House was part of a larger site which had lain derelict for years before it was purchased by Limerick City and County Council in 2020 as part of the Council’s ambitious plans for the Limerick Greenway.

The Council has today published a series of before and after photographs which reveal the extent of the works now completed.

The Ardagh Station House opened on 01 January 1867 as part of the Limerick to Tralee rail line and was used for both passengers and goods trains. Almost a century later the station closed for passenger trains on 04 February 1963.

In addition to restoration works on the station house and adjoining goods shed, the works carried out by the Council have also included clearing and landscaping the site and provision of a new car park for greenway users.

Ben Noonan, Senior Executive Engineer, Limerick City and County Council and Project Manager for the Limerick Greenway said: “The works carried out on the buildings including a new roof and repairing and repointing all the stone work has secured the fabric and integrity of the buildings.”

“The buildings are protected structures and great care and craftsmanship has gone into their conservation by our building contractors, Thomas Nolan and Sons Building Contractors Ltd.”

“These works are phase 1 and we will be exploring options to complete internal works and bring these buildings back into use in the near future.”

Ardagh station renovated and complete and looking stunning on the #LimerickGreenway pic.twitter.com/H9bggM89OG

Gordon Daly, Director of Community, Tourism & Culture at Limerick City and County Council said: “I want to thank the councillors in the Newcastle West Municipal District who provided GMA funding towards the Ardagh Station House project which enabled the Council leverage other funding to complete the works to a high standard.”

“We are also grateful to the community in Ardagh for their support for the project and their patience while these works were being carried out. The aim is that this project, along with the wider development of the Limerick Greenway, can help drive the rejuvenation of Ardagh village.”