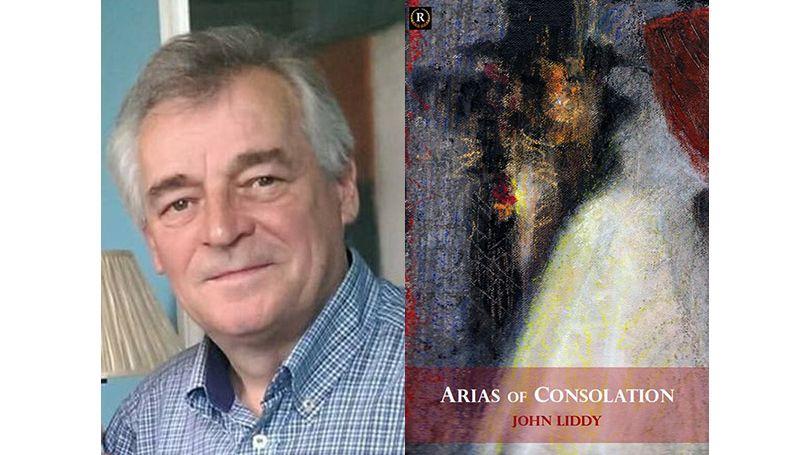 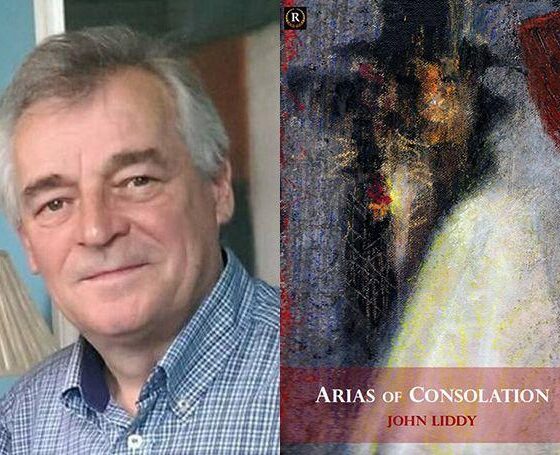 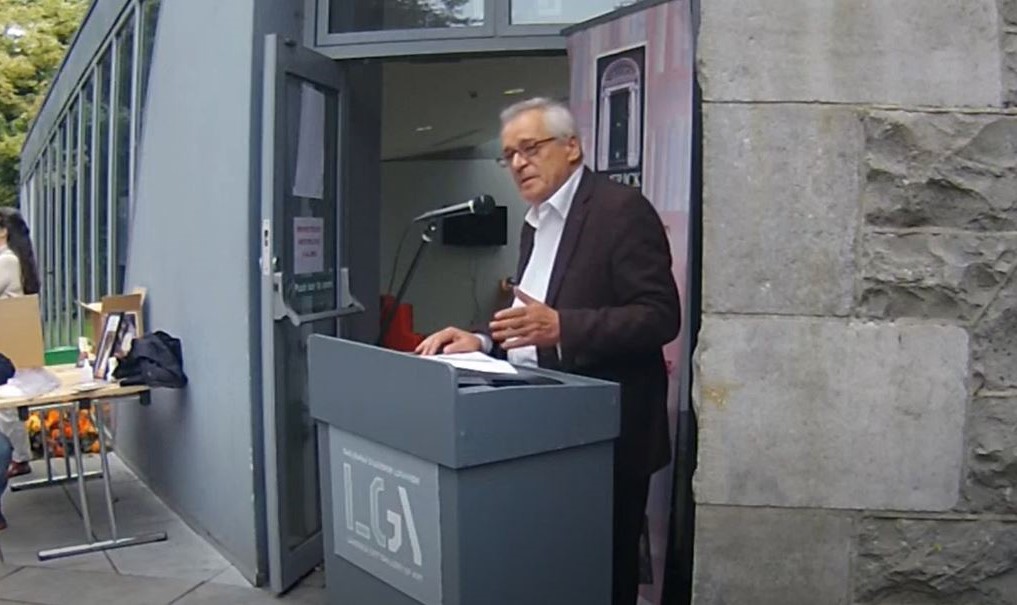 John Liddy speaking at the launch of Arias of Consolation at the Limerick City Art Gallery.

Cork born and Limerick raised poet John Liddy has released an eight-movement poem called, “Arias of Consolation,” which is a book-length poem discussing events from Limerick’s past and present, featuring people and places that make the foundation of the county.

“I just hope what you have in your hands is a poem that sings of people and place. I hope it works for you, the reader,” John said when the book was launched at the Limerick City Art Gallery earlier this month.

The foreword, wrote by Dr Eoin Devereux of UL, states, “Arias of Consolation is the most important poem written about Limerick since the publication of Bard Hogan’s ‘Drunken Thady and The Bishop’s Lady’ in 1861.

“Given the city’s long tradition of musicality, stretching from its smoky dancehalls on the Ballysimon Road and Mulgrave Street to the sean-nos inflicted voice of The Cranberries’ Dolores O’Riordan; from its many musical societies to the hip-hop of the Rusangano Family; from the Plain Chant recitals led by Professor King Griffin to the sublime voice of Denise Chaila, it is entirely fitting that Liddy has used the term ‘Aria’ and the ghost voices of the many singers surface in the poem.”

Dr Devereux explains that the poem works, “like a multi-layered mind-map of the city and county” and “is a paean to a place which has been shamefully maligned and stigmatised too many times.”

He also notes that Liddy did not write about the city and county through a purely nostalgic lens, but instead the Arias, which was wrote in eight sections, unveils the poet’s “thorough warts-and-all knowledge” of Limerick. “While echoes of the past ripple through the poem, Liddy is as comfortable writing about 21st century Limerick as he is thoroughly knowledgeable about its long and complicated past,” Dr Devereux says.

The poem, Liddy explained, went through 20 drafts and there was a lot of work involved in what to leave in and what to leave out.

It is difficult to write an epic poem and maintain it, he continued. But what helped him was finding the structure, the three-line structure which he said he got from the late poet Derek Walcott.

Dominic Taylor of the Limerick Writers Centre, which published the book under its imprint Revival Press, said it was “another very important addition to the canon of Limerick literature”.

“This book, I believe, will stand the test of time and be a rich source of enjoyment, reference about the social history of Limerick and its people for many years to come, as well as being great poetry.”

Liddy also thanked artist John Shinnors for the artwork he did for the poem, which can be seen on the cover and inside pages of Arias of Consolation.

‘Arias of Consolation’ is available at the Limerick Writers Centre and in bookshops.

To get ‘Arias of Consolation’ go HERE