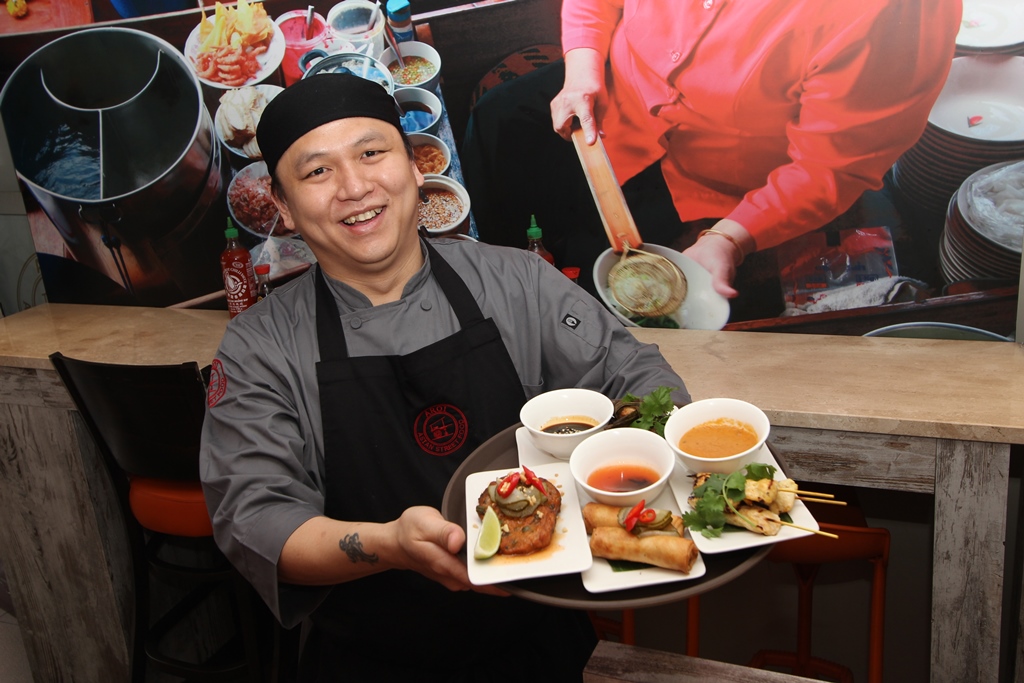 On the Irish restaurant circuit to say 2014 has been the year of Aroi, would be no understatement. Aroi Asian Street Food, first opened in Limerick in March and demand for their great food showed the team it was time to open another restaurant in Cork just six months later. It’s clear that Limerick and Cork diners go crazy for chef Eddie Ong Chok Fongs food authentic Asian Street food flavours. And it’s not just the diners who love Aroi, the critics love it too.

The Irish Times listed their restaurant oscars for the year this week, with Aroi as Best Ethnic Restaurant in the country. The broadsheet proudly states “At bog standard takeaway prices, Eddie Ong Chok Fong takes southeast Asian food out of the sugar and sour sledgehammer flavour world and brings many other layers to the experience. His hake wrapped in banana leaves with a 12-hour sauce made with lime leaves, chili paste and wild ginger was wonderful.” With no other establishment being mentioned in the Munster region at all, and being listed with the likes of Ox in Belfast and Forest Avenue in Dublin, this is praise of the highest order and well deserved.

Renowned critic Lucinda O’Sullivan awarded the restaurant one of her coveted ‘Great Places to Eat” plaques after visiting them earlier in the year and continued her praise into the Irish Independents 2014 Restaurant Awards, with Aroi coming in at number six in the top places to eat in the country. The summer also saw a nomination for Eddie as Best Chef in Munster as well as best casual dining and best ethnic food for Aroi at the prestigious Food and Wine Magazine Restaurant of the Year awards at the Four Seasons Hotel.

Chef Eddie Ong Chok Fong’s  knowledge of cooking and attention to authentic flavours and cooking methods have led to the creation of the flawless Aroi menu which features noodle dishes, soups from Thailand and Vietnam, vibrant curries and a myriad of exotic and delicious side dishes. With no dish over the €10 mark, value as well as great food, is hard to beat and keeps customers coming back for more.

The Grand Orchestra of Christmas Charity Finale at Dolans Warehouse