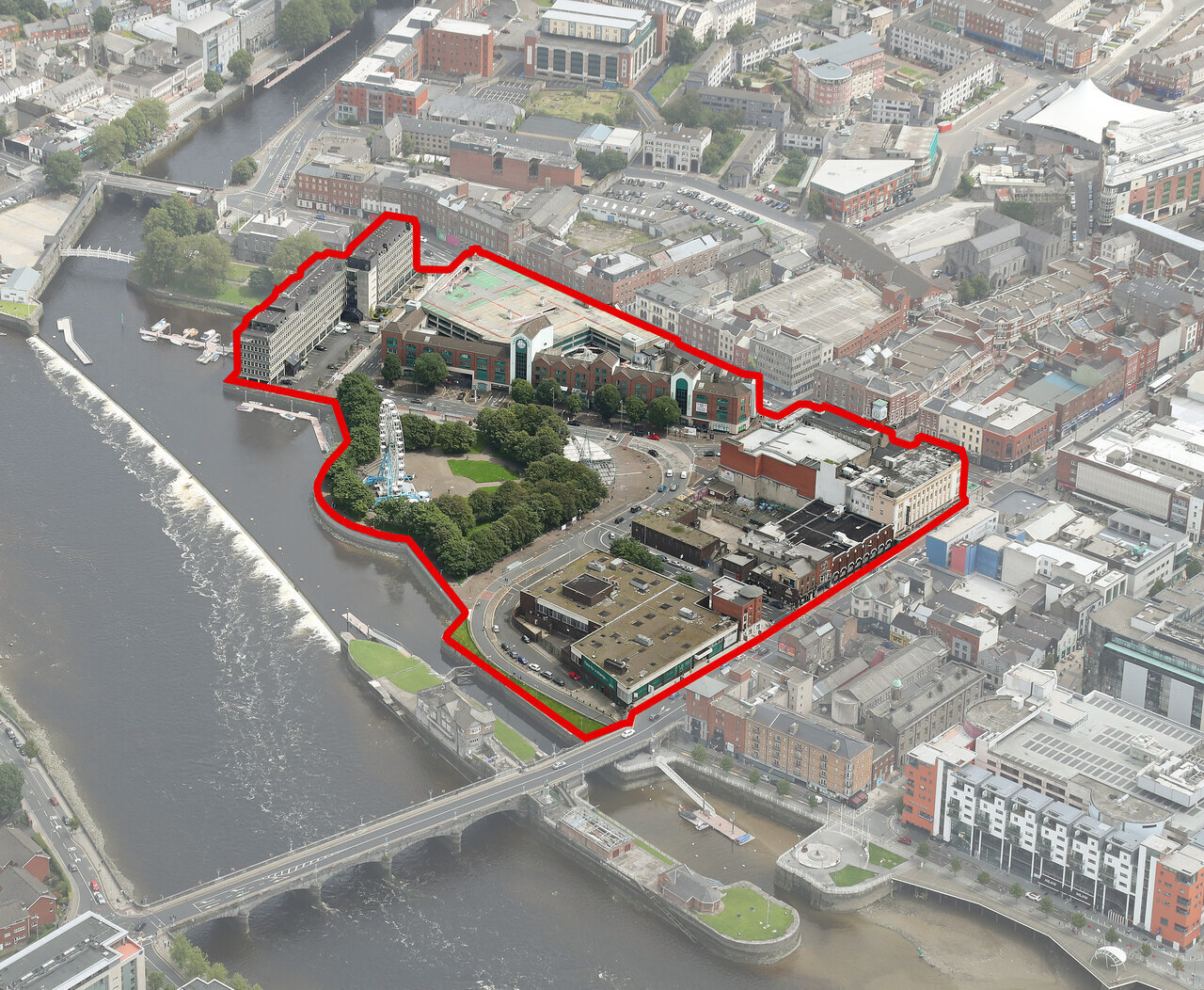 Arthurs Quay Area – The Council we are taking a comprehensive approach working with landowners and others to set out a framework and vision for the area that is ambitious and deliverable.

Limerick City and County Council is seeking tenders for a multi-disciplinary team to prepare a Framework Plan for the Arthurs Quay area of Limerick city.

The Framework Plan will set out the guidelines for a comprehensive, plan-led, and place-based approach to the redevelopment of this area and lead to the transformation of the city centre.

The Council is working with landowners in the area on the framework including the University of Limerick, Arthur’s Quay Shopping Centre, Penneys, and the owner of the Debenhams building.

The framework will sit under the new Limerick Development Plan and the Arthurs Quay area includes Arthur’s Quay Park and Sarsfield House and will incorporate the flood protection work ongoing for the city.

Limerick City and County Council will also be engaging with the public and will look to set up a volunteer group from users of the park to feed into this work once consultants are appointed.

Welcoming the announcement, the Mayor of the City and County of Limerick Cllr Francis Foley said, “A framework plan for this area of the city is to be hugely welcomed. As a riverside city we must embrace the river, and the role it plays within the city and maximises its potential. We must also work with the people of Limerick to have their ideas taken into account when we are looking at the future development of Arthur’s Quay and the surrounding areas.”

Nuala Gallagher, Director of Planning, Environment and Place-Making with Limerick City and County Council said, “This is a really important part of the city, so we are taking a comprehensive approach working with landowners and others to set out a framework and vision for the area that is ambitious and deliverable. We are taking a place-based approach including transport, improved green space, and land use to include core retail, culture as well as increased mixed-use residential. It is additionally exciting having the University of Limerick involved and to have their presence in the city centre. We will be undertaking comprehensive engagement and consultation on the framework and look forward to input from residents and businesses of the city and beyond.”

The Council has been collaborating with the University of Limerick on projects to improve the look and feel of the exterior of the City Campus in advance of development happening.

A striking mural has been created on the wall facing the river, which is an important entry point to the core city centre area, enlivening what was a dreary area of the city.

The area is also home to a portion of the mobile urban forest, which grew up over the summer in the city, while painted bollards have attracted the eyes of many and have become a must-see area for tourists.

The Council intends to bring forward other ‘meanwhile uses’ for this area, working with the landowners and other stakeholders for next summer to create activity, increase footfall to assist core retail and incorporate family-friendly activities to bring and retain more people in the city.

About the Urban Regeneration and Development Fund

The Urban Regeneration and Development Fund (URDF) is a flagship element of Project Ireland 2040.

Under the stewardship of the Department of Housing, Planning and Local Government, the Fund was established to support more compact and sustainable development, through the regeneration and rejuvenation of Ireland’s five cities and other large towns, in line with the objectives of the National Planning Framework (NPF) and National Development Plan (NDP).

The Department of Housing, Local Government and Heritage has responsibility for administering the fund.

More information on the Urban Regeneration and Development Fund

Planning Application Submitted for the Construction of 54 houses in Clonconane