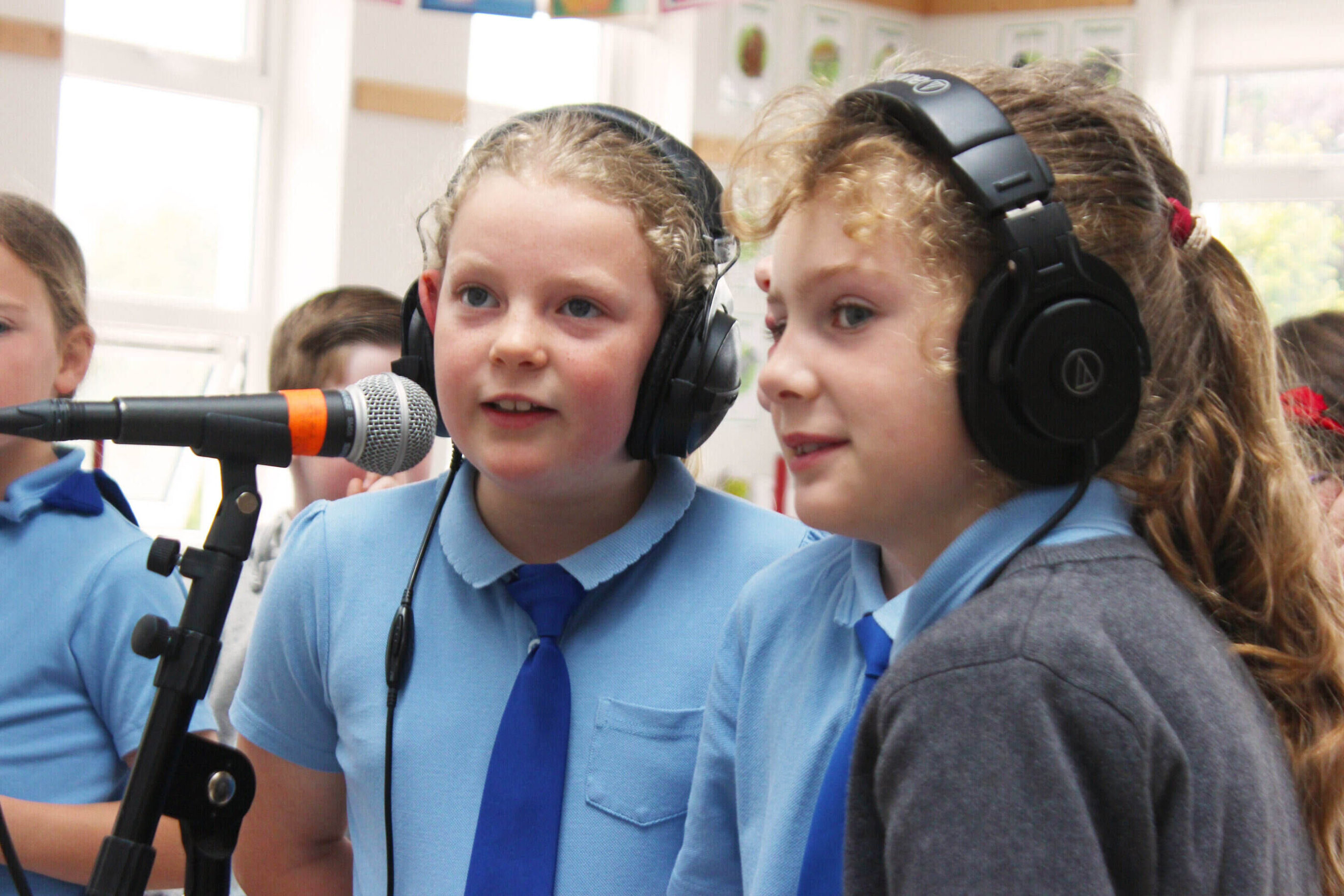 Féile na Gréine is a yearly free music and arts trail around Limerick City which supports new and emergent artists of all musical styles.

Three West Limerick Schools participated in a unique song writing programme that was designed and delivered by the lead facilitator, Marty Ryan of Limerick band Anna’s Anchor. Marty is no stranger to the Limerick music scene either with his band Anna’s Anchor writing a unique album last year entitled “A Glorious Ruction” which is an interactive album based on the three bridges walk in Limerick.

Over 100 students participated in exercises centred around creativity, development and fun. By the end of the programme, each class had written, recorded and mixed a song of their very own creation.

The workshops were designed to have a student-centred approach in which the artists help guide the students towards their own creative goals. Lyrical subjects included school tours, friendship and summer holidays All students were very proud of their accomplishments and involvement in the song writing process.

“These songwriting workshops utilized a mix of pedagogical approaches in music education,” Marty Ryan of Anna’s Anchor commented on the workshops.

“The primary approach taken was that of popular music practices (PMP), this informal learning approach allowed for creativity to flourish and allow the students to explore different musical interests and have fun in doing so. All the students involved actively participated in writing, performing and recording their original songs. It’s a very special thing to help facilitate creativity in young students and they all created amazing songs!”