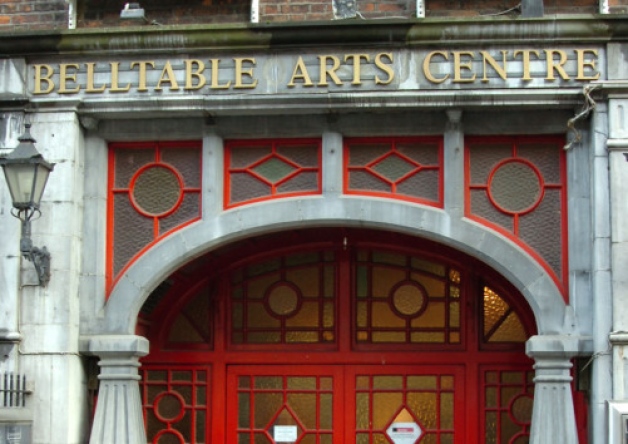 Limerick City and County Council has announced that the theatre space and building at 69 O’Connell Street will be re-launched in the New Year as an arts and culture centre.

A steering committee created to identify the future use of 69 O’Connell Street has recommended that the arts and culture centre be established to benefit Limerick’s thriving small festival, cultural and arts community to provide a legacy from Limerick, National City of Culture 2014.

Since the local authority acquired the entire building last year and following the liquidation of the Belltable Arts Centre, a partnership initiative has existed at the premises between the Lime Tree Theatre, the Limerick Arts Office and The Arts Council under the name of the Limerick Arts Encounter Programme.

This arts programme was awarded an Arts Council grant towards the cost of presenting a range of arts events until March 2014 including theatre, cinema, visual art, music, dance and comedy. This was extended for a further year, to March 2015 on the successful completion of the Limerick Arts Encounter programme.

“Public consultation took place earlier this year to identify the best approach to developing and sustaining a vibrant arts organisation in 69 O’Connell Street that functions as a centrally located multi-disciplinary arts and culture venue and which enriches and enhances the existing arts provision within Limerick,” explained Sheila Deegan, Arts Officer, Limerick City and County Council.

“A report was commissioned by the local authority to reflect the feedback we received from the public and to look at the next steps towards achieving what’s the best option for the venue and the steering committee has taken this on board. The former Sarsfield Credit Union which is beside the theatre space is currently undergoing small refurbishment works and when these works are completed, this premises will be made available as a resource space for arts organisations and small festivals, complementing the existing theatre facilities next door.”

Ms Deegan said the next steps are to put in place plans for the recruitment of a Creative Director to run the new arts centre, which will be a new company and negotiate funding between the local authority and the Arts Council to programme events.

“The Centre will boast an enviable location in the centre of Georgian Limerick and will provide a medium scale performance and exhibition space for both emerging and established artists to present work,” Ms Deegan continued.

“The development of a new municipal arts resource like this will play a key role in facilitating, supporting and enabling Limerick artists in all art forms to develop their practice and create new work. It also allows for the creation and development of small scale, edgy and risk-taking work and will provide the citizens of Limerick with the opportunity to engage with all works of art and an opportunity to experience new and emerging arts practice.”

Louise Donlon, Manager, Lime Tree Theatre, said the Limerick Arts Encounter Programme, which has been running at 69 O’Connell Street for the last year, has been very successful with a high level of engagement by artists and audiences across Limerick.

“The importance of providing Limerick audiences with an opportunity to experience new theatre, art house cinema, contemporary music, literature, poetry and visual arts was made very clear to us through the public consultation process,” she said. “The former Belltable Arts Centre played a vital role in presenting work that was challenging, risk taking and ground breaking and there is a role for the new arts centre to build on that history and allow Limerick audiences to see new and challenging work.”

She added: “The arts infrastructure in the city will be all the better for having a dynamic living space that gives opportunities to young and emerging artists and I look forward to working with the Arts Office of Limerick City and County to help put in place a coherent plan for the support and nurturing of the arts within the various venues throughout Limerick.”

The new Limerick Arts and Culture Centre Ltd will be an independent company with a Board of Directors. The building will remain wholly owned by Limerick City and County Council.

It is expected that the Centre will open in early 2015 once refurbishment works are complete.