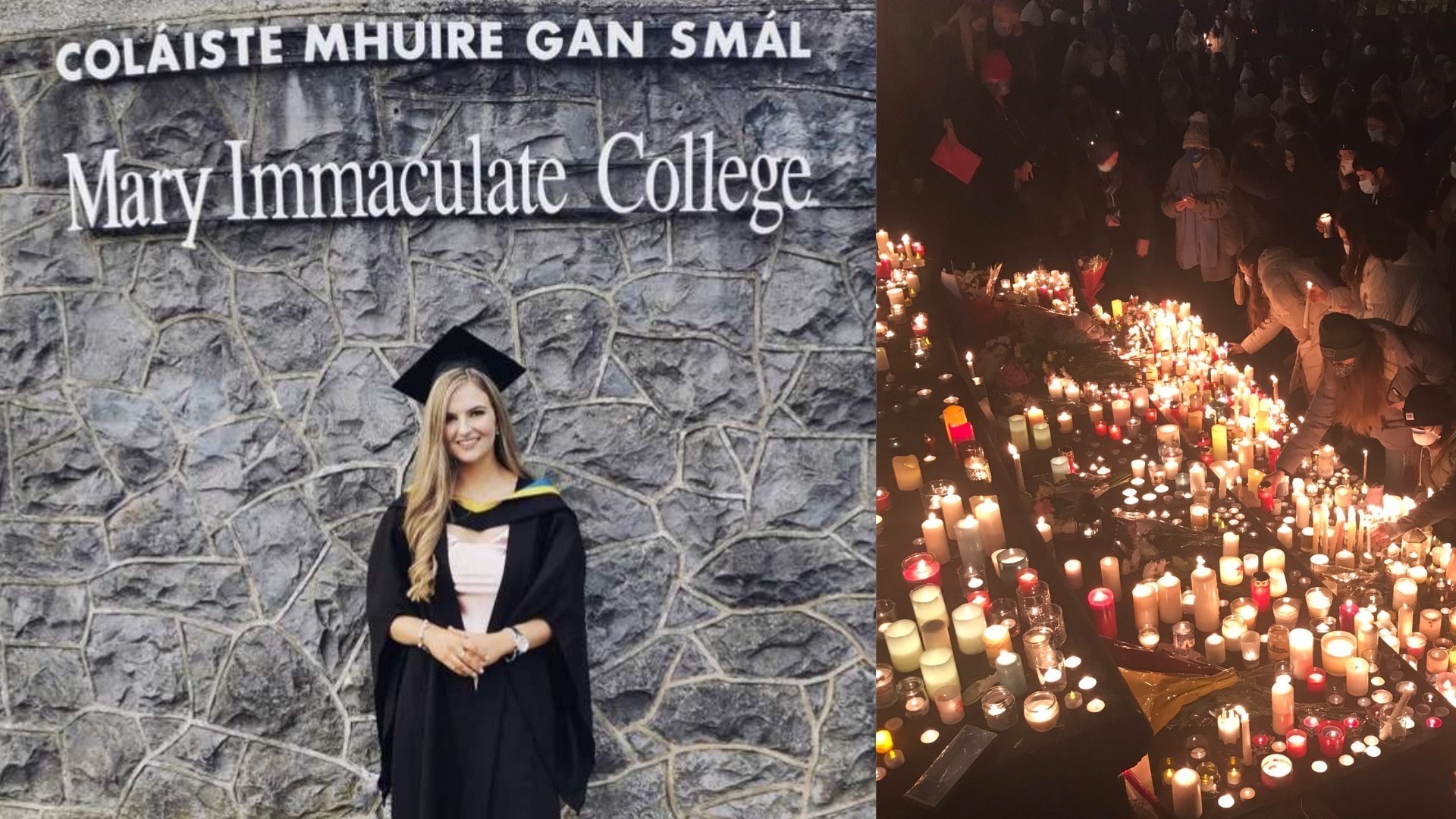 Ashling Murphy funeral – The young teacher’s funeral was attended this morning by the President of Ireland Michael D. Higgins and Taoiseach Micheál Martin. Ms Murphy’s death has sent shockwaves through the country.

A book of condolences has been opened at Mary Immaculate College. A teacher, Ms Murphy graduated from MIC just last August.

The funeral of murdered schoolteacher Ashling Murphy has taken place in the village of Mountbolus, County Offaly, where the Mary Immaculate College graduate played camogie, just a short distance from her family home.

The 23-year-old died last Wednesday, January 12, following a random attack along the banks of the Grand Canal in Tullamore. Ms Murphy, a well-known trad musician, had been jogging in the popular area at the time.

Her funeral was attended this morning by the President of Ireland, Michael D. Higgins, Taoiseach Micheál Martin as well as several state leaders, including education minister Norma Foley.

The young teacher’s death has sent shockwaves through the country, with thousands paying tribute to her life online. Vigils have been strongly-attended in cities and towns across Ireland and as far as London and New York.

A teacher at Durrow National School, Tullamore, Ms Murphy’s first-class pupils formed a guard of honour as her funeral procession arrived at St Brigid’s Church. Each child held a picture of their teacher and a single red rose. Her teaching colleagues walked alongside the procession.

A talented fiddler, Ms Murphy’s local trad group, Ballyboy Comhaltas Ceoltoirí Éireann, performed outside the church. She had played with the group and taught younger musicians over the years.

During the funeral mass, Parish Priest Fr Michael Meade spoke directly to the Murphy family, saying, “Kathleen and Ray, Cathal, Amy and Ashling’s boyfriend, Ryan. You have been robbed of your most precious gift. A gift that gave only joy and love, fun and laughter to many beyond your family.”

“That same love and joy was not kept on a shelf or wrapped up. It was freely given and shared through music, through sport, through Ashling’s vocation as a teacher.”

Representations of Ms Murphy’s short but meaningful life were brought to the altar; a fiddle, a camogie jersey, a school book and a photograph of her family.

On the eve of her sister’s funeral, Amy Murphy invited local musicians to come and play as Ashling was laid to rest in the local cemetery.

The bells of St Mary’s Cathedral rang out half-muffled at 11.30 this morning to mark the young woman’s funeral.

To sign the Limerick City and County Council book of condolences for Ashling Murphy, go HERE