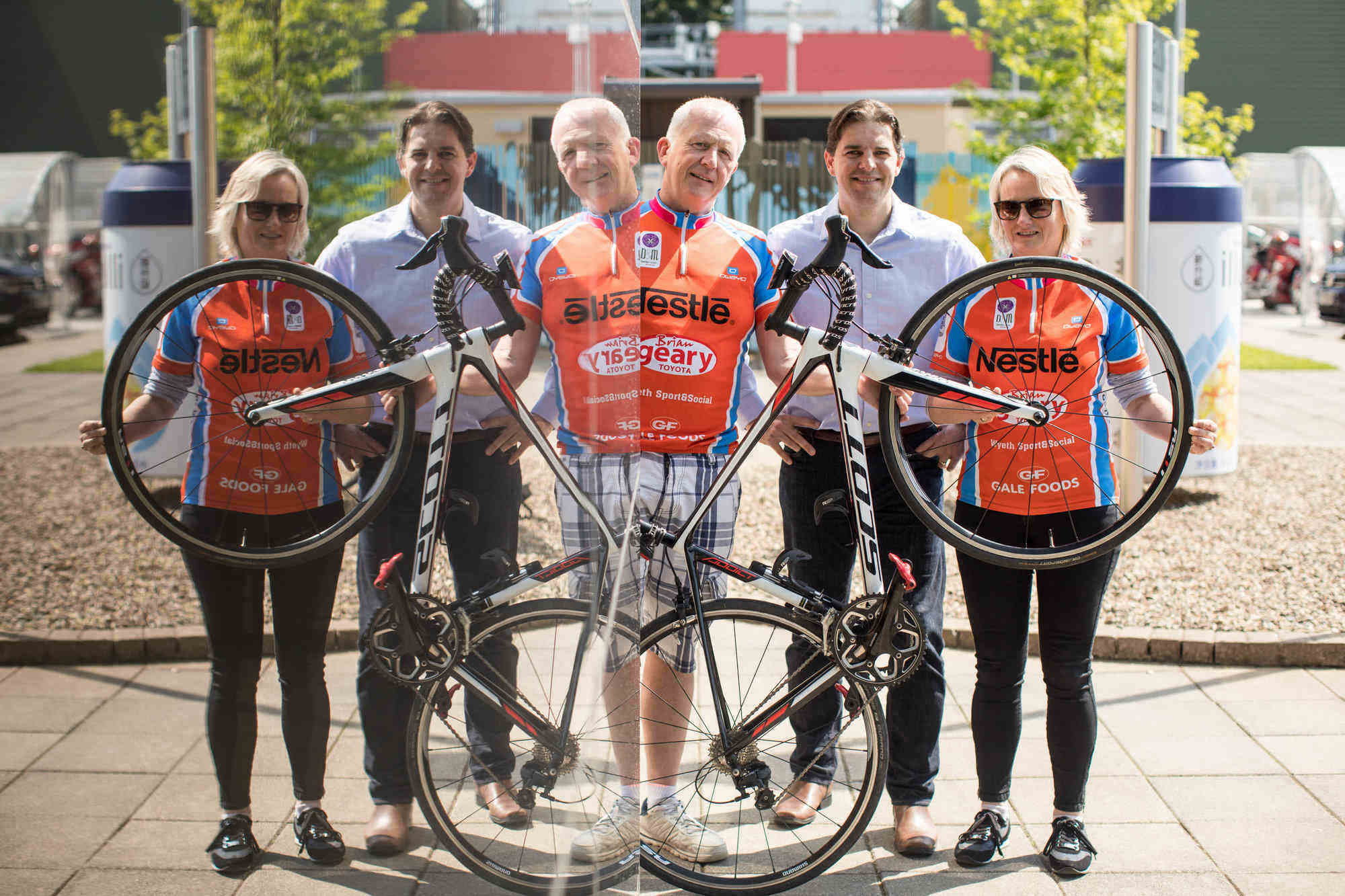 Mike Flynn, Paul Van Rooiji, Factory Manager, Wyeth Nutrition and Mary Mullane, Askeaton Touring Club were on hand for the launch of the Askeaton Touring ClubÕs upcoming charity cycle which aims to raise funds for Down Syndrome Ireland. Supported by Nestle’s Wyeth Nutrition plant, Askeaton, Co. Limerick, the annual 170km cycle over two days on Saturday 23 and Sunday 24 June has been running for a whopping 30 years raising over Û1million for a range of charities since 1988. Pic Sean Curtin True Media.

Askeaton Touring Club recently launched their upcoming charity cycle that aims to raise over €20,000 for Down Syndrome Ireland.  Supported by Nestlé’s Wyeth Nutrition plant, Askeaton, Co. Limerick, the annual 170km cycle over two days in June has been running for a whopping 30 years raising over €1million for a range of charities since 1988. The club started as an idea from a small group of Wyeth colleagues, expanding over the years to involve some 120 people on average at the yearly event. The 2018 ATC charity cycle is taking place on Saturday 23 and Sunday 24 June and there are still places available for anyone interested in participating for part of the route on either of those days.

Colleagues and participants are busy training for the event, which runs from Askeaton to Scariff and back. The money raised this year will provide specific funds to benefit the Limerick services and supports provided by DSI for families with Down syndrome in the county. DSI supports over 3,500 members across Ireland through its specialist services in healthcare, education, early development, speech and language therapy and independence.  For the past year, over 700 employees from Wyeth Nutrition and Nestlé Ireland have been engaging in various staff initiatives to achieve their €70,000 target during the two-year partnership.

Mike Flynn, Askeaton Touring Club states, “The is a very special year for the Askeaton Touring Club, we are absolutely delighted to support the Wyeth staff charity of the year Down Syndrome Ireland which is a cause close to the hearts of our cyclists and indeed colleagues at work. The excitement is really drumming up now for what I hope will be our most successful cycle to date and I urge as many people as possible to get involved in what will be a fantastic two-day event.”

According to Paul van Rooij, Factory Manager, Wyeth Nutrition “We are proud of our long-standing relationship with Askeaton Touring Club which makes a real and tangible difference to many charitable organisations in our local area through the funds they raise. We congratulate them on their 30 year anniversary and look forward to supporting them this year as they raise vital funds that will have a positive impact on the Down Syndrome Limerick children and families in the locality.”

The charity event across the weekend of 23rd and 24th June entails cycling over two days, clocking up an impressive 170km from Askeaton to Scariff and back. The fun-filled weekend event includes an overnight stay at The Inn At Dromoland with breakfast, lunch and evening meal with a one-day option available also. Those interested in participating can find out more information on the Askeaton Touring Club Facebook page.