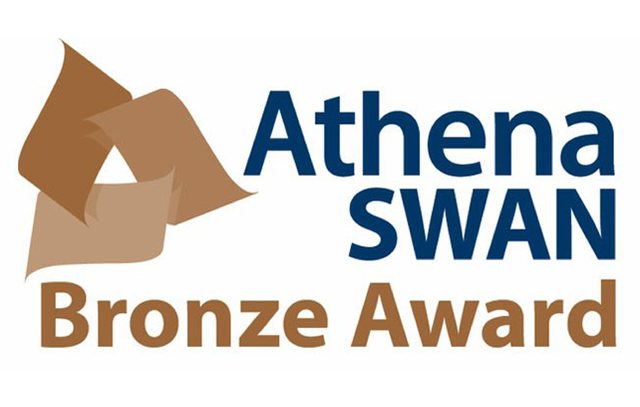 The University of Limerick (UL) and Trinity College Dublin (TCD) and have become the first Irish higher education institutions to receive awards for gender equality under a new accreditation scheme.

The Athena SWAN gender equality Charter encourages and recognises commitment to combating under-representation and advancing the careers of women in science, technology, engineering, mathematics and medicine (STEMM) roles within the higher education and research sectors.

The Athena SWAN gender equality award recognises and celebrates good practice in recruiting, retaining and promoting women in STEMM (science, technology, engineering, mathematics and medicine) in higher education.  The University of Limerick and Trinity College Dublin were the only and first Irish institutions to receive the Bronze Athena SWAN award.  The Athena SWAN initiative is run by the Equality Challenge Unit (ECU), which is currently celebrating ten years, and works to further and support equality and diversity for staff and students in higher education institutions across the UK and in colleges in Scotland.  During 2015, the UK-based ECU announced that they would, for the first time, make access to their awards system possible outside of the UK by allowing Irish higher education institutions to sign up to the Athena SWAN Charter for women in science from Autumn 2014.
10 applications from Irish HEIs and departments were submitted to the Equality Challenge Unit. Of those submitted UL and Trinity College are the first to receive Bronze Institution Awards.

Responding to the announcement, Ruth Gilligan, Manager of the Athena SWAN programme, said ‘We’d like to congratulate Trinity College Dublin and the University of Limerick on their success. They worked extremely hard on their submissions and we are delighted that their efforts have resulted in a successful outcome. We’d also like to congratulate and say a big thank you to all of the institutions who submitted applications. The submission process is in itself, rigorous and time-consuming, and these institutions have ably demonstrated their unwavering commitment to gender equality by participating in it’.

The University of Limerick’s Vice-President Academic and Registrar, Professor Paul McCutcheon said “UL is delighted to be one of the first Irish Institutions to be awarded the prestigious AS Institution Bronze Award.  This is an exciting development for the Higher Education Sector in Ireland. In UL we recognise that it is in the strategic interest of the University to ensure that all our people are enabled to achieve their full potential ensuring equality of opportunity for all our staff and students.    The Athena SWAN process provides us with a clear framework through which gender equality can be measured and improved upon across the institution and particularly within our STEMM departments.  Our institutional strategies should lead to higher numbers of female students in STEMM disciplines, higher levels of female applications for positions and promotions, resulting in increased numbers of females within STEMM realising their full career ambitions.

According to figures released by the HEA recently the University of Limerick continues to have the highest percentage of women at professional level in the country, 31% or almost one third of professors at UL are female. This compares to a national average of only 19%.
The University of Limerick is also leading a project which is supported by the ‘Progress Programme’ of the European Union as part of a suite of initiatives exploring gender equality in the EU. GEM (Gender Equality in decision Making) is led by the Human Resources Division in UL in conjunction with the Kemmy Business School, the national employer’s federation IBEC and industry partners Dell EMEA, with other European higher education Institutions. The project’s particular focus is on the impact of HR-related practices, i.e. selection, performance management and promotions/advancement on gender equality in decision making within organisations. UL is also a key partner and the only Irish University in a European Commission FP7 Funded cross national 5 year Project 2012-2017, FESTA – Female Empowerment in Science and Technology in Academia which is concerned with implementing changes in the working environment of academic researchers.

The UK-based gender equality organisation has been operating the awards in the UK for the past 10 years and it was invited to extend its programme to Ireland amid rising concern here about the under-representation of women in leadership roles in Irish universities. The organisation said the average success rate for first-year applicants for a bronze award in the UK had been 50-55 per cent over the past five rounds.