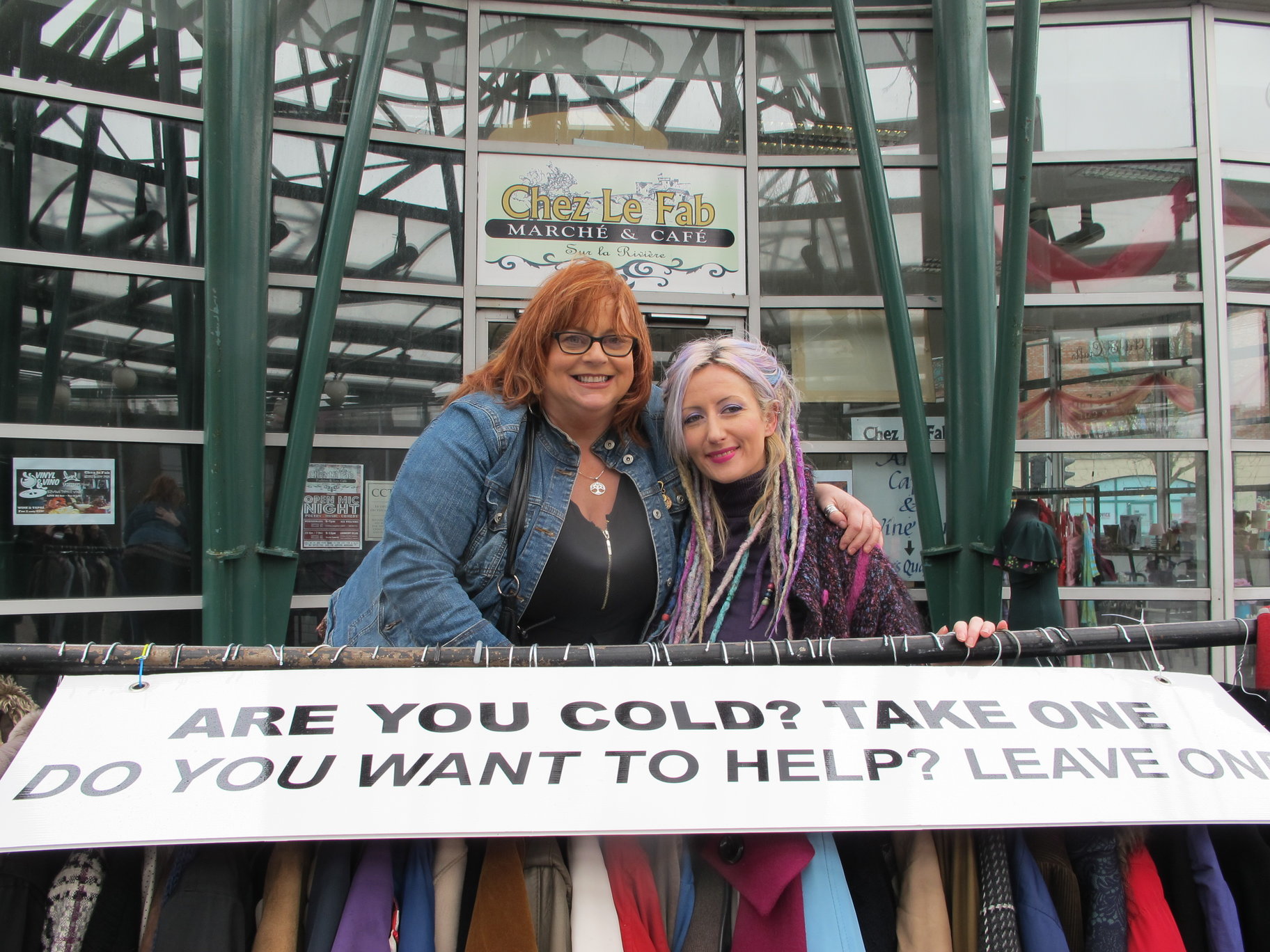 Audrey Ryan, local artist and supporter/fundraiser for Novas, has recently set up a #DonateACoat  24/7 appeal with Lesley Anne Liddane of Chez le Fab to help as a part of the #ActOfKindness initiative. Audrey has been very involved in the homelessness crisis in Limerick, especially over the past five years throughout which she worked with Novas.

NOVAS are a non-profit organisation based in Limerick, working with single adults, families and children who are disadvantaged and socially excluded; primarily those who are homeless or at risk of being homeless. To fundraise for Novas, over the Christmas period Audrey organised a #decoratetodonate campaign in which people would take a photo of their Christmas Tree once decorated and text NOVAS to 50300 to donate €4 and then upload the picture along with the receipt of donation to their social media pages along with the hashtag #decorate to donate. The campaign raised over €900 in total.

The #DonateACoat is yet another one of Audrey’s Campaigns to help the homeless. After reading about a similar campaign in London which was very successful, Audrey began her search. She posted on Facebook searching for a rail, hangers and most importantly a place to set up. Once Lesley Anne Liddane, co-owner of Chez le Fab, saw the Facebook post she contacted Audrey offering the sheltered canopy space beside Chez le Fab as a space to set up the #DonateACoat campaign.

The rail was set up last weekend encouraging those who want the help to “leave one” and for those who need help to “take one”. Audrey has commented on the success of the #DonateACoat campaign “It’s rocketing now, between people coming in to get the coats and others contacting me about the campaign”

Audrey also praised the people of Limerick for their kindness and support “When you need help, everybody in Limerick will get behind you to help”.

Audrey went on to speak about the success of the campaign stating that she gets almost a hundred coats a day and she is overwhelmed by the community response to help Limerick’s homeless.

The positive effect that the #DonateACoat campaign has had for Limerick’s homeless is already evident. Audrey spoke about a homeless man she met on Cruises Street who stopped her to thank her for starting up the campaign “He was wearing a coat, hoodie and a pair of gloves that he had gotten from the rail outside Chez le Fab”.

With the success of the #DonateACoat campaign, Audrey spoke about her hope to expand the campaign saying “I’d love this to go to every town and city in Ireland”

She added “There’s homeless everywhere, and there’s always a rail somewhere, and everyone has old coats at home that they’re never going to wear, I just want people to pay it forward. You don’t know if someday that’s going to be you or someone you love”.