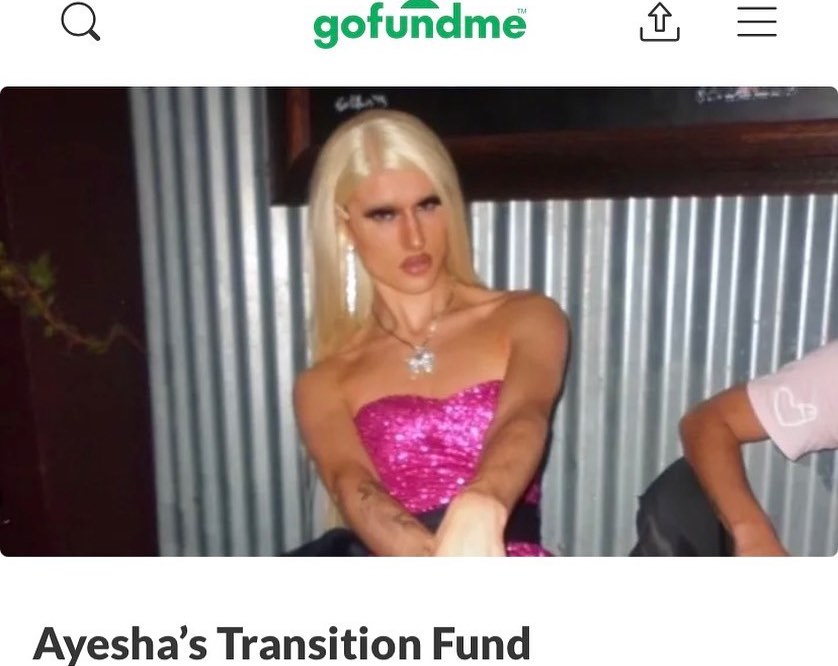 LSAD student Ayesha has set up a GoFundMe page in order to raise funds for her transition.

In the last year, she realised her true identity as a trans woman and is now raising money for facial feminisation surgery and body sculpting.

Commenting about the Ayeshas Transition Fund GoFundMe she said, “I have found dysphoria becoming a lot tougher on my mental health recently, alongside the stress of the increased cost of living and fashion internships draining any money that I had saved up already for these procedures.”

Ayesha is in her third year of fashion design at the Limerick School of Art & Design, and she says that most of the savings she has made from her part-time job, as well as being a DJ, will need for her unpaid internship next year.

Aside from the financial aspect of her decision to make the fundraiser, she also says how the money raised from Ayeshas Transition Fund will help her express her true self saying, “I guess I’m doing it to finally be happy. Looking in the mirror every day, a regular person would probably think how they hate their nose or how they’d like to change the colour of their hair. People are always going to have insecurities about themselves.

It’s not about something fickle like beauty, it’s about expressing what’s on the inside, on the outside. And being able to walk down the street comfortably without somebody saying you’re a man.”

In just four days, €1,216 of the €25,000 goal has been achieved, and Ayesha admitted how the reaction to the Ayeshas Transition Fund GoFundMe page came as a surprise.

She continued, “I thought it was going to be nothing, I thought that people were just going to gloss over it and go about their lives. I’m so grateful for all the love and support.”

Vicky Phelan Freedom of Limerick ceremony to be streamed live on Limerick.ie