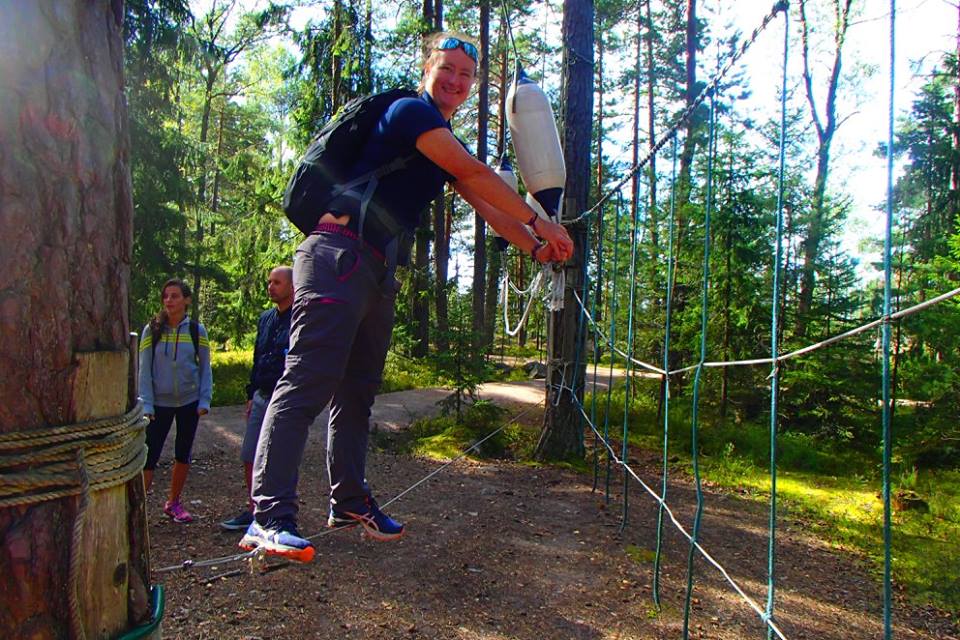 This May marks the centenary of the 1919 rescue of Seán Hogan, a captured member of the Irish Republican Army. Hogan was one of the most wanted men in Ireland at the time of his rescue, due to his role in the Soloheadbeg ambush. The week-long centenary commemorations will take place from Sunday, May 12 – 19. Activities will include music, drama, commemoration services, history seminar and The Rescue train, recreating the journey of Seán Hogan to his rescue at the station in Knocklong. A series of events will run in Knocklong this month to mark the centenary of The Escape of Seán Hogan. During the month of May, families will also get the chance to explore their own heritage with ‘Trace Your Family’ workshops organised by Ballyhoura Country. While May will be a month to explore local history, it also offers the opportunity to prepare for the future with plenty of activities on offer to get you outdoors and energised.

The Lampóg Theatre’s weeklong drama series, The Big Four, is an immersive theatre experience recounting the story of the rescue of Seán Hogan from the Station in Knocklong. For the first play The Dance, partake in the dancing and watch the drama unfold on Sunday, May 12. The Plan is the second play in the drama series which will re-enact the planning of the rescue in and around The Square in Galbally on Tuesday, May 14. The Escape, follow the actors as they trace the escape route taken after Seán Hogan’s rescue, a promenade drama through Glenbrohane and Glenlara on Thursday, May 16. The culmination of the festival – The Trial – is the final play in Lampróg Theatre’s The Big Four and will be held in Knocklong Community Hall on Sunday, May 19.

On Monday, May 13 at 7.30pm, there will be a wreath laying at the Railway Plaque, a local commemoration on the date of the centenary of the original rescue, followed by the launch of John Connors’ new book, Seán Hogan – A Troubled Journey at 8 pm. Join County Limerick Youth Theatre’s stage version of The Rescue in Knocklong Community Hall Wednesday, May 15th at 7 pm. Come sing Songs from the Struggle in The Hill Bar, Knocklong Thursday, May 16.

Oliver Doyle presents a two-part lecture in the Community Hall in Knocklong, focusing on the importance of the railway, its impact on the locality and a look back at the rescue of Seán Hogan and the subsequent trial on Friday, May 17. On Saturday, May 18, there is a full programme of events with a history seminar, “Knocklong from the Outside”, with speakers Liz Gillis, Dr John Borgonova, Seán Hogan and Padraic Og O’Ruairc. This will be followed by the National Centenary Commemoration of the rescue of Seán Hogan at 2 pm. There will be a reception in Knocklong Community Hall with a presentation of pictures and stories from the rescue by Tim Ryan, followed by a talk from Chris Clair about his mother, Mai Moloney. Later that evening The Army Band in concert will bring a lively night of classic numbers.

Two ‘Tracing your Family History’ workshops take place in Mitchelstown on May 10, and Kilmallock, May 24-25 as part of the nationwide Bealtaine Festival. For more information go to Bealtaine.ie.

Discover the history around you.

Ballyhoura Country is rich in history from medieval towns to neolithic sites. Discover Ireland’s best preserved medieval town when you visit Kilmallock set in the lush heartland of Ballyhoura. Visitors to the Lough Gur Heritage Centre can find out about the rich heritage of Lough Gur by visiting the interactive multimedia exhibition that brings to life over 8,000 of archaeology and history. Two miles north of Kilfinane you will find Cush Earthworks, an extensive complex of ancient fields and enclosures from the Bronze to Early Christian era were discovered. Panels on the 1932 excavations are on display in Ballinvreena Community Centre.

The Mitchelstown Cave is considered one of the most spectacular caves in Europe. Visitors are shown daily through almost a half mile of this world-famous showcase which includes three caverns, in which visitors are surrounded by indescribable dripstone formations stalactites, stalagmites and huge calcite columns. Starting in the village of Galbally Darby’s Bed walking loop takes you to the pinnacle of a 265m high hill north-west of the village where there is a megalithic passage grave known as The Fort of the Three Pillar Stones. The fort is perhaps 6,000 years old and is known locally as ‘Darby’s Bed’.

With the onset of summer, take the opportunity to participate in a 6-week Adventure Boot Camp at the Ballyhoura Mountain Bike Trailhead beginning on May 2 and continuing every Thursday from 6:00- 7:00 PM until June 6. The boot camp is run by an experienced coach and designed for all levels of fitness. Enjoy a series of fun exercises in the invigorating and restorative outdoor environment. For tickets and more information go to www.eventbrite.ie

The Ballyhoura Mountain Marathon will take place on Saturday, May 5. There are four events during the day. The Ultra Marathon starts at 6.30 am, while the Marathon begins at 8.30 am and the Half Marathon gets underway at 10.30, followed by a 10km event at midday. All registration is done through the IMRA website online, in advance of the event. For more details check out the IMRA website.

Related Topics:ballyhouraCentenaryLimerick HistoryThe Escape of Seán Hogan
Up Next