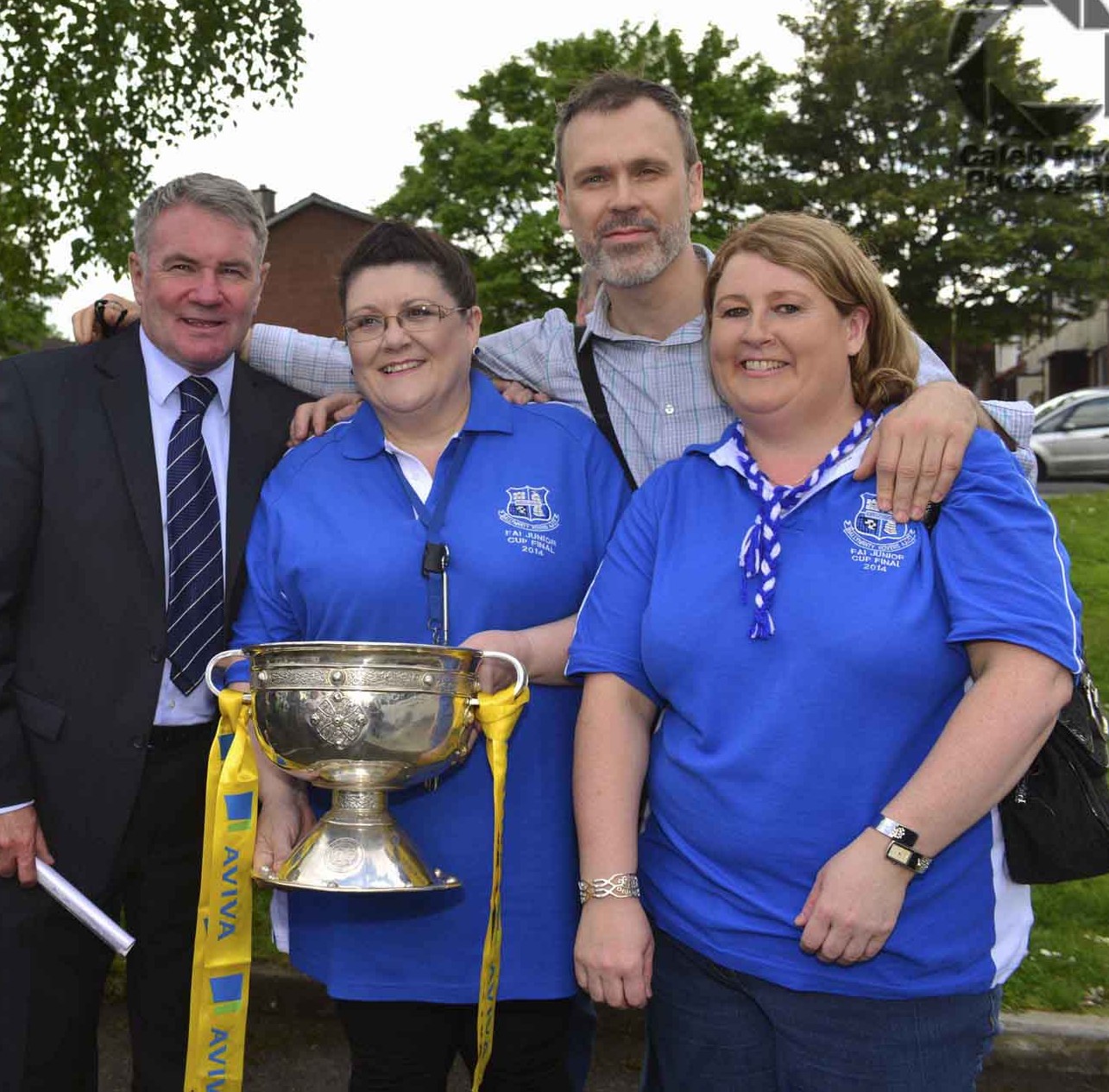 St Munchin’s Community Centre hosted a community day on behalf of Ballynanty Rovers FC to celebrate the team reaching the final of the FAI Junior Cup. Linda Ledger of St Munchin’s Community Centre said, “We wanted to help Ballynanty Rovers because they don’t have their own clubhouse. They don’t have their own venue to bring people, so we wanted to show that the community is 100% behind them.” The event presented a chance to both celebrate Ballynanty’s success in the Junior Cup, and the community itself. All teams in the FAI Junior Cup – one of the biggest trophies in Europe, considering the number of teams in it – were required to secure a venue and release a single. The single is a take on the classic song “500 Miles” by the 90’s band The Proclaimers, which was recorded and tailored for the team by Limerick band The Mad Hatters at the Learning Hub recording studios in Limerick. Having witnessed the atmosphere and commitment at this community day, it isn’t hard to believe that the supporters really would “walk 500 miles just to see Ballynanty score”. Gathered outside the Centre, the crowd welcomed not only their team, but also the rest of the crew from the FAI Junior Cup Community Tour, including Ireland’s football legend Ray Houghton. The team was lead to the Centre’s entrance by a marching band, and a short panel discussion about Ballynanty’s chances of winning Sunday’s match was held under the watchful eyes of the fans. Inside the Centre, the crowd was then treated to amazing performances by both the ladies from St Munchin’s line dancers and kids hip hop dancers ‘Flawless’. Mr Houghton praised the “enthusiasm of the fans and the enthusiasm of the community centre”. He reckoned that with this spirit, they will sure have a great day on Sunday, and wished the team the best of luck.