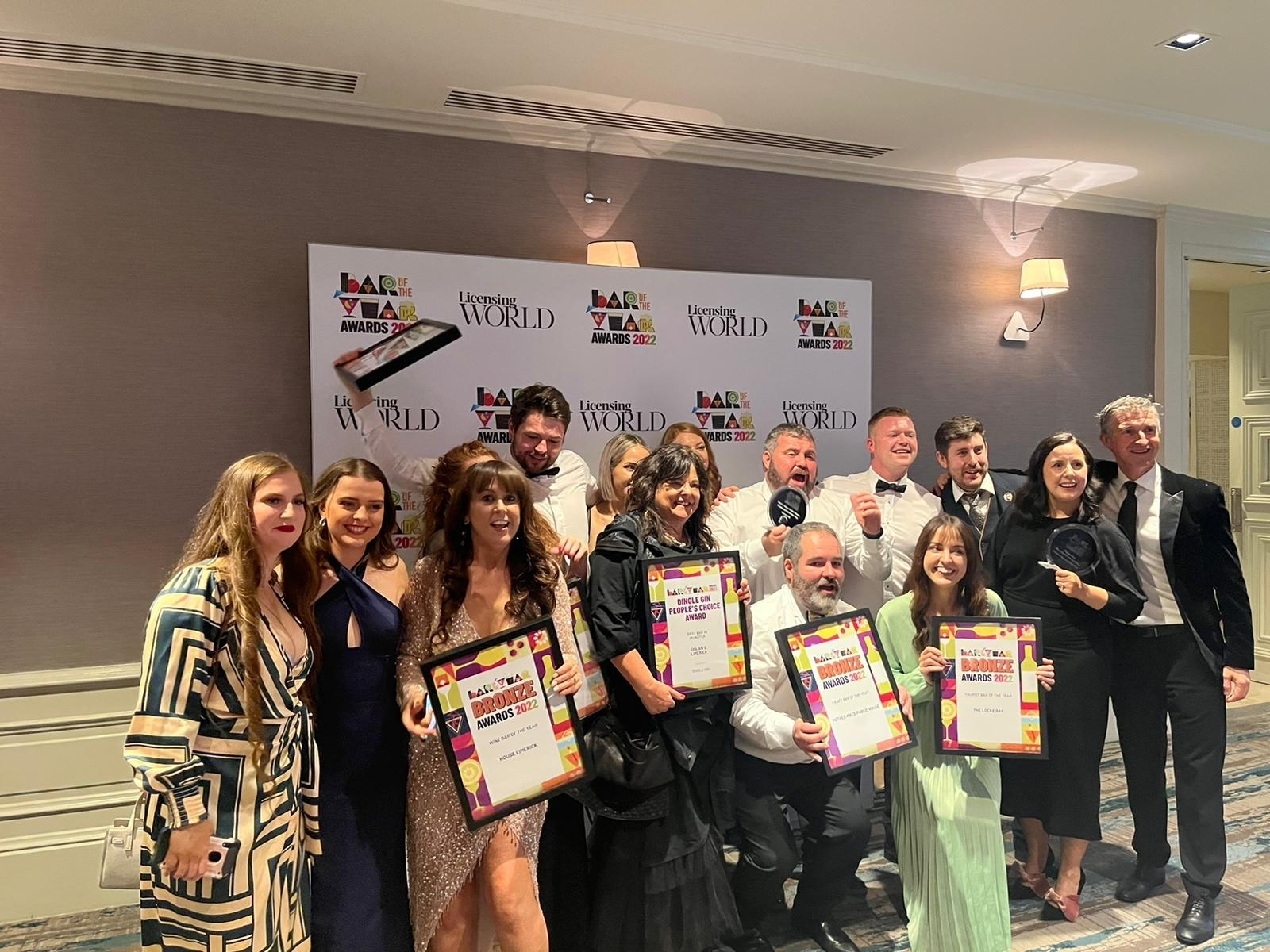 Limerick wins big at the Bar of The Year Awards

Representatives from Dolans, Mother Macs, House, 101, The Locke Bar, Adare Manor, and Fitzgeralds Woodlands House Hotel at the 2022 Bar of the Year Awards.

Seven well-known and loved Limerick bars received well-deserved recognition at the Bar of the Year Awards in Dublin on Monday, August 22.

The awards have been running for seventeen years and are an extremely prestigious event for those in the bar industry. The 2022 awards are the first to be held in person since the Covid-19 pandemic.

Dolan’s Pub came out on top, named overall winner of the Dingle’s Gin People’s Choice Award, along with also being crowned People’s Choice for the Province of Munster. Additionally, they received a silver award for Best Live Entertainment Bar.

Dolans, which has been open for over twenty years, is a treasure in Limerick and is the perfect place to have a drink and or attend an event.

The venue, owned by husband-and-wife Mick and Valerie Dolan, took to Twitter to thank their supporters, saying, “Thank you to all our staff, family, music community and loyal customers. We are delighted to win these awards. It means so much to us all, we are beyond chuffed.”

Mother Macs Public House also took home not one, but two awards. They received the Mad March Hare Gold Award for Traditional Bar of the Year, along with a bronze award for Craft Bar of the Year.

Owners and brothers Mike and James McMahon could not contain their joy, commenting online, “We are speechless.”

The family business opened in 2015 and quickly established itself in the pub industry, becoming highly popular for its craft beer selection.

To see the full list of Bar of The Year Award winners, go HERE