Home / Culture / Get inspired with Limerick’s Gaelic manuscripts at BARÁNTAS

Get inspired with Limerick’s Gaelic manuscripts at BARÁNTAS 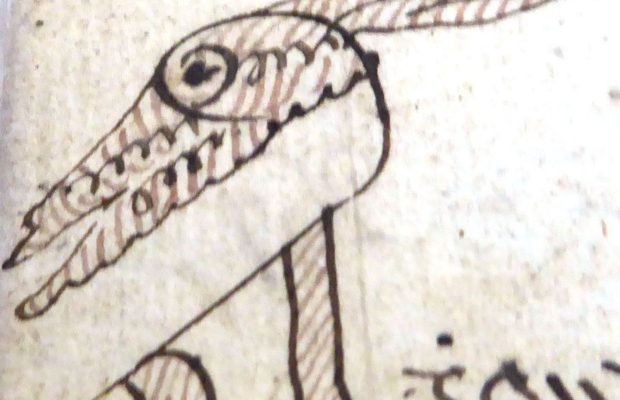 BARÁNTAS will consist of an exhibition of Limerick’s Gaelic manuscripts. Educators, representatives from arts organizations, cultural and civic leaders and the general public are invited to join in the discussion.

Get inspired with Limerick’s Gaelic manuscripts at BARÁNTAS

Limerick’s amazing Gaelic manuscripts are a relatively untapped resource in the civic, cultural and creative life of the region. What do we have? And how might we engage with this fascinating material? This Friday you are invited to come find out and be inspired!

BARÁNTAS, taking place on Friday 27 April from 2-5pm at Mary Immaculate College, aims to draw attention to the potential of Limerick’s Gaelic manuscripts as a creative and cultural resource for Limerick and the Mid-West. The free event, which is open to the public, will consist of an exhibition of Limerick’s Gaelic manuscripts. Educators, representatives from arts organizations, cultural and civic leaders and the general public are invited to join in the discussion and hear from leading scholars and practitioners about the many dynamic ways in which we can engage with the manuscripts.

Co-organisers of the event, lecturers from MIC, Róisín Ní Ghairbhí and Stiofán Newman believe that “Limerick’s amazing Gaelic manuscripts are a relatively untapped resource in the civic, cultural and creative life of the region,” Limerick scribes formed part of a dynamic network of Munster scribes operating in the eighteenth and nineteenth century and their manuscripts – containing poems, songs, stories and historical and spiritual material – are preserved in libraries and institutions across Ireland and overseas. Some manuscripts are still here in Limerick, including the De Bhál collection in the Diocesan Archives in Henry Street.

Speaking in advance of the event Róisín Ní Ghairbhí said, “Many Limerick people will have heard of the poets of the Maigue and their association with places like Kilmallock, Croom, and Adare but there are scores of other scribes and poets. In fact, Limerick had a particularly rich manuscript culture. We are so lucky that our manuscripts provide us with this fascinating snapshot of eighteenth and nineteenth-century culture – after all, a majority of Limerick people were Irish-speaking right up to the Famine.”

Continuing she said that there are real gems to be found recounting the story of one scribe, Eoin Ó Cathail from Templeglantine, who emigrated to America, composed poetry describing the frontier life adventures of an Irishman after the American civil war, including his capture by American Indians! Another scribe, Thomas Geoghegan from Barna, was a school teacher and a piper with a huge interest in songs and his work showcases the amazing repertoire of song that was in County Limerick in the nineteenth century.

BARÁNTAS is taking place this Friday, April 27 in room G10 of the Mary Immaculate College from 2-5pm.

Also speaking in advance of Friday’s event was Stiofán Newman who believes that Limerick is “particularly fortunate in having had a long tradition of scholars engaging with the material and believes that the manuscripts are a dynamic resource, capable of being re-imagined visually, musically or artistically.”

Stiofán himself will be on hand on the day, facilitating a roundtable discussion with Pádraig Ó Cearbhaill, scholar, and singer; Úna Nic Éinrí, scholar; Cathal Poirtéir, radio producer and former chairperson of IMRAM Festival and David Bracken, Limerick Diocesan Archives.

The title for the event – BARÁNTAS- echoes the term used by the poets to summon friends to their convivial poetic gatherings- it is a call to action combined with a social gathering. BARÁNTAS will also cater for those with little or no previous knowledge of the manuscripts – personal headphones will provide a simultaneous translation of the Irish language material.