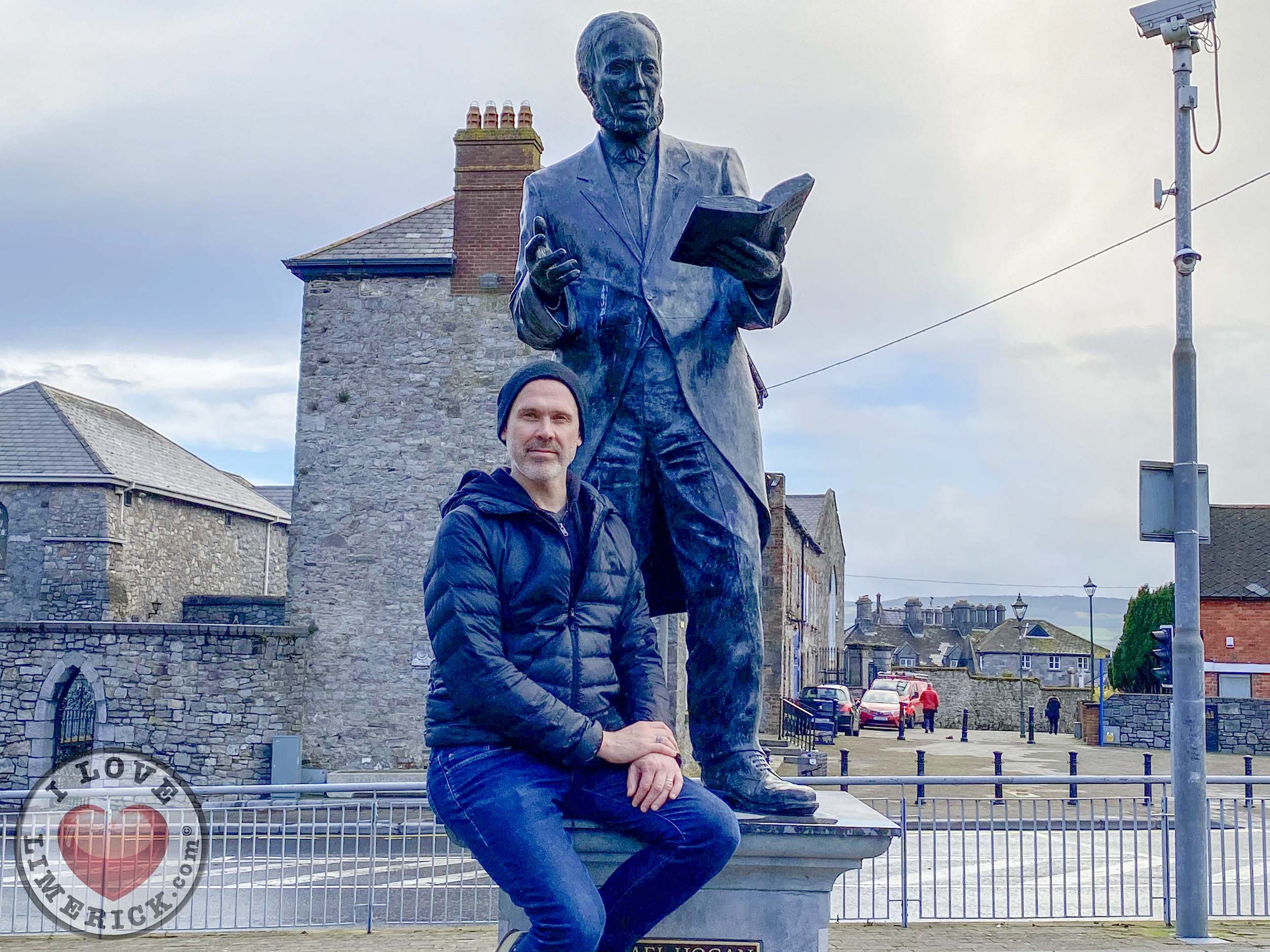 Bard of Thomond – The history of Limerick writer Michael Hogan

Bard of Thomond – The history of Limerick writer Michael Hogan

A historical Limerick Legend known for his prolific works of poetry, Michael Hogan was born in New Road, Thomondgate, in 1832. He was one of six sons born to Arthur Hogan and Mary Nolan and was baptised in St Munchin’s Church. Arthur Hogan was a wheelwright at Stein’s Distillery and a musician who played the flutes and fiddles he made with his own hands. Given Arthurs’ profession, it is probable that Michael Hogan derived his love for creativity and of the arts from his father from a young age.

Hogan was educated at the Christian Brothers School, which was at the crossroads in Thomondgate. In school, Hogan wrote his first poem at only eight years old, which became the first of many.

When Hogan was a teenager, he and his family experienced prolonged periods of hunger during The Great Irish Famine (1845–1848), which influenced his writing in his later years.

As a young man, Hogan worked in Russell’s Mills, located next to the canal, where he met the clerk, William Doyle, who influenced young Hogan in developing his passion for writing. While working at the mill, he wrote his first epic poem on ‘Kincora’ and ‘Brian Boru’, but he failed to find a publisher and, in a fit of rage, threw his works of writing into a fire!

Soon afterwards, his first book of poetry called ‘The Light of Munster’ was published, but they did not sell as well as Hogan had hoped, so he gathered the unsold copies and set about trying to sell them himself throughout the province of Munster. This was also unsuccessful and within the year, Hogan had returned to his job in the mill.

Later in life, things turned around for Hogan as he settled down and married Limerick woman Anne Lynch in 1858 in St Mary’s Chapel and moved with his wife to Nicholas Street.

Further success followed Hogan after his first published works appeared in the Anglo-Celt, The Irishman, The Nation, Munster News, and the Limerick Leader. His results, ‘Lays and Legends of Thomond’, were first published in Limerick in 1861.

However, Hogan faced another obstacle when he embarked on issuing a series of satirical publications, which resulted in outraging prominent figures in Limerick city. These satirical pieces achieved enormous circulation and caused a tremendous scandalous sensation at the time.

His epic verse ‘The Drunken Thady and the Bishop’s Lady’ tells the tale of the vengeful wife of the Bishop of Limerick and the night she met the drunk known as Thady. The Bishop’s wife led a life of vice, and while alive, she roamed the city streets picking fights. After her death, she continued her evil ways.

The Drunken Thady was also a ne’er-do-well from Thomondgate who would drink himself into a stupor while evading the police. One night on his way home, he met the Bishop’s wife, who intended to take him to hell. She managed to toss him over the Thomond Bridge, and he landed in the river. This is where he repented all his sins and asked God for forgiveness, vowing to live peacefully if his life was spared. Indeed, his life was spared, and he was the Drunken Thady no more.

In 1886, Hogan and his wife moved to New York. A fund was raised locally to persuade Hogan to return to Limerick, which he did three years later. On his return, he worked for the Corporation as the caretaker of the King’s Island Bank walkway for £1 a week!

Although there was an intention of publishing the second volume of his ‘Lays and Legends of Thomond’, it never came through due to his lack of funds and failing health and eyesight. He died at 8 Rutland Street in 1899 and was buried in Mount Saint Lawrence Cemetery.

In 1994 there was some controversy as to the importance of Hogan as a poet. Although he was well received in Limerick, he was not perceived as a poet of influence, such as Yeats. This was chiefly attributed to his primary education and his gruff demeanour that came through in his poetry. What cannot be denied is the impact he had at the time and with future generations.

Michael Hogan was an example of a successful creative who never gave up; he failed many times but only drew from his hardships to pursue his love and passion for writing, despite what other people thought of him, and the sentiment behind his resilience stands against the test of time as a lesson for all of us to apply to our own lives. The legacy of the ‘Bard of Thomond’ lives on!