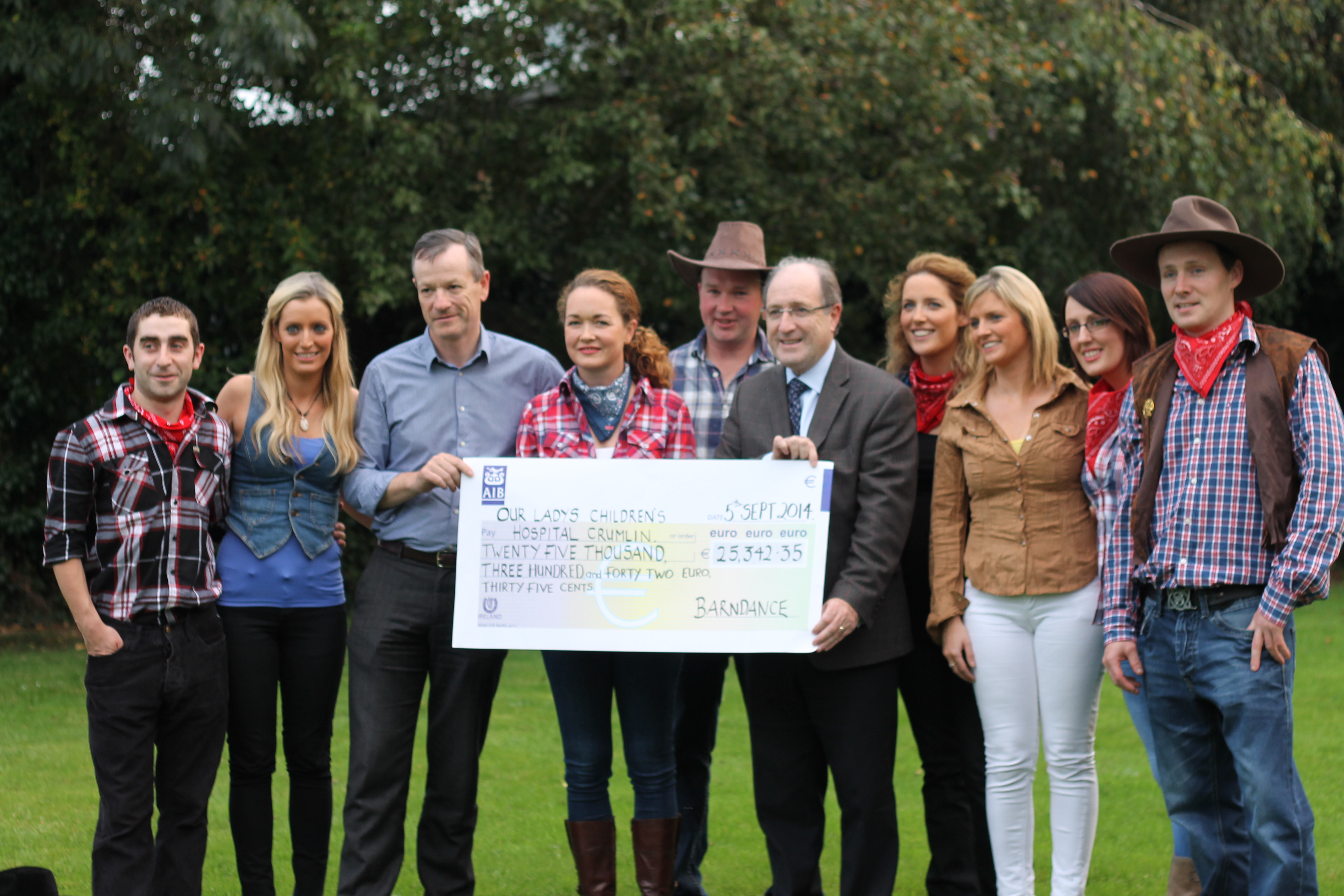 The concept of a Barn Dance as a fundraiser for charity has captured the spirit of hundreds of people over the past four years. The idea was born when two committee members relished the experience of the Full Moon Party in Thailand. Family and friends were accumulated and a committee was organized to set about raising funds for charity. The idea was then adapted to suit the Irish lifestyle and culture with the event being launched on Niall O’Callaghan’s farm in Kilmeedy, and what started off as a derelict hay barn was transformed into a mecca for cowboys and cowgirls on the first full moon of the summer. Live bands, DJs, pig on a spit, BBQ, air shows, fire breathers and plenty porter have the usually quiet area of Ballinruane Woods come alive for one night a year. Hundreds of people came to eat, drink and soak up the unique atmosphere, and many a romantic match was made on the night.

The initial Barn Dance was held in aid of St. Gabriel’s School and Centre, Dooradoyle, Limerick; €18,272.66 was raised and used to fund the hydrotherapy pool. In 2012 the chosen charity was the Jasmine Ward, St. Ita’s Hospital, Newcastle West; €17,410.99 was raised and used to fund an end of life care equipment package, which benefited cancer patients in their homes. In 2013, Pieta House Limerick received €16,251.45 which was used for the allocation of weekend therapy hours. The final year, 2014, Barn Dance was held in support of St. John’s Ward, Our Lady’s Children’s Hospital Crumlin raising €25,342.35. The money will be used to assist the development of parents’ accommodation within the ward.

A kiddies disco was also held this year and proved to be a great success. The additional monies raised amounted to €2,131.20, the sum was donated to a local worthy cause; the Dromcollogher Respite Centre.

Over the four years we have received phenomenal support from both locals and people further afield. The committee have been overwhelmed each year with the outstanding generosity and kind support of so many people. We would like to take this opportunity to thank the hundreds of people who attended the Barn Dance, the volunteers who gave of their time freely and the many, many sponsors whose donations of time and money made the event possible.