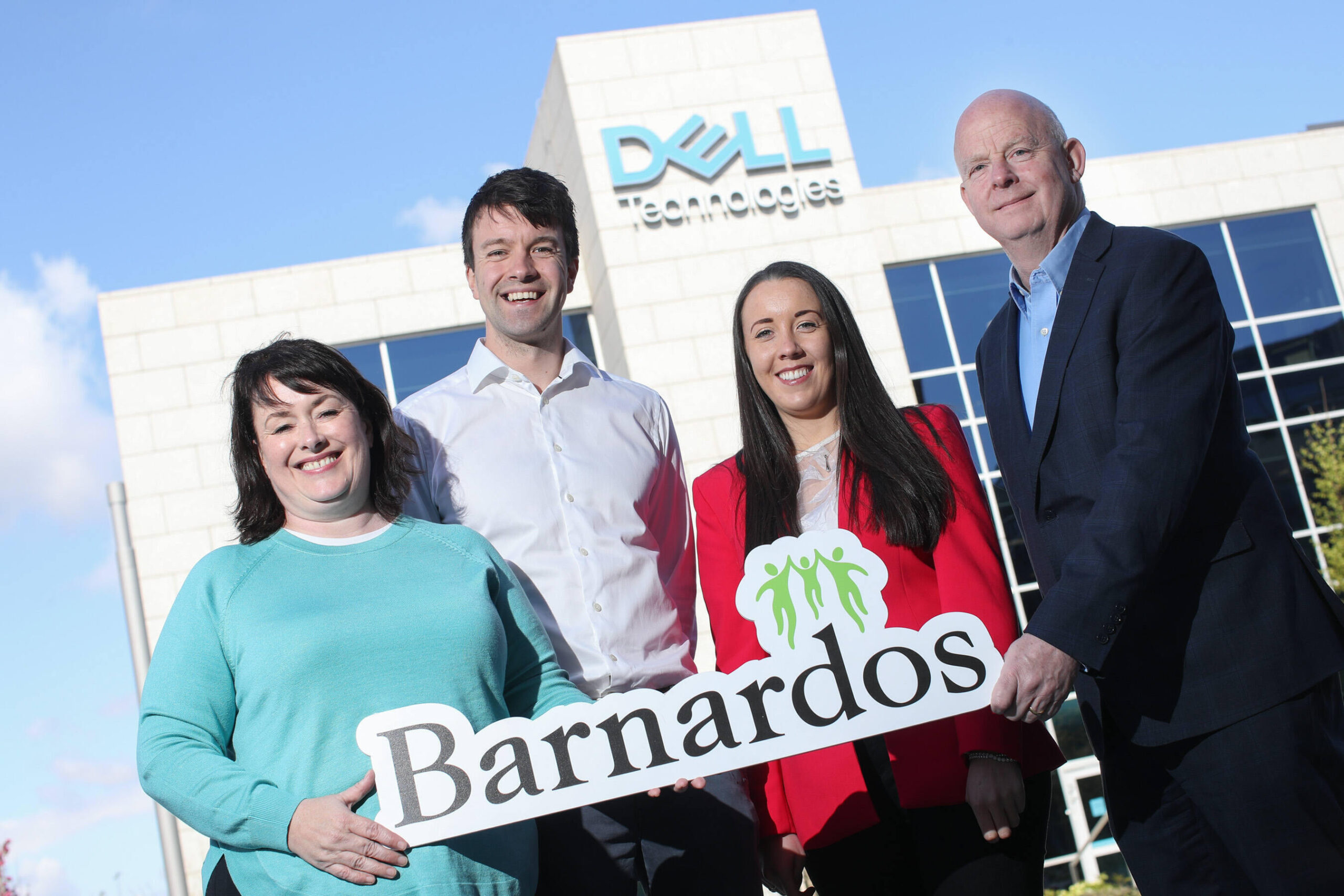 To date, the partnership has helped to provide 25,000 hours of family support & 600,000 meals to vulnerable children

Barnardos has announced that Dell Technologies has committed to extending its current five-year partnership with the children’s charity as it works to support the most vulnerable in communities across Ireland.

Since 2017, the Dell teams in Dublin, Cork and Limerick have volunteered their time to support the organisation’s core work including sharing expertise for an organisation-wide digital audit, supporting the shift to virtual and hybrid working and supporting social media monitoring for major campaigns.

The Barnardos Dell partnership between Barnardos and Dell in Ireland has helped vulnerable children and families with 25,000 hours of family support, 600,000 meals, and 1,800 children gaining a place on Barnardos Early Years services. Through new virtual fundraising initiatives rolled out in the past two years, Dell team members raised an additional €130,000 in vital funds and increased awareness of the work of Barnardos.

Over the next two years of the Barnardos Dell partnership, Barnardos and Dell will provide additional training, social media support and the volunteering of time to the children’s charity. Building on the positive impact of the existing network of Code Work Clubs, the two organisations will join forces to create a new on-demand coding curriculum so that children accessing Barnardos services across the country can develop their digital skills.

Commenting on the announcement, Suzanne Connolly, Barnardos CEO said: “It’s been an incredible five years of partnership between Barnardos and Dell Technologies with transformational impact that will help make a real difference to the vulnerable children and families we work with, because childhood lasts a lifetime.

“We’re looking forward to another two years of support, working together to create a legacy of change. We cannot thank the Dell Technologies team enough for joining us on this important journey in recent years – and we’re excited to see the impact we can make together in the coming years, as we face the personal, local, national and global challenges and issues that affect so many children and families.”

Sean O’Reilly, Vice President and Limerick site leader at Dell Technologies said: “We are committed to supporting the communities we serve and our partnership with Barnardos is central to that promise. Since we came together five years ago, we’ve been amazed and inspired by the life-changing work undertaken by Barnardos. In extending our partnership, Dell Technologies can enable the children’s charity to have an even greater impact. Over the coming two years, Dell will work to expand the reach of our Code Work Clubs to ensure young people in the community can benefit from new coding skills and that we can play a role in addressing the digital divide that exists in many areas.”

For more stories on the Barnardos & Dell partnership go HERE