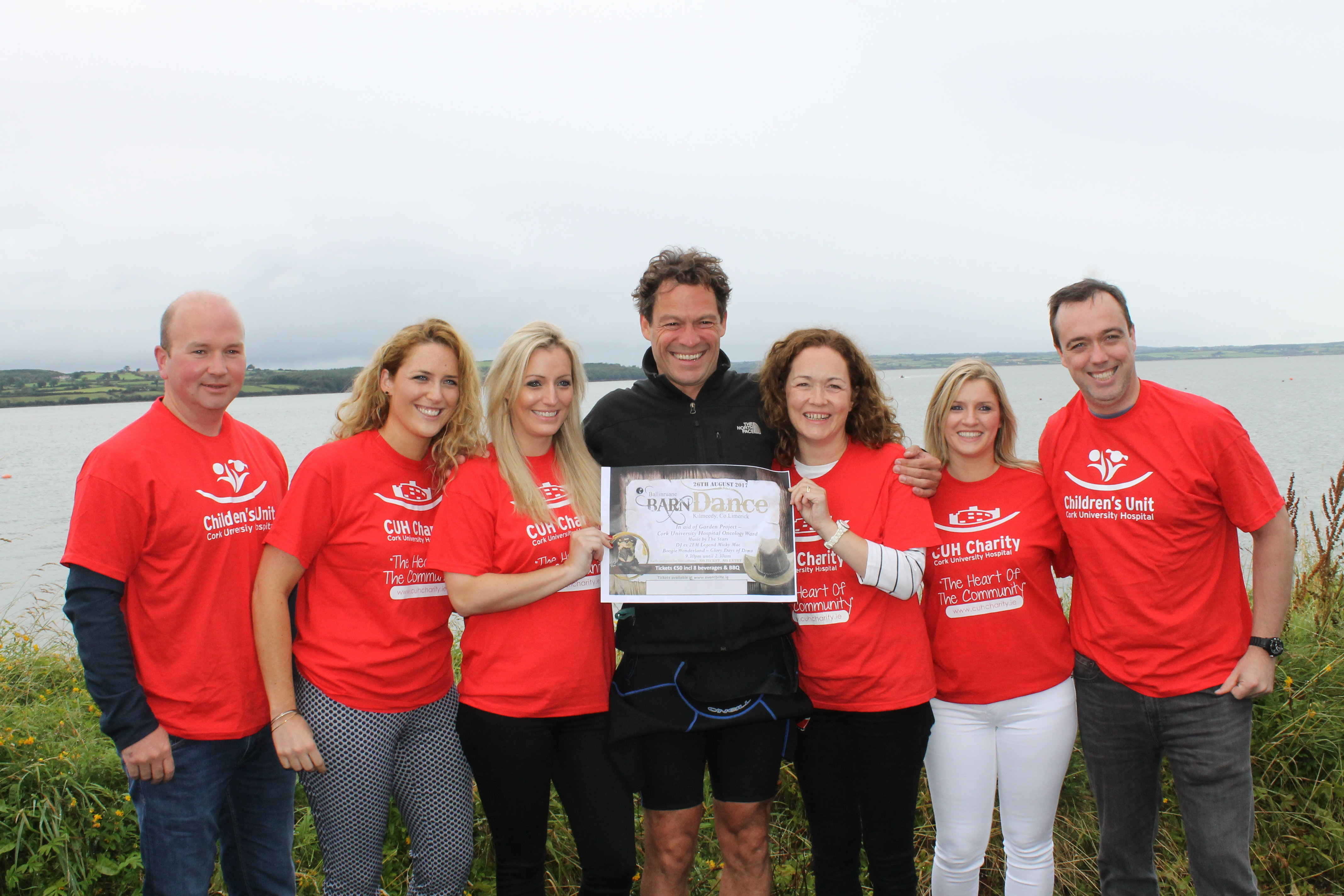 Barndance 2017 has been officially launched with some celebrity backing. Ex Kerry footballer and Dancing with the Stars winner Aidan O ’Mahony was on hand to launch the event. Also helping to launch the event was Hollywood actor Dominic West who has appeared in films such as Chicago and Mona Lisa Smile and has starred in award winning tv shows such as The Hour, Burton and Taylor and The Affair.

Eat, drink and play at Barndance 2017 in aid of The Garden Project, Oncology Ward, Cork University Hospital on August 26th.

The usually quiet Ballinruane Woods will be transformed for one night only into a mecca for cowboys and cowgirls. Experience the atmosphere, food and flutter at this unique event with live entertainment from ‘The Stars’ followed by The Glory Days of Disco with ex 2fm DJ legend Mickey Mac.

Dine in ‘Tally Ho’s’pop-up restaurant, serving traditional bacon and cabbage or BBQ followed by Adare Farm Food’s homemade Ice-cream. For those who are thirsty, head on down to the fully stocked bar for 8 free drinks. Anyone feeling adventurous can try their luck on the Bucking Bronco and many more games or try out the Silent Disco tent.

Barndance was established in 2011 by a group of 8 people in the West Limerick area.  The purpose of Barndance is to raise money and awareness for local charities/organisations by holding a two-night community Barndance in Kilmeedy Co. Limerick (a children’s Barndance and an adults Barndance).

Each year the committee chooses a specific local charity/organisation to fundraise for.  From 2011 – 2014 the beneficiaries have been:

Over the four year period, a total of €79,408.90 has been raised. In 2016, committee members who reside in Glin Co. Limerick suffered an unexpected loss at the passing of their father.  During his short illness he spent time in Cork University Hospital and what became apparent to the family was that there is no outdoor area available for patients, the only place available is the main entrance of the hospital where visitors, staff and smokers congregate. This is highly unsuitable for any patient especially those receiving chemotherapy.

Barndance 2017 will be held to raise funds for a private seated garden area for patients, family and staff of the oncology ward.  The garden will be located adjacent to the ward allowing patients direct independent access.  Those who are terminally ill and/or undergoing chemotherapy are at a very high risk of infection, therefore, this will be an enclosed outdoor space for private use.  It will have seating areas, water features and plants chosen in consultation with the staff and patients of the ward. The garden will be wheelchair accessible as well as accessible for hospital beds.  It will allow families to have the opportunity to spend quality time with their loved ones in a calm, private and beautiful space.

This project is a necessity for the oncology ward and will have such a positive impact on the lives of the patients, family and friends who find themselves in this dreadful situation. Barndance 2017 aims to raise €30,000 for this project.