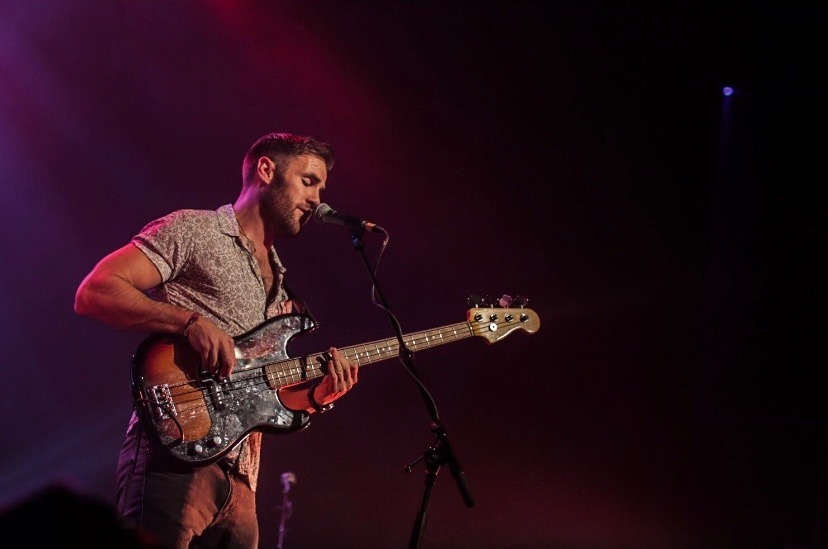 Barry Murphy Hell Week – Hermitage Green bassist Murphy (above) spent a week being pushed to his physical and mental limits.

Filmed over the summer, Hermitage Green bassist Murphy spent a week being pushed to his physical and mental limits, alongside a team of twenty other well-known faces.

Ultimate Hell Week sees participants dragged through a week-long military bootcamp by five ex-Irish Special Forces rangers. The bootcamp is based on training methods used to select the toughest of soldiers.

“I was asked about a year ago would I be up for the challenge, but with Covid-19 it wasn’t until May 2021 that the show got the green light to go ahead,” Murphy told I Love Limerick.

“Only about three weeks before filming, I watched some of the previous episodes and realised what I was after getting myself into. I think people assume it’s like Ireland’s Fittest Families, but it’s the exact opposite of that. It is actually hell. It was the toughest week I’ve ever put down in my life.”

The former sportsman prepared for the challenge by simulating a bootcamp in the Cratloe Woods.

“A friend of mine who runs Crossfit Treaty at Westlink Business Park and is also an army officer tried to replicate what he thought they might put me through on the show,” tells Murphy.

“He brought me up to the woods with gear that weighed fifty to sixty pounds. In the special forces, you have to carry that weight through land and water. Running and carrying that weight for a long period of time over distance is extremely exhausting.”

Wanna see me get my shit kicked in on national tv? Tune into Ultimate Hell Week on @rte from Wed Sept 8th at 9.35pm. One of the worst/best experiences of my life with a special group of peeps also gettin their shit kicked in & having regular nervous breakdowns. Makes for great tv pic.twitter.com/GynKWRscTV

The real challenge proved to be even more demanding.

“You get a little bit of a briefing the night before filming starts. Then all of a sudden you’re up at 5 am and don’t know where you’re going or what you’re in for,” says Murphy.

“It was 100 miles an hour, non-stop for a week with the rangers. You forget the cameras are there after two minutes. Physically and mentally it was torture, but an incredible experience at the same time.”

Each celebrity participates to raise money for a chosen charity. Murphy will be raising funds for Limerick Suicide Watch.

On the show, every time you are featured or take part in an event, your name and charity will pop up on the screen and people can donate that way,” he explains.

“The longer you stay in the show the more you will raise so that spurs you on as well.”

The charity is a voluntary based, suicide prevention team that patrols the bridges and walkways of the Shannon River in Limerick City.

“Anyone in Limerick will know how special it is. They’ve won our hearts. It means so much to Limerick to have volunteers out there on their own time trying to protect others, so hopefully we might raise some money for them.”

Ultimate Hell Week airs on RTÉ One every Wednesday at 9.35 pm.