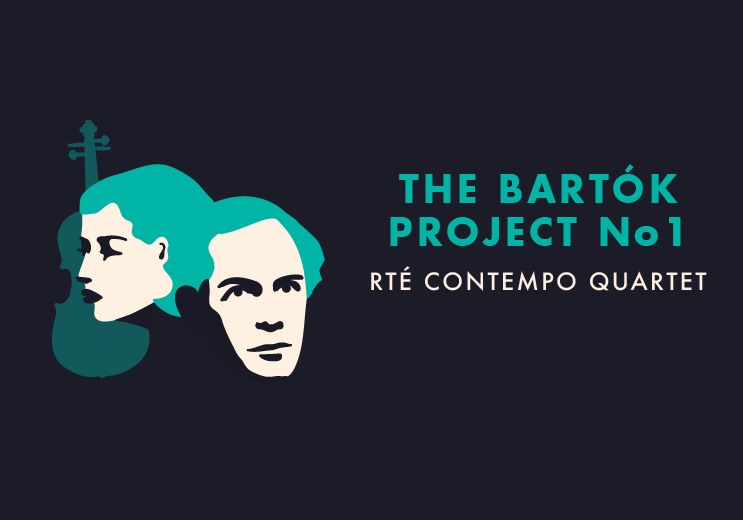 The RTÉ Contempo Quartet is to feature the six quartets by Béla Bartók, together with the six Haydn Op. 76 quartets and six Irish contemporary works including four new RTÉ commissions, with a series of six performances in each of Limerick, Dublin, Cork, and Kilkenny for the ‘Bartok Project’.

On Saturday, October 1 in Cork’s Triskel Arts Centre, the Bartok Project was launched. The project is a series of 25 concerts performed in six venues countrywide between October 2016 and the end of March 2017.

The first of the six Limerick concerts takes place on Thursday October 6 2016 at Limerick City Gallery of Art.

Una McCarthy, Director/Curator of LCGA said: “The unique setting of the Limerick City Gallery of Art for The Bartok Project concert series by the RTÉ Contempo Quartet will add to the whole experience.  I would advise anyone with an interest in music to come along.  Tickets are available at the door of the LCGA.  What better way to spend an early evening than listening to some beautiful music in a fantastic setting.”

Irish audiences will have a unique opportunity to hear the six Bartók quartets played in sequence with the Haydn Op. 76 quartets, nos. 1–6, with a contemporary Irish composition completing each programme. Of the six contemporary pieces, four will receive their premieres during the series (those by Sebastian Adams, Linda Buckley, David Coonan and Seán Clancy).

Regarded as one of the great early 20th century modernists, Bartók was influenced by past European classical traditions (Beethoven, Liszt) as well as his own native folk music. His quartets are generally acknowledged as representing one of the pillars of the entire string quartet repertoire and are groundbreaking in every way – structurally, rhythmically, harmonically and tonally – as Bartók strove to free himself from ‘the tyrannical rule of major and minor keys’. Extra-musical themes explored in the quartets include unrequited love (no. 1), folk traditions (nos. 3 and 4), night (no. 5) and war (nos. 2 and 6).

Similarly, Haydn’s set of six Op. 76 quartets is regarded as one of the pinnacles of the classical style and the crowning glory of the man dubbed the ‘Father of the String Quartet’. Published in 1799 and dedicated to Count Erdödy, they form the last complete set that Haydn wrote, each quartet a mini-masterpiece in itself.

The Bartók Project also offers a fascinating opportunity to consider how six contemporary Irish composers have responded to the challenge of writing for the medium of string quartet. The project is expected to showcase six very different responses in four new works commissioned by RTÉ from Sebastian Adams (RTÉ lyric FM Composer in Residence), Linda Buckley, David Coonan and Seán Clancy, together with two recent works by Enda Bates and David Fennessy.

Described by The Strad magazine as “a polished and professional group…full of exuberance with a fine sense of ensemble,” the RTÉ Contempo Quartet is one of the most exciting and vibrant chamber ensembles performing today.

Since its formation in Bucharest in 1995, it has performed worldwide in many prestigious venues, winning numerous international prizes and working alongside artists of the highest calibre. Since 2003 the quartet has been the Galway Music Residency’s Quartet in Residence, where it has firmly established itself in a variety of genres including core classical repertoire, contemporary, folk, traditional and jazz. It was appointed as RTÉ’s Quartet in Residence in May 2014 and has given over 90 performances so far, including the premieres of quartets commissioned by RTÉ from Garrett Sholdice and Gerald Barry.

During their 2016–17 season, the quartet will also perform as part of New Music Dublin, 4 March 2017 and in the National Concert Hall as part of the RTÉ National Symphony Orchestra subscription series (27 January, 10 March and 31 March). It continues its educational role with two Saturday workshop sessions in the RIAM, Dublin (November and March).

The members of the RTÉ Contempo Quartet live in Roscahill, Co. Galway, and describe themselves as “the ABBA of classical music”, Adrian and Andrea being married, as are Ingrid and Bogdan.

Read more about the Limerick City Gallery of Art here.