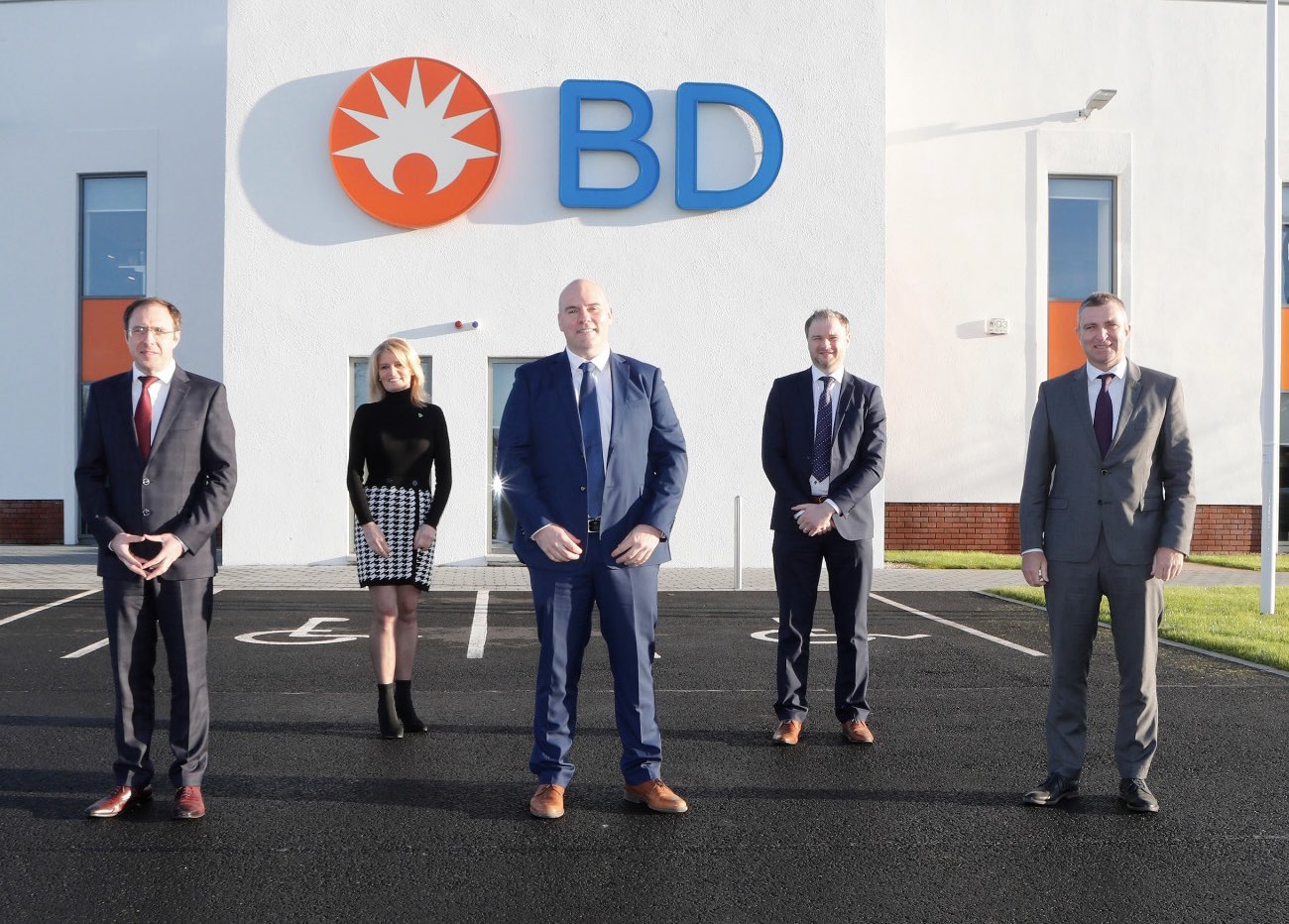 Plans have been announced by global medical technology company BD invest €70m in Limerick. The investment in its Centre of Excellence will see over 130 jobs created over 5 years.

Commenting on the investment, which is supported by IDA Ireland, Tánaiste and Minister for Enterprise, Trade and Employment, Leo Varadkar said, “I’m really pleased to see this good news, which will see 130 new jobs created and €70m invested in the Limerick facility.

“It’s incredible growth and a testament to the talent and dedication of the existing staff. I wish the Limerick team the very best of luck with this impressive expansion.”

Executive Vice President and Chief Technology Officer at BD Beth McCombs said, “Our BD Research Centre Ireland plays an essential role in delivering products and solutions to improve biomedical discovery, the diagnosis of disease and the delivery of care for patients.

“Continuing to attract the best and brightest minds in Limerick and across Ireland will be critical to help BD deliver on our purpose of advancing the world of health.”

The investment in its R&D Centre of Excellence will position the facility as a hub for the development of smart, secure connected health and infection monitoring solutions in clinical and non-clinical settings.

The 130 new research and development positions created in Limerick will be in the areas of engineering and scientific disciplines such as software, electronics, hardware, and immunology.

This is further evidence of #Limerick being THE place to locate for talent & innovation. pic.twitter.com/UfsSyz9iyz

The expansion of the facility in Castletroy will include a state-of-the-art laboratory, workspaces, and technologies to support the company’s new innovators.

Minister for Trade Promotion, Digital and Company Regulation Robert Troy said, “BD’s continued expansion in Ireland is a testament to the skills and talent in Limerick and Ireland.

“BD are one of the world’s leading MedTech companies and have a long and proud history in Ireland since 1964. The research carried out here will improve healthcare and patients’ lives better for years to come.”

“We’ve added 125 full-time roles in Research Centre Ireland since March 2020 to further our impact. With the 130 additional roles and expanded facilities announced today, we’ll be able to further tap into Ireland’s robust talent pool to accelerate innovation fundamental to our growth strategy,” he said.

The chief executive of IDA Ireland  Martin Shanahan, said today’s announcement by BD, the second announcement for its Irish operations in the past week, demonstrates the global organisation’s commitment to and confidence in Ireland, where it has had a presence since 1964.

“Our partnership with the IDA has been vital to our success and continued expansion. Looking ahead, BD innovation is focused on integrated, digital solutions to empower the smart hospital, enable new care settings and improve chronic disease outcomes,” Ms Combs said.

BD is one of the longest established IDA-backed medical devices manufacturer in the country and opened its Drogheda plant in 1964. Just a week before the announcement of the plans for BD invest €70m in Limerick, BD announced that they will be creating 100 jobs at its Drogheda plant after a €62m investment.

The company currently employs 1,300 people across Ireland, including 350 at its Limerick facility.