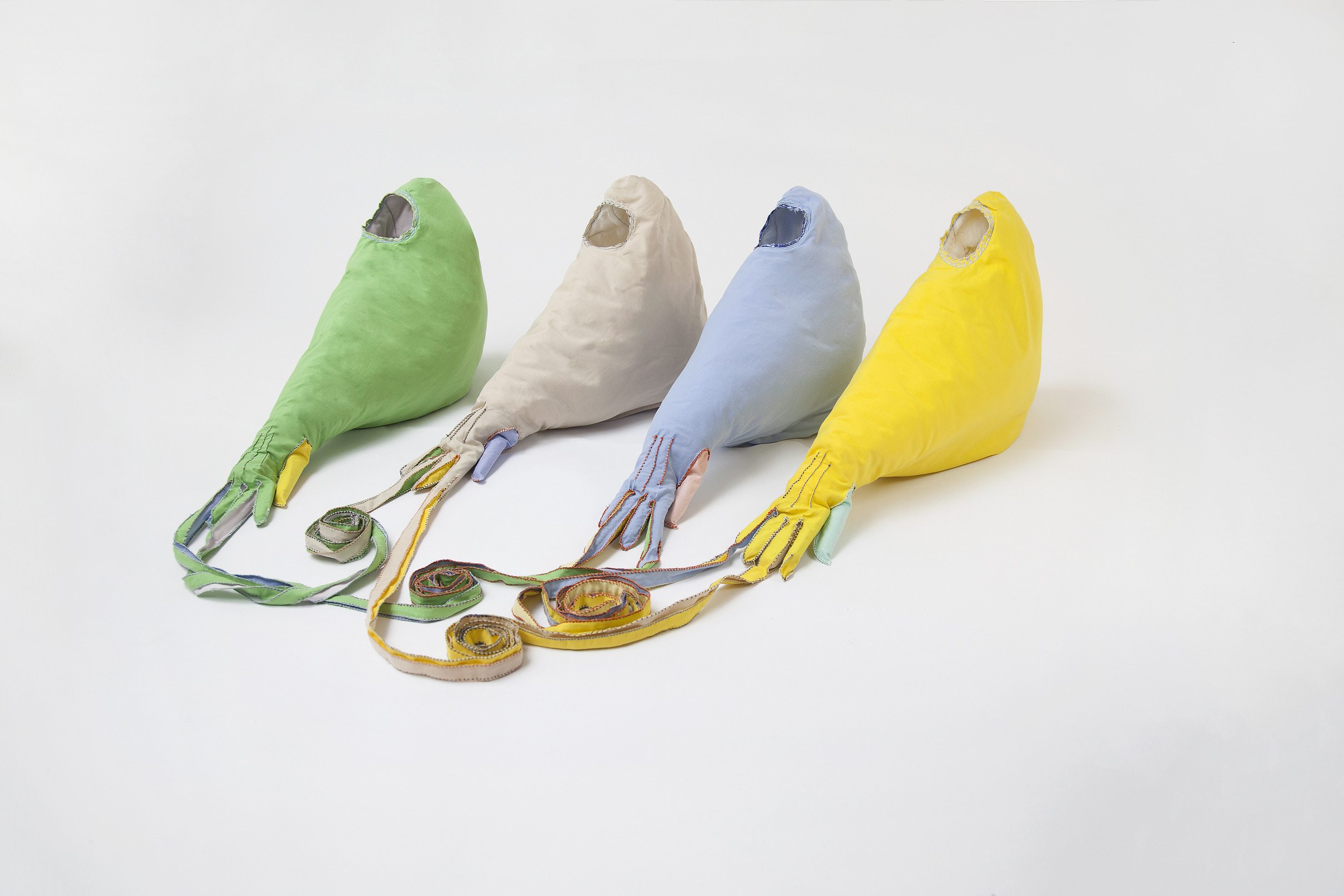 EVA International is delighted to announce Put your foot in it – a new commission by artist Bea McMahon as part of EVA’s Partnership Project initiative.

Put your foot in it is an expansive project that will unfold through 2022 and 2023, culminating in its presentation as part of the 40th EVA International – Ireland’s Biennial of Contemporary Art, taking place in venues across Limerick, from 31 August to 29 October 2023.  The project will consist of a series of performance and video works, produced through a series of collaborative workshops with artistic partners, exploring comedic tropes through language, materials and bodies.

Bea McMahon works with video, installation and performance art. Her work often navigates through conceptions of reality and their corresponding appearances in the outside world. Trained in mathematics, Bea McMahon employs versions and associations of mathematics and physics that play with distinctions between objects, space and time, and symbols while resonating with a poetic form of agency between non-speaking beings and the world.

EVA International is Ireland’s Biennial of Contemporary Art. EVA leads in the commissioning and curating of contemporary art by Irish and international artists, culminating in a programme of artistic encounters, exhibitions, and education projects, that takes place every two years across venues in Limerick city and beyond. EVA was founded by artists in 1977 and it remains one of the longest running visual arts organisations in Ireland, with a history of working with some of the world’s most influential curators, including: Merve Elveren (2020/2021) Inti Guerrero (2018), Koyo Kouoh (2016), Bassam El Baroni (2014), Annie Fletcher (2012), Hou Hanru (2008), Katerina Gregos (2006), Dan Cameron (2005), Zdenka Badovinac (2004), Salah M. Hassan (2001), Rosa Martínez (2000), Jan Hoet (1994), Gloria Moure (1993), and Saskia Bos (1990).

The Guest Programme of the 40th EVA International (2023) will be curated by Sebastian Cichocki.