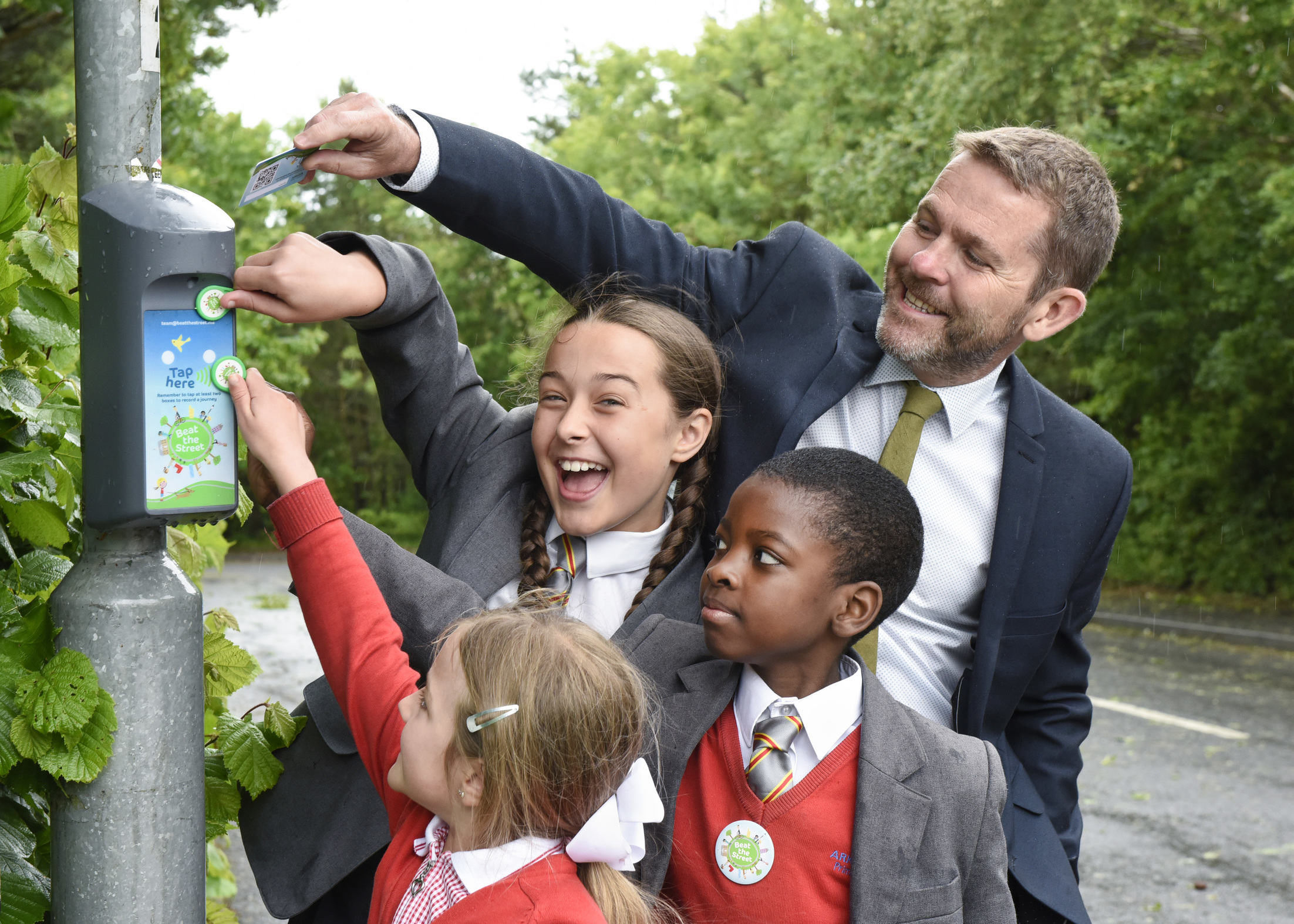 Beat the Street will Transform Limerick into a Giant Game this Autumn – The aim of the initiative is to encourage thousands of people to explore Limerick with their friends and family and discover something new about their city.

How to Play Beat the Street

Thousands of people are expected to take to the streets of Limerick this Autumn as schools, community groups and businesses compete against each other in Beat the Street.

Running from 13 September to 1 November, Beat the Street is a free, fun challenge which will turn Limerick into a massive game where people are rewarded with points and prizes for exploring the city on foot or bicycle.

More than 80 special sensors called ‘Beat Boxes’ will appear across the city. Players can pick up their own Beat Box card and map at their nearest distribution point and swipe as many Beat Boxes as possible to receive points and win prizes.

Schools across Limerick will be competing against each other to see who can travel the furthest and win hundreds of euros worth of sports and fitness equipment.

Adult players are also able to create their own teams or register to join existing teams or schools to be in with a chance to win prizes which will be announced in the next few weeks.

Beat the Street is being delivered by Intelligent Health with support from Limerick Sports Partnership and is funded by Limerick City & County Council, Sport Ireland, Healthy Ireland and Dormant Accounts.

More than 300,000 people took part in the initiative in 2016 in towns and cities across the UK. Limerick is the first of three areas – along with Waterford and Dublin – to be launching Beat the Street in Ireland.

Phelim Macken from Limerick Sports Partnership said: “We are incredibly excited to be bringing Beat the Street to Limerick and can’t wait to see how far everyone is able to walk, run, cycle and scoot during the seven-week challenge.”

“Anyone is able to get involved in Beat the Street – it’s completely free to play and is a great opportunity to go outdoors, spend time with your friends and family and get moving. Watch out for Beat Boxes appearing on a street near you!”

Want to find out more about Beat the Street? Follow @BTSLimerick on Twitter or ‘Beat the Street Limerick’ on Facebook for more information on prizes and how to get involved.