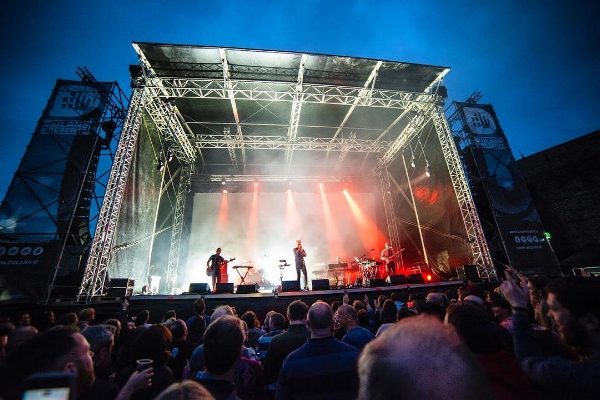 The Live at King John’s Castle series of concerts continues this summer with the return of Bell X1 live to the venue on Saturday, July 20.

The Irish rock band, who supported Ed Sheeran at his massive Croke Park concerts in 2015 and played a sold-out gig at the festival in 2016 following one of the most memorable concerts in festival history in 2011, will play the castle in one of a limited number of Irish gigs for the band this year.

That experimentation has been recognized and rewarded, with four of their albums nominated for the Choice Music Prize for Irish Album of the Year and three debuting at  #1 on the Irish Album Charts.

Following a hugely successful 2018 celebrating their 20th Anniversary year – which included 5 sold-out nights at Vicar Street, Bell X1 also announced an “Acoustic-ish with Strings” tour that sold out in a matter of minutes.

In what is sure to be one of the best live gigs of the Summer, the crowd can expect to hear hits from their canon of critically-acclaimed songs, which includes  ‘Rocky Took a Lover’, ‘The Great Defector’, ‘The End is Nigh’ and ‘Flame’ amongst others.

Bell X1 will be joined by special guests Saint Sister, a duo from the North of Ireland. Since forming in 2014 they have quickly established themselves as one of the most talked-about bands in Ireland. Their debut album ‘Shape of Silence’ was released last October to rave reviews and they embarked on a 50 date world tour, across the USA, Canada, Australia, and Europe to promote it.

They have toured extensively around Ireland, UK, and mainland Europe. Festival highlights at Glastonbury, Electric Picnic and Latitude and support slots with The National, Lisa Hannigan and Hozier have secured their reputation as a phenomenal live band.

For more information on the concert and tickets go here.