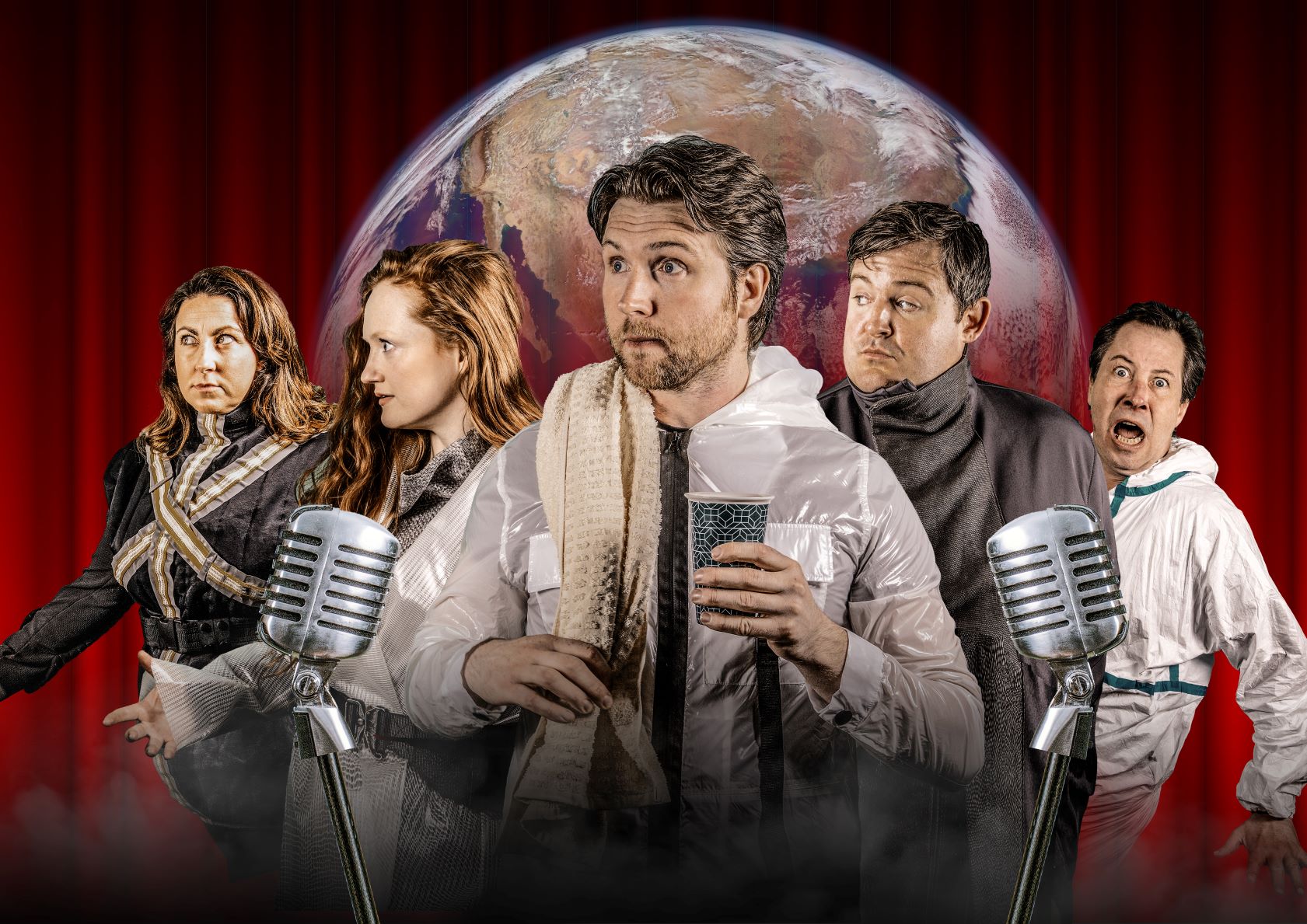 Belltable present Dont Panic! Towel Day on Saturday, May 25 at 7:42 pm, in tribute to Douglas Adams.

Belltable is delighted to announce details for their upcoming and unique tribute to author Douglas Adams. Don’t Panic! Towel Day is a comedy series of radio plays by Douglas Adams that will bring many on a nostalgic journey. It will open on Saturday, May 25, at 7.42 pm (you know why!). The duration of the play is approximately 3 hours, including an interval.

Belltable: Connect’s Don’t Panic! Towel Day is based on the original radio play series of The Hitchhiker’s Guide to the Galaxy by Douglas Adams. With a stellar Limerick cast, Myles Breen, Elaine O’Dwyer, Pius McGrath, Georgina Miller and Mícheál “Moley” Ó Súilleabháin, audiences can expect a hilarious evening of intergalactic travel. The world as we know it has accidentally been destroyed and the epic Hitch-Hike begins!

This hugely popular series was originally written in the late 1970s and then developed by Adams into the trilogy of ‘five’ books, also called Hitchhiker’s Guide to the Galaxy. Simultaneously they were transformed into comic books, stage shows, a TV series, and later on in 2005 a feature film starring Martin Freeman.

Marketa Dowling, Belltable: Connect Producer, said, “The Hitchhikers Guide to the Galaxy is one of those rare, beautifully written books that has stayed with me. It is hilarious and philosophical, smart and tender, full of insightful reflections on what it means to be human, what the meaning of life is and where to get a decent cup of tea. All this information is totally relevant to today’s world. I’m delighted to be able to pay homage to Douglas Adams’ genius in presenting this event as part of Belltable: Connect. Come along, bring a towel, and mainly – don’t panic.”

Belltable is delighted to present this unique tribute to Douglas Adams. Don’t Panic! Towel Day is based on his original radio play series of The Hitchhiker’s Guide to the Galaxy.

Belltable: Connect’s Don’t Panic! Towel Day is a rehearsed reading of the original radio series over the course of three hours with an unusual start time of 7.42pm (which is important!). For those unfamiliar with Towel Day, this is the perfect time to take a chance, come to the Belltable on Saturday, May 25, and experience a great night of fun. Watch the chaos unfold!

Tara Doolan, the Director, said, “Douglas Adams wrote ‘There is a moment in every dawn when light floats, there is the possibility of magic. Creation holds its breath.’ This is live theatre to me. It only happens once and is only experienced by the people in the room. This towel day we are not only paying homage to Douglas Adams but the radio play itself. Experience the Hitchhikers like never before, witnessing all the magic that goes into creating a radio play. We will bring these fantastic stories to life with live effects and foley on stage and of course our very talented cast who will bring their own flair to each character they play. This Towel Day “Don’t Panic” as we put it all on stage!”

Make sure you bring your towel, because ‘any man [or woman] who can hitch the length and breadth of the galaxy, rough it, slum it, struggle against terrible odds, win through, and still knows where his towel is, is clearly a man [or woman] to be reckoned with.’

*If you arrive wearing/openly carrying a towel, your ticket will be €10.

Tickets can be bought here.