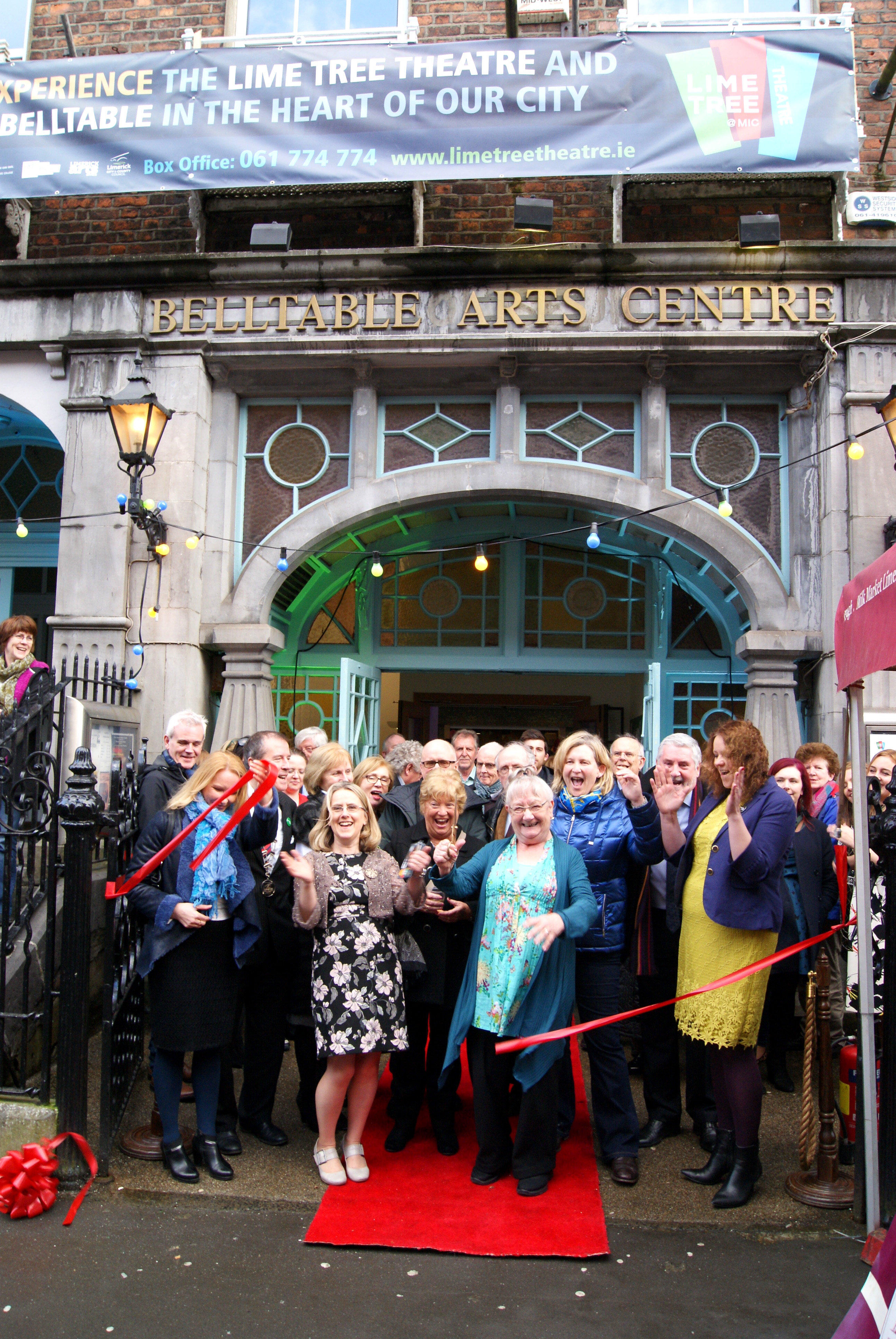 Limerick’s bid for European Capital of Culture 2020 has received a further boost this evening (Thursday) with the re-opening of the iconic Belltable venue in the city centre.

Many members of the city’s thriving arts sector were present at an energetic street party in O’Connell Street for the re-launch of the popular venue which has now once again opened its doors to the general public.

In late 2015, the Lime Tree Theatre reached an agreement with Limerick City and County Council Arts Office to undertake the management and programming of the former Belltable Arts Centre.

The Lime Tree Theatre also reached agreement with the relevant authorities to acquire the trading name and therefore use the Belltable name, which has been synonymous with the local and national Irish arts scene since the early 1980s.

The venue will host a wide range of arts events that will extend and complement the programme at the Lime Tree Theatre.

The offices in the former Credit Union building have been refurbished and will provide office space, rehearsal space, hot-desks and administration services to emerging, mid-career and established artists who want to create, develop and make new work.

Speaking at the re-launch, Deputy Mayor of Limerick, Cllr Ger Mitchell, said he’s delighted the venue is getting a new lease of life.

“The Belltable is Ireland’s oldest regional arts centre and holds a special place in the hearts of the people of Limerick so I’m delighted that its future is secure and a new artistic vision has been realised,” he said. “I want to congratulate and pay tribute to those who developed this resource with a partnership approach between the local authority and the Lime Tree Theatre. I look forward to visiting many events at the new Belltable and the venue playing a key role in facilitating, supporting and enabling Limerick artists to create new work.” 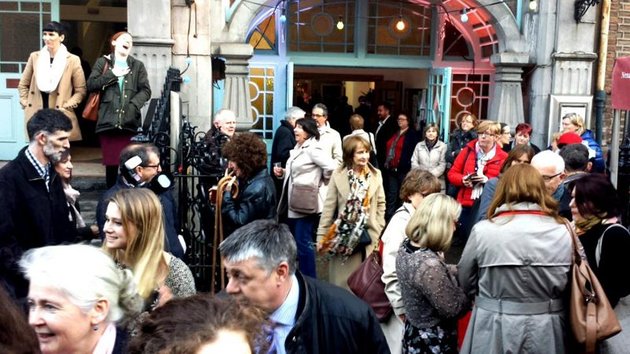 Sheila Deegan, Arts and Culture Officer, Limerick 2020, said the re-launch means that the Belltable will once again be at the centre of arts development and practice in the city.

“Limerick values the importance of places for people to meet, connect and to exchange ideas,” she said. “The re-launch of the Belltable with the added rehearsal and office space is key to building capacity of creative practitioners in Limerick, particularly as we enter the final stages of our bid to become European Capital of Culture 2020. The exciting revival of this significant venue means that it will once again be at the centre of arts development and practice in the city and will be a further boost to Limerick’s thriving arts sector,” added Ms. Deegan.

“I am humbled and delighted to have been appointed Programme Manager of the new Belltable. It is exciting to see this much-loved venue being re-launched in a unique partnership with the Lime Tree Theatre and with support from Limerick City and County Council and the Arts Council,” she said.

Louise Donlon paid tribute to the spirit of partnership that has made this possible. “We could not have done this without the significant and on-going support of Mary Immaculate College, Limerick City and County Council and the Arts Council” She also paid tribute to the outgoing Chairman of the Lime Tree Theatre Company, Brendan Lane, whose leadership in the development of both these important arts venues has been exceptional.”

Special guest Bríd Dukes, Founding Artistic Director of the Belltable said  “I am delighted that this venue is opening again after a period when it was in abeyance.  I am even more delighted that the come-back is under the original name as the Belltable.  I remember keenly the first opening in the early eighties – the blood, the sweat, the mortally injured vacuum cleaners and the transfixing joy and pleasure that Limerick  City at last had the arts venue it so richly deserved. I wish the Belltable the very best for the future.”