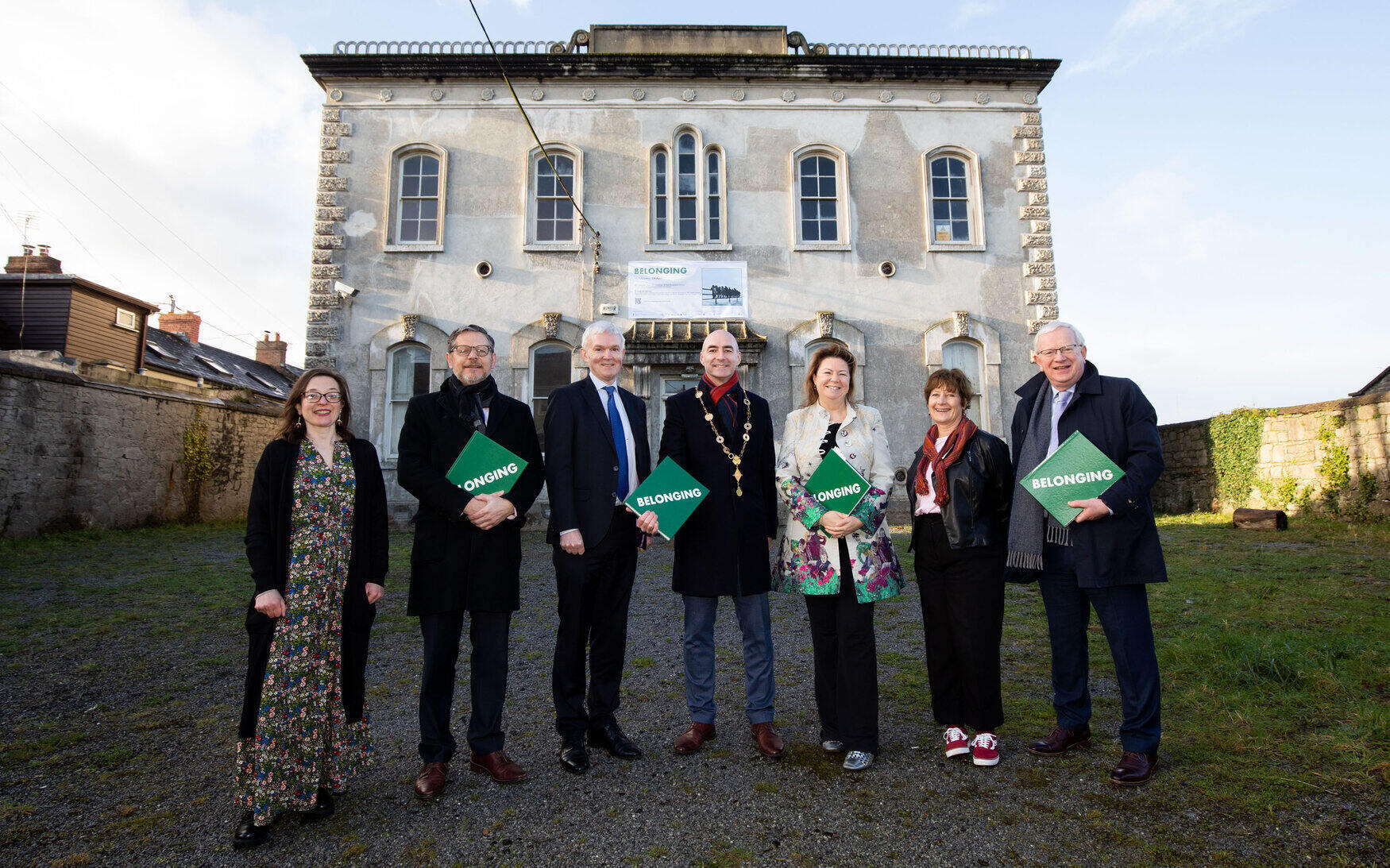 The Belonging Exhibition, a European Expo-linked event, will officially launch at the Hunt Museum tonight, February 10.

Representatives of the European Investment Bank (EIB) have arrived in the treaty city to kickstart the exhibition.

Works of art from a host of Irish and European artists will be displayed in locations across the city, such as Limerick City Gallery of Art, Sailors Home and St Mary’s Cathedral.

Sean Scully, pictured above, will be one of the many renowned European artists showcased at the Belonging Exhibition.

‘Belonging’ is a major exhibition featuring 82 works by European artists, from all 27 countries of the EU, on loan from the European Investment Bank (EIB) Art Collection.

These contemporary pieces will be displayed across eight locations in Limerick City, from February 10 to April 24, 2022.

Belonging is linked to the European Expo, a series of exhibitions, seminars, events, and celebrations over the course of 2022 that communicate national and European culture and cooperation.

The theme plays on Limerick’s new branding: Atlantic Edge, European Embrace.  The City is very much part of Europe, even though located on the Atlantic Edge it embraces and wants to reinforce the value of belonging to the EU. The exhibition will offer a very significant European profile to Limerick which will be opened by Werner Hoyer, President of the EIB on February 10.

The exhibition is co-curated by Delphine Munro of the EIB and the Hunt Museum with input from the partner venues.  This is a wonderful opportunity for both the Hunt Museum and the people of Limerick as this is the first time the exhibition has been brought to Ireland and outside a capital city.

At the @HuntMuseum this morning for the signing by our embassy’s Cultural Counsellor Mariam Diallo of an agreement to support the Belonging Exhibition brought to Limerick by @EExpo2020 from Feb 2022 in partnership with the @EIB. A major event now sponsored by @FranceinIreland! pic.twitter.com/hP3S0vPSc7

This is a momentous occasion for Ireland, fans of contemporary art, and an opportunity for real cultural discovery for others. Renowned European artists such as; Paula Rego, Sean Scully, Isobel Nolan, Tony Cragg, Anish Kapoor, and Jannis Kounellis will feature. Also, artists of note with a strong European connection such as Andy Warhol and Marlene Dumas will be included in the exhibit.

The theme of Belonging also coincidently fits perfectly with the French government’s motto for the EU presidency in the first half of 2022; ‘Recovery, power, belonging’.

For more information on the Hunt Museum, go HERE

For more stories about the Hunt Museum, go HERE