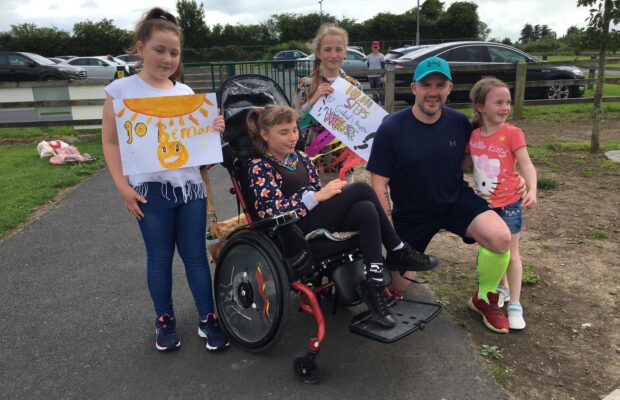 Yesterday, Wednesday, July 1, Limerick man Bernard Quinn took on the challenge of walking 100,000 steps in one day to raise money for St. Gabriel’s new Children’s Respite House. Starting out at 5am yesterday morning in Mungret Park, Bernard walked the distance of 80km in just under 14 hours, and has already raised over €6000 for St Gabriel’s.

St Gabriel’s Respite House provides children who suffer from the most complex disabilities and life-limiting conditions with experienced nursing and health-care assistance, in their own special space; their club, their home away from home. St Gabriel’s is a happy place, where children can have fun away from their parents and enjoy being with other children, while having access to state of the art facilities and care.

The €2.9m St. Gabriel’s Respite House in Co. Limerick, which is the first purpose-built facility of its kind in the country, was completed 18 months ago but has not opened due to operational funding deficits. However, staff from the nearby St. Gabriel’s School were made available to run the special programme at the Respite House over the past month due to the ongoing closure of the school arising from COVID-19.

Exhausted parents of children with the most severe, life-limiting disabilities across the Mid-West have implored the HSE and government to resume, at the earliest opportunity, the respite programme that is set to cease – just thirty days after it started.

Parents who have benefited from ‘June Programme’ at St. Gabriel’s Respite House, Limerick that provided a much-needed break to them and their children following three months of lock-down say that they badly need its continuation and for the purpose-built house to be fully opened. 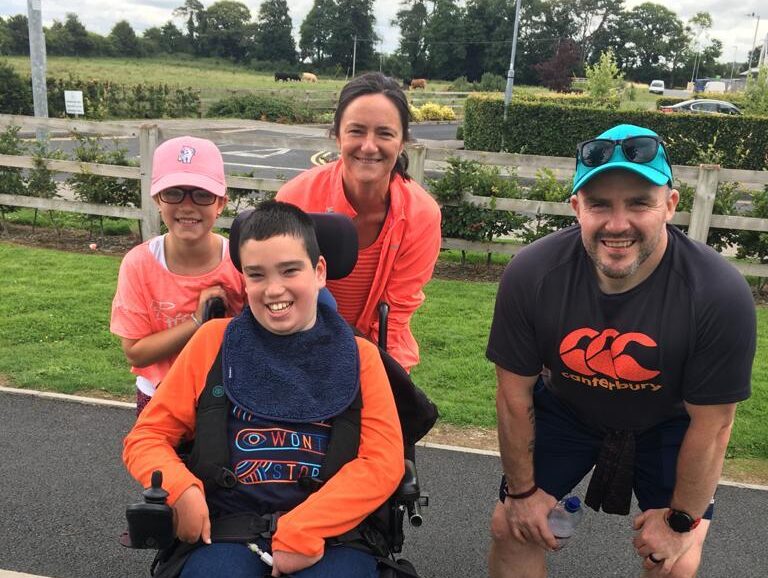 With three children of his own, two of whom suffer from Fragile X Syndrome and have used that of St Gabriel’s facilities in the past, Bernard Quinn decided that he wanted to do something to support the continuation of these much-needed services. Inspired by the many stories of the users of St Gabriel’s who have perhaps even more complex needs, coupled with the negative effect that the Covid-19 pandemic has had on the centre, Bernard set himself this goal of walking 100,000 steps in one day with the hopes of raising enough money to keep St Gabriel’s services running.

Bernard told us, “To be honest, I’m a father myself and we’ve used the St Gabriel’s facilities, and when I saw the video about St Gabriel’s that was on Virgin Media, my heart broke. Seeing parents who have to look after their severely compromised children for 365 days a year and they’re not getting any respite or any assistance, and the fact that the respite house is just sitting there didn’t sit right with me.”

“So I kind of let it for about 24 hours and thought, there’s something I can do here and this is what I came up with. My friend mentioned someone else had done it and since I’m fairly fit and healthy I thought you know, I’d be able to do that,” Bernard added.

Commenting on the amazing support he received during his gruelling 100,000 steps, Bernard said, “Apart from about 10km, I always had one, two, three, four people alongside me, I had up to six and seven people with me at times. The support has been phenomenal.”

To continue the support for Bernard’s 100000 Steps for St Gabriel’s, and to help him reach his goal, donate here.