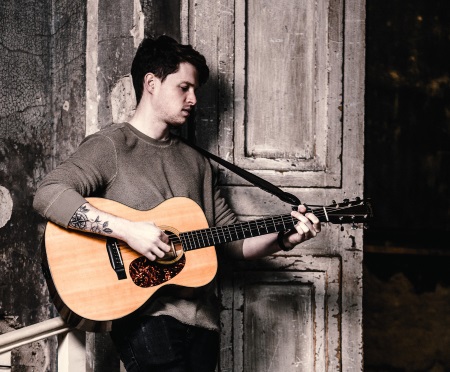 Limerick Musician Billy Keane set to Launch his first major EP: ‘The Nearness of You’

Limerick Musician Billy Keane set to Launch his first major EP: ‘The Nearness of You’

Newcastle West musician Billy Keane is set to launch his first major EP entitled ‘The Nearness of You’ is to be released on April 25. It consists of 4 tracks he wrote and co-produced over the space of a year. He has been inspired by the people he’s loved, lost and left behind, in a world that is changing faster than ever before.

Billy Keane will be launching ‘The Nearness of You’ at The Half Moon in London April 25. Having garnered a fantastic response to his first single “Stargazer”, Billy is delighted to perform his new music for the first time. He will be joined by his full band with support from singer/songwriter George Diaz.

‘The Nearness of You’ EP cover art

Born in Ireland, based in London, Billy is a musician embarking on his first major EP release. Inspired by his father, a working guitarist and bass player, he began playing music at age 13.

Upon leaving the school he moved to Cork to study music. During his final year, he was struggling to find music he could truly connect to until he stumbled upon acts such as Damien Rice, Ray LaMontagne and John Mayer. This was the turning point. Soon after he began singing and writing his own material. He made a last-minute decision to enrol in London’s prestigious BIMM on a one-year diploma course. While there he spent every second discovering his own sound. He practised incessantly and had countless notebooks filled with scribbled thoughts and lyrics.

After years of being a typical struggling musician, working in bars, and even doing door to door sales to pay the bills, he is now performing every night across London in different venues to new, exciting and growing audiences, making his living as a professional musician.

Billy Keane’s music is available on iTunes, Spotify and on his website