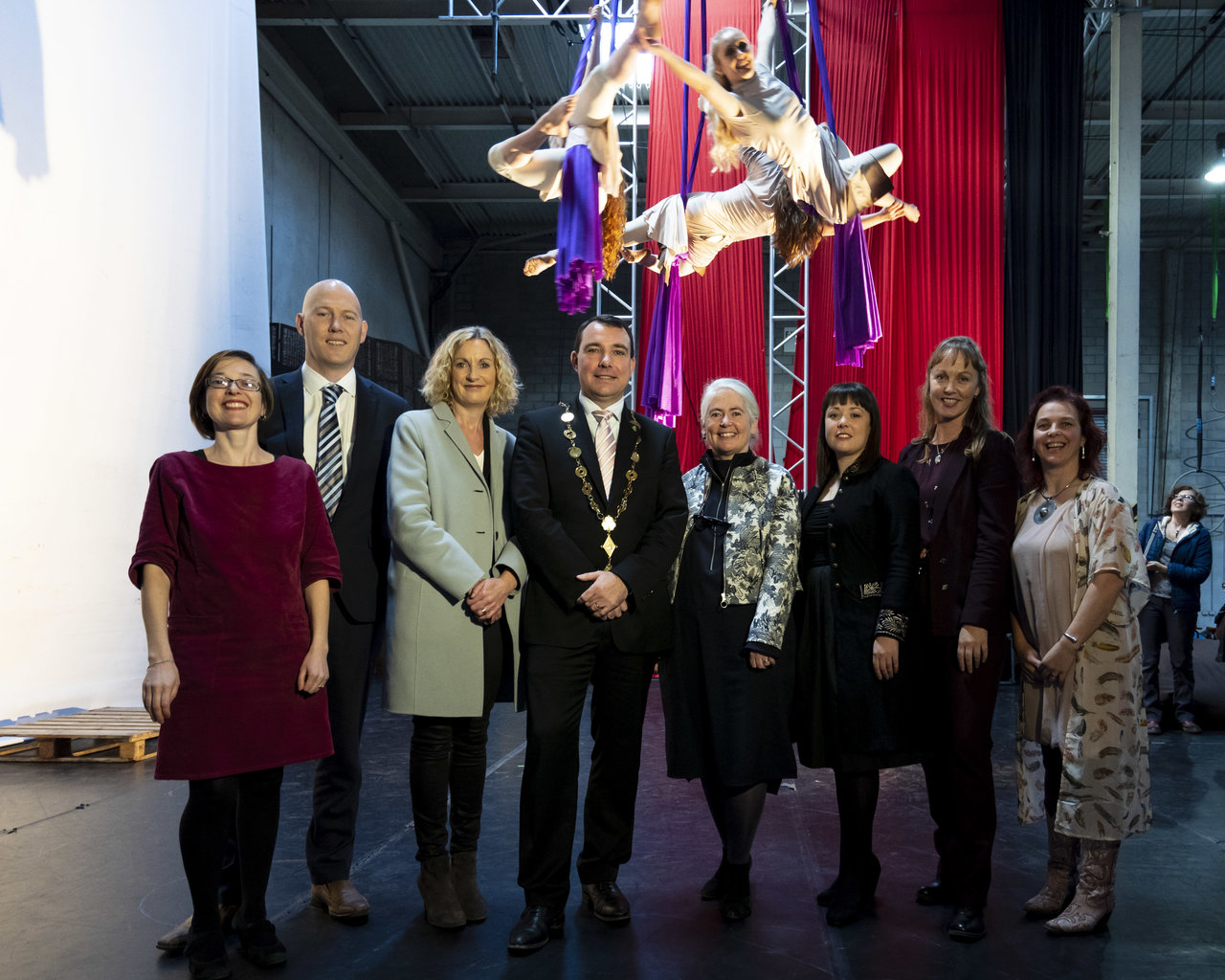 Bingo Wings: Pictured at The Irish Aerial Creation Centre in Limerick where the Arts Council announced the recipients of the invitation to Collaboration Scheme 2019 which will see €350,000 being awarded to five major arts projects around the country, as part of a scheme which promotes ambitious artistic collaboration between local authorities. Picture: Don Moloney / Press 22

Limerick City and County Council has been awarded €73,000 by the Arts Council to deliver a unique and ambitious intergenerational project with Fidget Feet Aerial Dance Theatre called Bingo Wings, alongside Kerry and Donegal County Councils.

Bingo Wings will see aerial and circus artists in residence in the three counties who will work with younger and older people in the community towards the creation of new performances based on the themes of bingo!

The project will be evaluated through UL led by Jennifer de Brun with the intention of developing a symposium on the outcomes.

The Arts Council confirmed the award as part of their ‘Invitation to Collaboration’ scheme aimed at Local Authorities, which promotes unique collaborations through working better together and promoting access to and engagement with the arts.

Speaking at the launch in the Irish Aerial Creation Centre, Mayor of the City and County of Limerick Cllr James Collins said: “Through strategies, partnerships and projects, we are committed to prioritising the continuous improvement and access to and engagement to creative activities.”

“This has led to our Bingo Wings Project, which recognises the need for support for artists and their professional development, the engagement of citizens to make excellent work in collaboration; for reflection on process ensuring public monies are invested effectively.”

Culture and Arts are crucial elements in any society.  In Limerick, we were up until recently slow to shout about it.  Slow to highlight the fantastic work we were doing but luckily that is changing or the better.”

“The development of the new Cultural Strategy for Limerick has presented us with an opportunity to re imagine Limerick, draw together its indigenous creativity, reach out to citizens as collaborators and realise a new dynamism for building and enriching our future.”

Director of the Arts Council, Orlaith McBride said: “We are inspired by the ambition and creativity of the proposals we receive from Limerick City and County Council and the other Local Authorities around the country. Collaboration between the Arts Council and local authorities is where we see public engagement in the arts at its most informed, most considered and most artistically ambitious.”

“I am delighted to confirm that Limerick City and County Council was successful and I’m confident this funding will helpfoster a unique and exciting collaboration between younger and older people alongside Fidget Feet Aerial Dance Theatre. The role of UL in supporting a symposium in 2019 on the topic will be of national interest.”

Culture and Arts Officer with Limerick City and County Council Sheila Deegan added: “This award demonstrates collaboration in action between artists and communities, local authorities and national partners which focus on testing new ground for public engagement and the arts in original and exciting way. The Bingo Wings project is a collaboration and a way of co-commissioning a work of scale and ambition between three dynamic Arts Offices, Limerick, Kerry and Donegal who all have a longstanding interest in models of best practice around commissioning, public engagement and arts participation.”

“The Bingo Wings idea belongs to Chantal McCormick, the Creative Director of Fidget Feet, whose grandfather was a local postman in Donegal where she grew up and he was also the local bingo caller. She recalls spending many evenings with him in the Bingo Hall and wants to honour the intergenerational connection between young people and older people and celebrate that human connection through this wonderful project.”

Madaline is dancing her way to a Limerick stage November 12