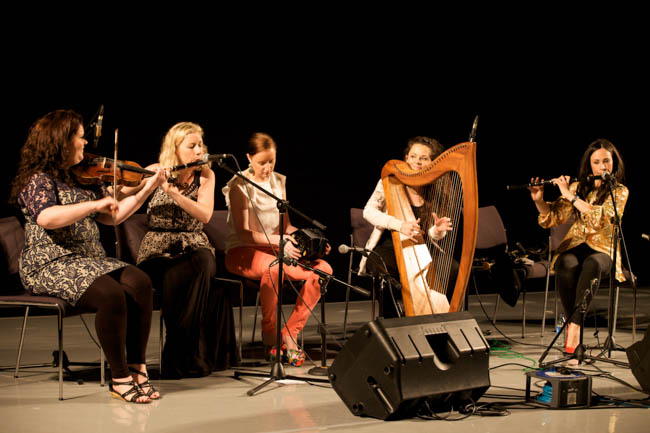 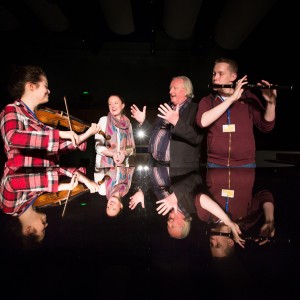 Blas, directed by Ernestine Healy, has firmly established itself as one of Ireland’s most prestigious summer schools, drawing students from all over the world to spend two weeks gaining access to the expertise of some of Ireland’s finest artists.

Apart from tuition and master classes, Blas students can expect a whole range of activities including lectures on Irish Traditional music topics, field-trips, sessions, Irish Language classes, lunchtime and evening concerts, céilís, and above all, the opportunity to share tunes with some of Ireland’s leading traditional musicians.

The summer school was launched by radio presenter/producer, musician and scholar, Peter Browne, on Mon, June 22 at 5.30pm. Following this, a number of public events took place throughout the summer school, based at the Irish World Academy on the University campus.

On Tues, June 23 at 5pm, Áine Hensey, of Raidio na Gaeltachta, conducted an interview entitled ‘Idir an Dá Shaol’ with Director of the Irish Traditional Music Archive, Nicholas Carolan, about his life in music.

Dermot McLaughlin then delivered this years Francis Roche Memorial Lecture, entitled “A Soundscape of the Donegal Fiddle – a response to the challenges of defining a regional style”, with the lecture taking place on Wed, July 1 at 5pm, in the Tower Theatre at the Irish World Academy.

The Blas public concerts are also hugely popular. The first of the evening concerts featured Brid Harper, Karan Casey, Derek Hickey, Kieran Munnelly & Ryan Molloy on Wed, June 24. The following week on Wed, July 1, Steve Cooney, Iarla O Lionaird, John Carty, along with Michelle & Louise Mulcahy, take to the stage for a concert that is not to be missed. Both concerts take place in Theatre 1 at the Irish World Academy. A series of free lunchtime concerts are also running daily at 1.15pm from Tues, June 23, to Thurs, July 2.

For more information on the Blas Summer School, click here

To book tickets for the evening concerts call the box office at 061 331 549, or click here

For more information about the Irish World Academy of Music and Dance, click here

For more information about the Blas school, click here