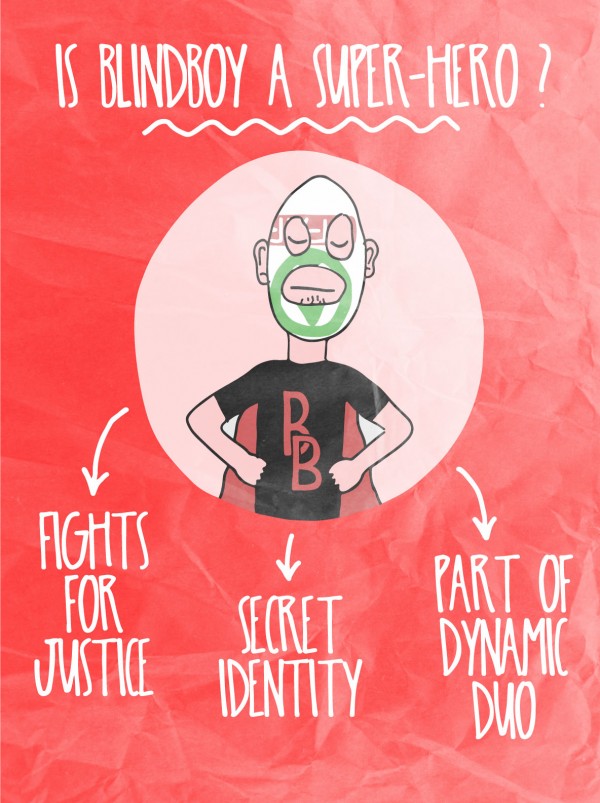 The nation has fallen in love with Blindboy of the Rubberbandits

Blindboy of the Rubberbandits has put a huge spin on the upcoming election following his appearance on the Late Late Show with Ryan Tubridy last Friday, the 8th of January. As this year is the year of remembrance/commemoration for the 1916 Rising, Blindboy spoke about the similarities between his generation and those who were involved with the rising.

Twitter went into overdrive in reaction to what Blindboy had to say with comments such as : “Blindboy is killing it on the late late.”. As the Rubberbandits are well known in Ireland for their comedy, people had high expectations that Blindboy would turn the segment into a comedy free for all. However, by the end of the segment Blindboy was the voice of reason on the panel as he spoke from real experience and respect for his generation in the country.

Following the interview, Blindboy of the Rubberbandits has been recognized for his opinion with many referring to him on social media as a hero and that he should be going forward to be Taoiseach in the up coming elections.

The web designers at Miller 87 in Temple bar were inspired to create an image which you can see at the bottom of this article. Has Blindboy become the voice of reason in this country putting most others on the panel to shame?! That is for you, the people of Ireland to decide. You can watch the clip below!

Blindboy of the Rubberbandits. Image by Dave O’Carroll

Irish Chamber Orchestra Death and the Maiden at UCH