By Richard Lynch on September 4, 2018@richanthon 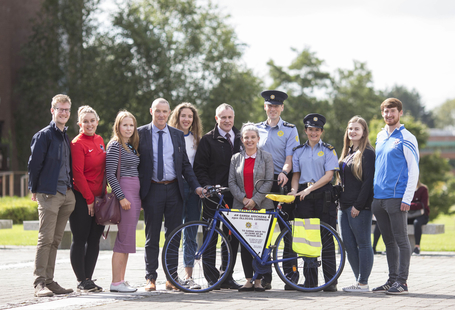 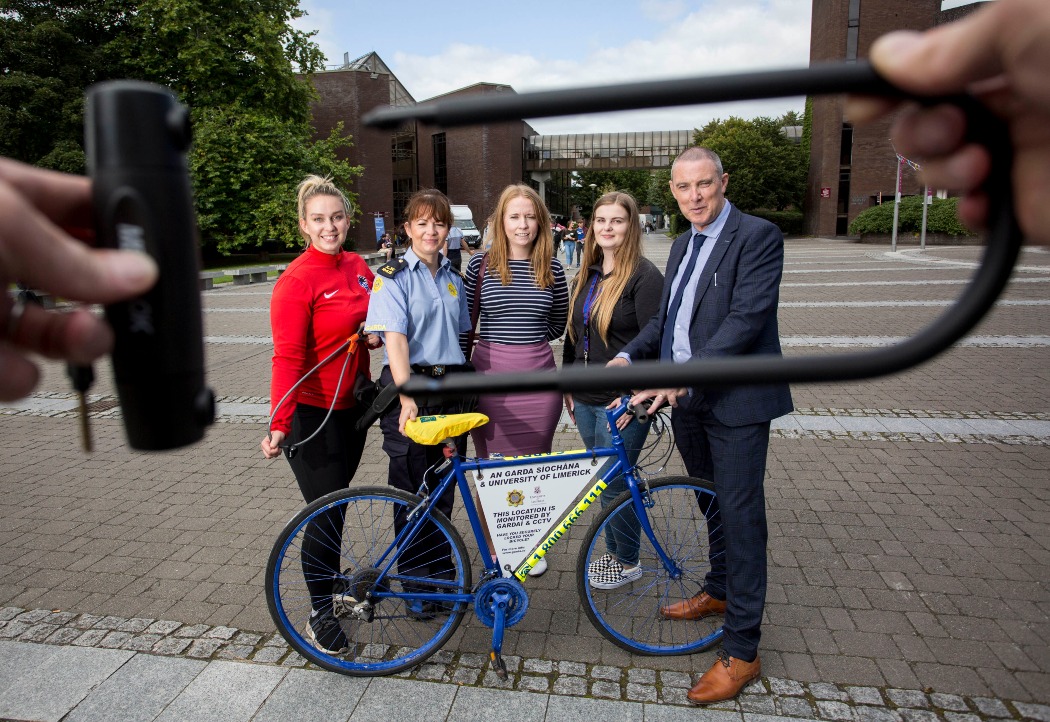 The Launch of the UL and An Garda Siochana Blue Bike Campaign at the University of Limerick. Picture: Alan Place

“We are launching this campaign with the University of Limerick in order to highlight to members of the campus community that there are lots of simple and inexpensive ways to ensure your bicycle is well secured, protecting your property and helping to deter potential thieves,” said Sergeant Kevin Balfe, Henry Street Garda Station.

“We would strongly encourage cyclists to photograph and register their bicycles with the gardaí (to help reunite bikes with their owners should they be stolen and recovered), and to use high-quality locks, preferably a U lock and a cable lock, and would advise cyclists to never leave their bikes unsecured,” he continued.
According to Kieran Tuite of UL Building and Estates Division: “We would encourage as many students and staff as possible to cycle to the campus. Not only is it better for the environment but it has well-documented health benefits. There are lots of tips on cycling to college or work on the Universities of Limerick Travel and Transport website and the Blue Bike Campaign is another positive step for cyclists”.
For more information on UL Smarter Travel, go here.
For more stories on UL, go here.