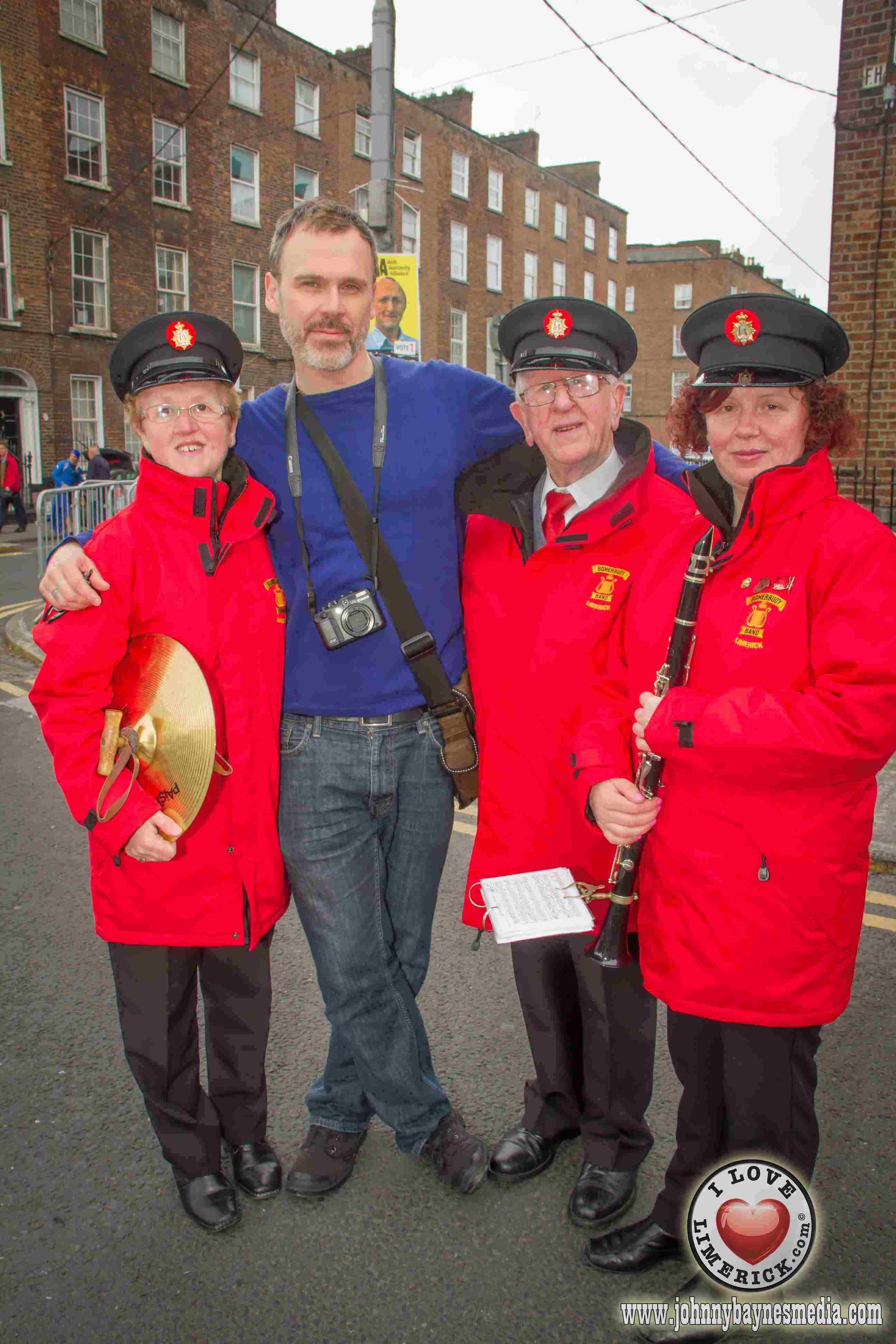 Limerick’s oldest and most famous musical organization The Boherbuoy Band, established in 1850 and now in its 164th year, has started a major fundraising drive for its new band hall roof and complete building refurbishment.  One of Limerick’s well known landmarks, the band hall on Edward Street, which was opened in 1973 by the late Alderman Jim Emmy, T.D, is now 41 years old. It is a well loved establishment and known to all people of Limerick.

Unfortunately, the building is now in a very poor state and in need of an upgrade. A new roof is needed to resolve the many current leaks. The installation of central heating is needed as well as rewiring of the entire building. An upgrade is necessary to bring both the building exterior and interior up to current standards in regard to Health & Safety and Welfare Conditions. Band members have planned events for the next 12-16 months to raise the much needed refurbishment costs and are asking the people of Limerick and local businesses to help and try to keep this great Limerick musical traditional location going for another 164 years!

Currently, a clothing, textile and old phone fundraising collection runs until May 24 and you can bring them in plastic bags to the band hall. Also planned is a Fundraising Quiz Night in Bobby’s Byrnes Bar on June 5, with plenty of spot prizes to be won. “Sponsor a Roof Tile” is an opportunity to have your name listed in the new band hall for years to come and show how much you care about the restoration and maintenance of this historic building.

For more information on all the above and how you can donate to The Boherbuoy Band and be a part of our fundraising drive please visit www.boherbuoyband.com or find us on Facebook.

DIY Smartphone To Be Demo-ed at 3Dcamp Limerick in May