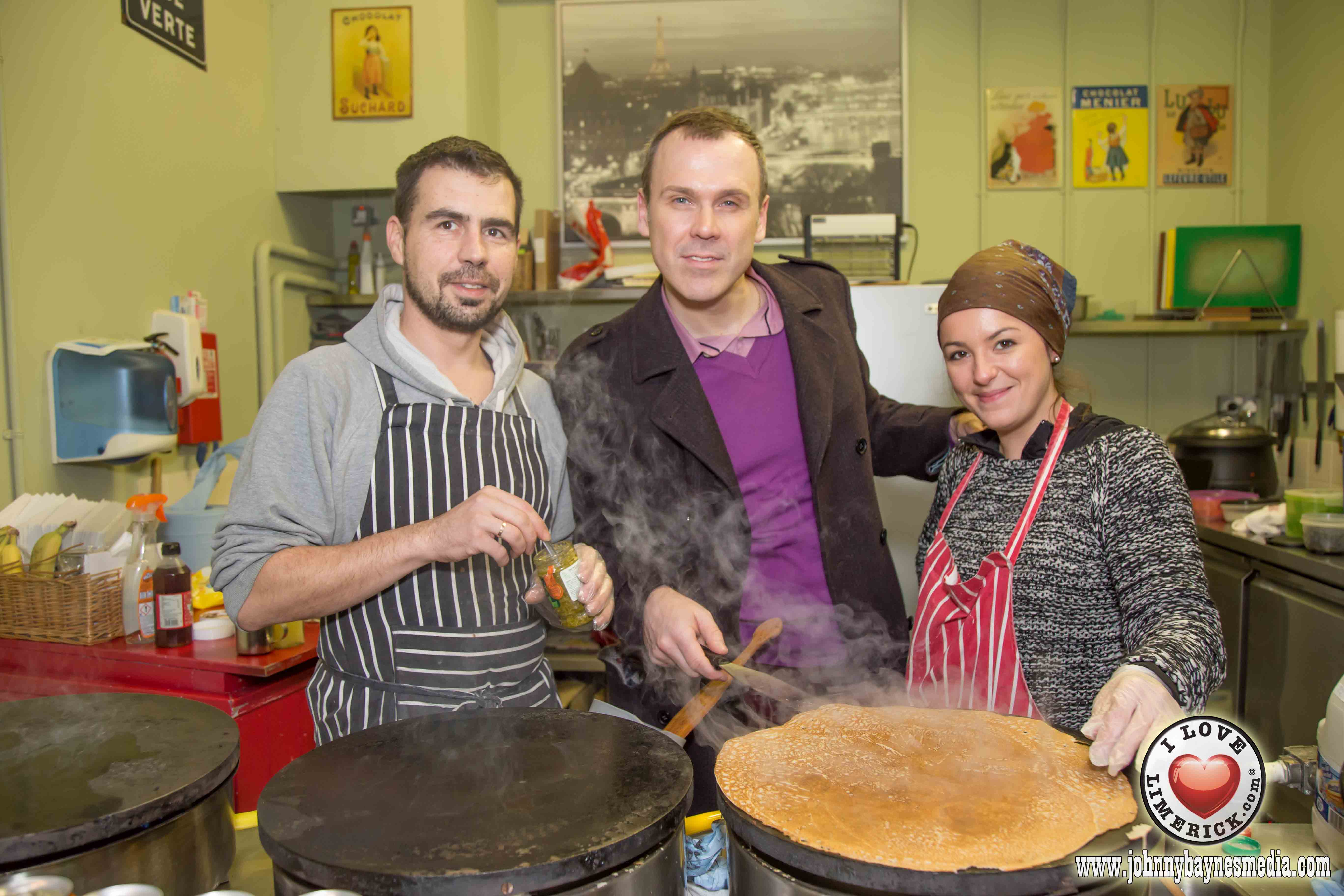 Do you have a sweet tooth and are looking for the perfect fix to satisfy your crepe cravings? The Bon-Appetit Creperie, Milk Market Limerick has pretty much every crepe creation imaginable from sweet to savoury. Bon-Appetit is Limerick’s first and only authentic French creperie and is owned and run by French man Sebastien Ridoux and his wife Kasia.

Their journey started 11 years ago when they began their business out of the back of a van travelling around Ireland to places such as Kilrush, Listowel and Kenmare. For 5 years they continued to travel around the country with no permanent settlement to set up shop. Until on June 18 2010 the Milk Market Limerick reopened and Sebastien and Kasia had the opportunity to set up permanent shop, creating the Bon-Appetit Creperie. Since then they have been trading at the Milk Market Limerick and focus mainly on crepes and galettes. The pair saw that there was a lack of crepe specific shops in the Limerick City area and took this opportunity to become one of Limerick favourites spots.

Since starting Bon-Appetit Creperie they have gained a very successful following on social media and with a lot of business from tourists they have also done extremely well on TripAdvisor which is where Marina Vernatan discovered them. Marina is a student currently on study abroad at University Limerick and decided she wanted to find a part time job. She called Sebastien and was delighted to her a follow French accent, Marina has been working with them since September and will continue to work with Sebastien and Kasia until she is finished studying in May. Sebastien ans Kasia just welcomed their first baby together so things are a little hectic for the new parents with Kasia on maternity leave at the moment.

But business is still continuing the thrive and the couple have plans to expand and hopefully someday set up their own creperie shop in Limerick city, as they would like to establish themselves and have a place of their own. Sebastien dreams of a small creperie big enough to sit 20-30 people and to continue to create the wonderful crepes and galettes they are known for. “Our main asset is good quality crepes and galettes, we have customers coming back every week, its the best feedback”, says Sebastien on the popularity and growth of Bon-Appetit Creperie. Sebastien and Kasia have been inspired by their mutual love of food and experimenting with crepe creation.

Many people believe crepes to be sweet and sugary, at Bon-Appetit Creperie you will find a wide range of sweet and savoury crepes, known as galettes. So call to the Milk Market Limerick Thursday to Sunday to taste what Bon-Appetit has to offer!