By Richard Lynch on April 6, 2018@richanthon 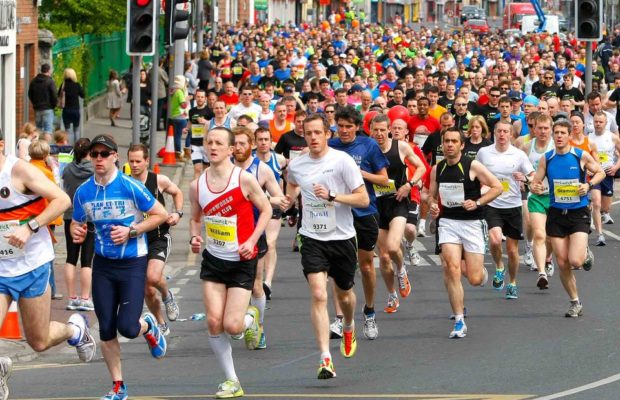 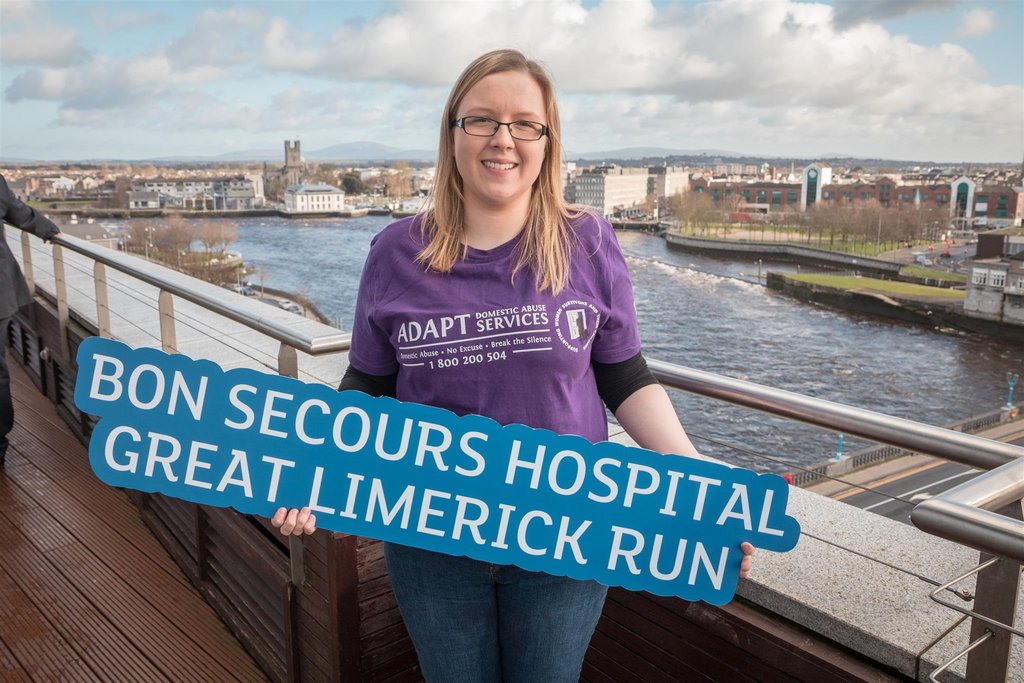 Lorraine Gallagher from ADAPT House at the launch of the Bon Secours Great Limerick Run last January at the Limerick Strand.

This year the amount raised for charity at the Bon Secours Hospital Great Limerick Run 2018 is expected to smash through the €1m barrier for the first time. The Great Limerick Run has always been used as a way to raise some much needs funds and awareness for charities. With over thirty registered charities in Limerick, it is a very achievable goal to help each charity in Limerick. Participants of the event are encouraged to do the run in aid of a charity of their choice, be it a Limerick based or national charity. If each participant managed to raise only €10 each that would raise over €75,000 for Irish Charities.

People who do not wish to participate in the run can also use the Run as a way of doing their bit for charity, by making a donation or sponsoring a participant.

Meanwhile, a children’s fun run will take place on Saturday, May 5, the day before the Run, at the University of Limerick campus with 1,830 taking part.

This year, the Crescent Shopping Centre will be teaming up for the highly anticipated weekend event as the official partner for the voluntary programme. The Bon Secours Hospital Great Limerick Run is said to have an estimated total of 800 volunteers helping throughout the event over the May weekend.

Alongside exhibitors, there will be a massage bay and the popular running forum stage.

Volunteers provide a variety of tasks at the event including supporting the gardai, handing out medals and t-shirts and directing runners along the route of the run to name just a few of these tasks.

“We are delighted to partner with this great event in Limerick and especially delighted to be able to partner with the volunteer programme. This event has showcased all that is great about Limerick to a local, regional and national audience consistently over the last nine years and we are very proud to be part of this great local community story,” said John Davitt, general manager of the Crescent Shopping Centre.

The event is the centerpiece of a weekend of celebrations in Limerick this May Bank Holiday weekend. In a recent Economic Impact Report commissioned by Limerick City Council, the event was estimated to be worth €4.5 million to the local economy and with a potential to grow further as numbers increase.

John Cleary the director for the Bon Secours Hospital Great Limerick Run 2018 commented: “This event showcases all that is great about Limerick from the route to the musical acts and the love of sport. But it is the people of Limerick that are our greatest asset.

“The volunteer programme for this event demonstrates the amazing people that are in our communities, schools, groups, and clubs. We are delighted and grateful to the Crescent Shopping Centre for their support for this event.”

“The Great Limerick Run is just a hook to showcase all that is great about Limerick: it’s people, the city, the university and the river. It shows off our love for sport,” Mr. Cleary added.