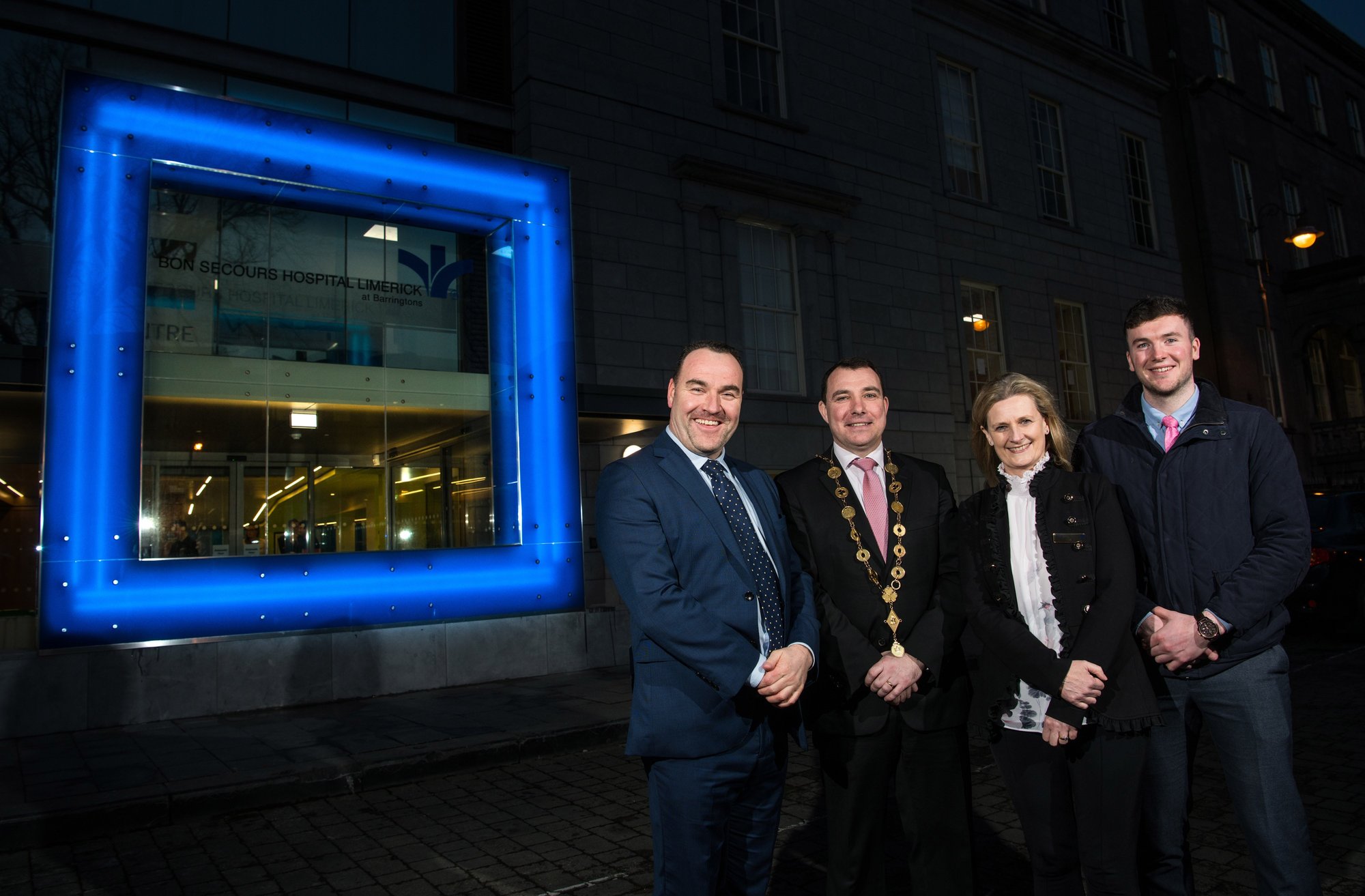 Bon Secours Hospital Limerick at Barringtons unveiled yesterday a major new facelift for the city’s oldest hospital with the opening of a new entrance reception and associated facilities.

The new 2,500sq ft area, which was opened by Mayor of the City and County of Limerick James Collins and Limerick senior hurling captain Declan Hannon, significantly enhances the hospital’s accessibility by relocating the entrance, reception and admissions and a new oratory to street level from the traditional stepped entrance.

Part of an overall €6m spend on the hospital since the Bon Secours Health System took over the facility one year ago this month, the investment reaffirms the patient-first approach of Ireland’s largest independent hospital group.  The €6m investment programme will also see enhancements across radiology, theatre, endoscopy and ICT units.

Bon Secours Health System CEO Bill Maher said “This hospital has a 190-year-old history in Limerick but, in respecting that, we are very much focussed on the future and every step we take along the way will be underpinned by our patient-first approach.  This investment is a perfect example of that as one of the first things we targeted when we came on board was the development of a new reception area to improve accessibility.  Patients will now be able to access the building through a state-of-the-art entrance and reception area in a facility that will match the standard of care delivered at the hospital.”

Building on the success of its previous operators, staffing levels at the hospital have also grown by 45 to 180 since Bon Secours Health System came on board.  The hospital had 17,000 admissions of inpatients and day-cases last year as well as thousands more consultation visits.

Limerick hurling captain Declan Hannon spoke of the close relationship already between the GAA and the hospital: “When you’re involved in sport at an intense level like we are, visits to hospitals are regular enough occurrences for scans on injuries.  This hospital is a very familiar place for Limerick hurlers as we come here for those scans. If we get injured on a Tuesday night in training, we are in here on Wednesday morning to get a very quick read of our injury and straight into rehab. So, this hospital plays a very important role in our season and it’s great to see such a positive investment in place here already.”

Hospital Manager at Bon Secours Hospital Limerick at Barringtons Jason Kenny said that patients and staff will both benefit from this investment.  “It’s been a very busy 12 months here and we’ve made considerable ground in enhancing the hospital from the patient perspective and also for staff.  We are a patient-first hospital but what’s good for the patient is also good for staff.  We have an outstanding group of people working here, delivering expert care day in day out, and they deserve to have the type of state-of-the-art facilities that we are unveiling today.  It’s a very positive move for the hospital, for Limerick and the wider region and is a strong signal of what we want to achieve here.”

Bon Secours Health System Chairman Peter Lacey added that “We were here as recently as last August launching Bon Secours Diagnostic Imaging at the hospital and to be back here so quickly afterwards with this big investment illustrates Bon Secours Health System’s commitment to this hospital and Limerick.  This is an investment in patients, in staff, the city and the region and we are looking forward to making an increasingly positive impact going forward.”

For more information on the Bon Secours hospital, click here