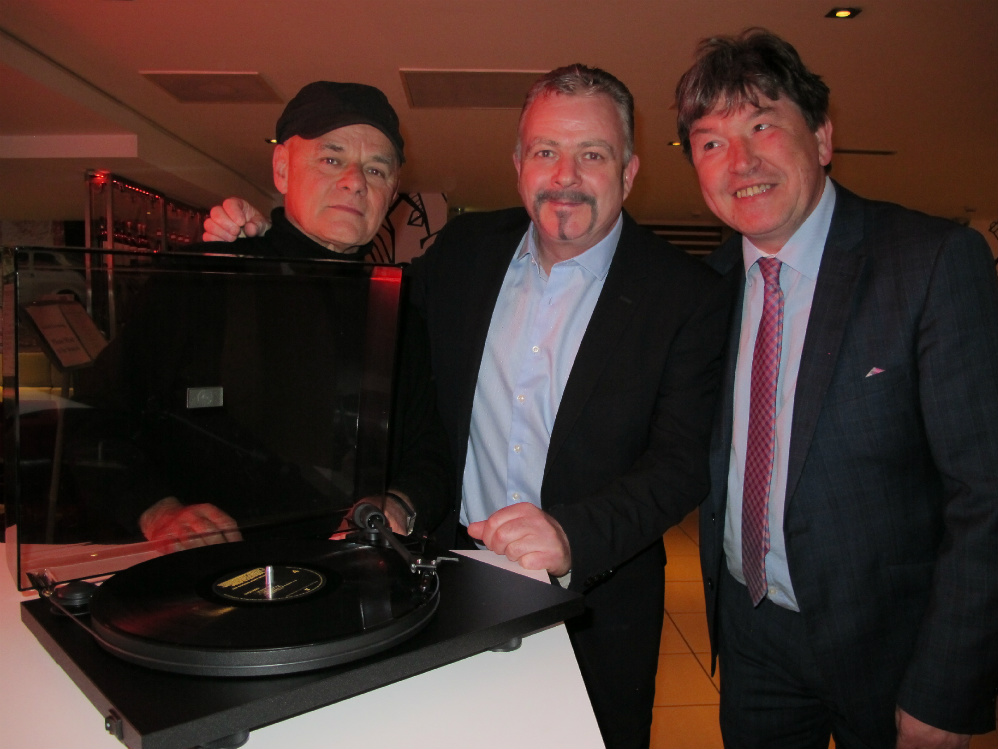 Boogie Wonderland a Celebration of Forty Years of Fernando’s and Tropics.

Forty years of nightclubs that dominated the fabric of Limerick nightlife in Fernando’s and Tropics at the George Hotel, will be celebrated on Friday, May 26 at Dolans Warehouse, when the original DJ’S get together for one last night of Boogie Wonderland only!
Well known and legendary DJ Michael McNamara, also known fondly as Mickey Mac of 2fm and RTE Gold fame, along with Nicky Woulfe, who marks 40 years in the music business this year, with special guest JP Dillon of 95fm, will recreate a night of Disco Classics and the music of the 70s and the 80s transporting those who celebrated those disco years back on a journey of wonderful Boogie Wonderland memories. 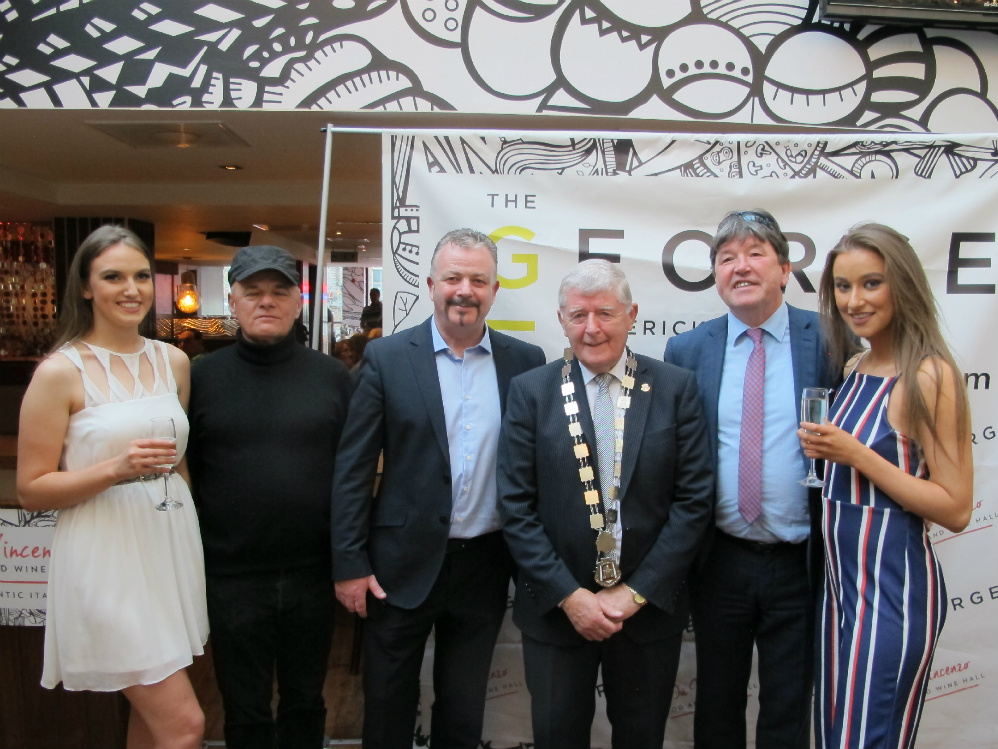 The Boogie Wonderland event was officially launched by Metropolitan Mayor Michael Hourigan on Wednesday, May 3 at the George Hotel where Fernando’s began forty years ago. Metropolitan Mayor Michael Hourigan described the event as an innovative idea to bring people on a walk down memory lane. The event will recreate the heady days of disco when nightclubs and the hits of the 70s and 80s were a staple of Limerick nightlife.
Mickey Mac on behalf of his colleagues Nicky Woulfe and JP Dillon of Live 95fm, said they will be bringing back the famous slow set an important feature of the nightclub night’s and the start of many relationships, as part of the plan to recreate this very important social feature of that nightlife.
The DJ’S are planning to introduce a competition across local and national radio stations to find the public’s favourite slow set numbers, hits like Night’s In White Satin by the Moody Blues, I’m Not In Love by 10cc and If You Leave Now by Chicago, were just a few named by the people who attended the Launch and these songs are sure to start those great memories flowing.
Mickey Mac whose career spans fifty years, started Fernando’s nightclub in the Royal George Hotel in 1977, when people were looking for something new and different after the famous showband era, which had been so successful for so many years across Ireland, had come to an end.
Mickey Mac was a member of the lead line up of presenters on the newly launched RTE Radio 2 back in 1979, which saw him front a number of programmes for the station over a twenty-one-year career. He was there for Saturday Night Fever and Grease in the 70’s – the Romantic Dreams of the 80’s. Mickey Mac’s shows played all the classic oldies up until the late 80’s, after which he became the man who played all the hot new dance tunes, often playing live from the legendary music club in London, The Ministry Of Sound. In the early nineties was one of the pioneers of House and Dance Music on Irish Radio. He was also one of the first presenters on the national classical music station RTE Lyric FM from its start up in Limerick in 1999. 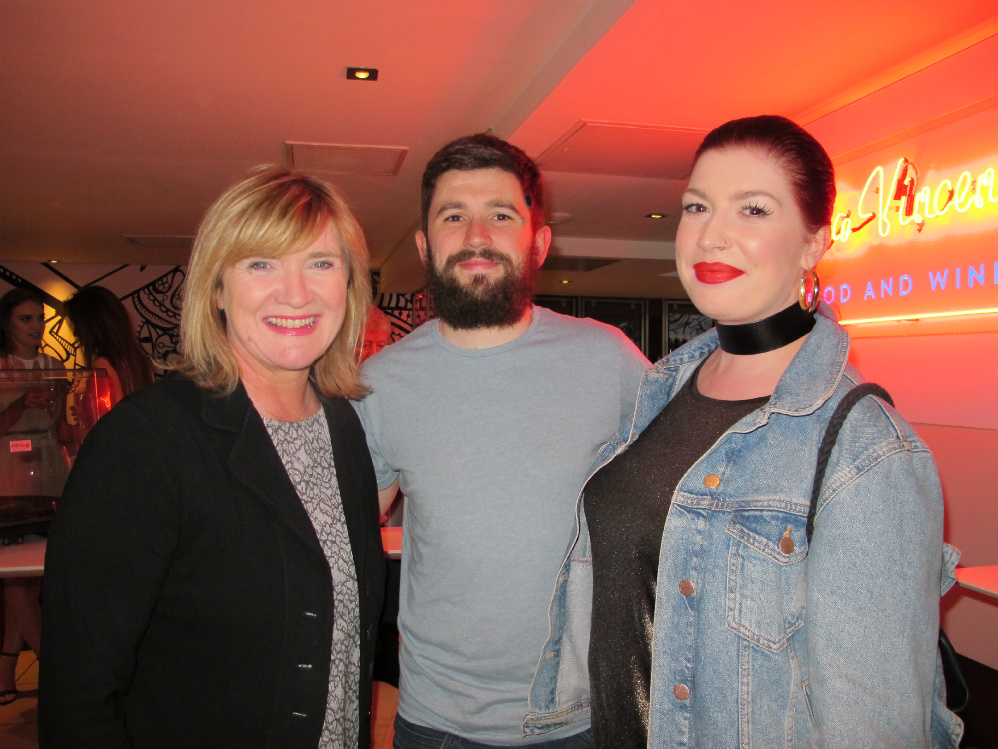 Recently he started syndicated radio programmes for a number of local stations that include Limerick’s live 95FM, Clare FM, Tipp FM, and has also completed a wonderful documentary on the late Vincent Hanley of MTV USA Fame.
Nicky Woulfe has been part of the nightlife and entertainment scene in Limerick and the Mid-West for 40 years this year, and has played in all of Limericks’ night clubs which have included Fernando’s, Tropics, Jack Burkes, Eastwoods, The Basement, Teds, and The Shannon Arms.
Nicky had a regular Saturday night residency at the White House Bar for the past 12 years playing all the classic hits which were hugely popular, attracting a dedicated and new audience. Recently he has been part of the team at Dolans Warehouse where he continued to play the classic hits on a Saturday night.
He has also played many venues throughout the Munster Region over this time and promoted some of Ireland’s top live acts, which have included Mary Black, Hothouse Flowers, Aslan, The Blades, Mary Coughlan the Fleadh Cowboys and the International Blues band to name just a selection.
Nicky Woulfe has been a collector of music and music memorabilia all his life and has now built up one of the largest record collections in the country. He is currently working on a project to have Ireland’s largest Music Memories and Memorabilia Visitor centre based in Limerick, to bring audiences on another memorable music journey back in time.
The special guest on the night will be Limerick’s Live 95FM presenter JP Dillon, who has an integral part of their daily radio schedule for many years and has also played many night clubs in Limerick over the years including Ruby’s and Teds.
This Boogie Wonderland promises to be full of memories for so many people and will bring back the heady days of disco music when Night Fever and Grease ruled the world.