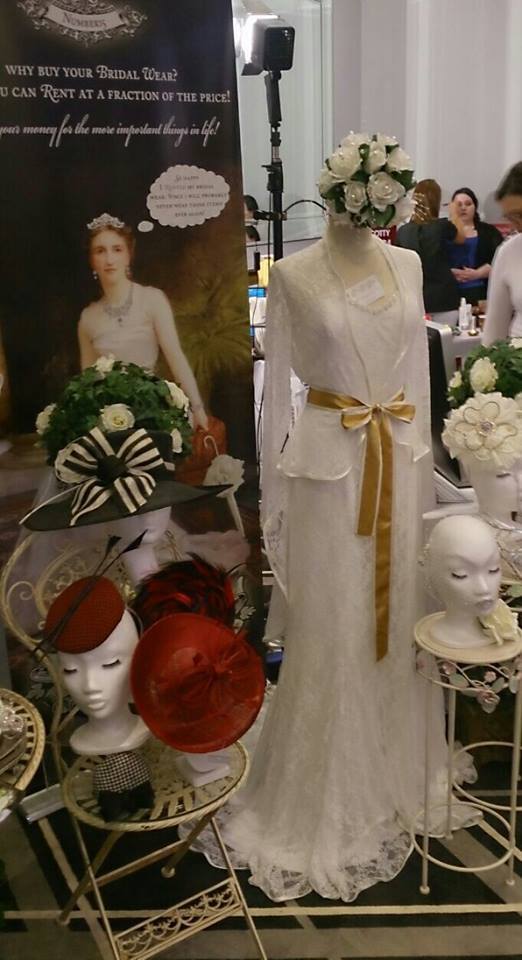 Stephen pictured with models wearing some of his amazing designs.

Stephen Lynch of Bowman Lynch Designs is a Limerick based designer, who has had great success this year when his creation of a duck egg blue, vintage-inspired ensemble won Limerick woman Ursula Looby best dressed at the Limerick Races.

Speaking of his passion to become fashion designer, Stephen explains the reason behind his return home to Limerick. “Having been hit hard like most people with the recession, with no jobs going I had no choice but to leave Dublin to return home to limerick and try to re kick my working life.”

“I chose to use the lull in work to re study doing something I’ve always wanted. I began studying in limerick college of further education in 2010 and studied for two years incorporating three years syllabus, due to lack of funding.”

Since then Stephen has been putting together an outstanding sample collection of outfits. This collection growing little by little has left Stephen with an impressive sample base to send to fashion shows, and to show to clients.

Customers to Bowman Designs are welcomed into a peaceful and relaxing environment where their ideas come to life.  “I have renovated a property in Janesboro to incorporate a working studio and a bridal reception room for my customers to have a place to come to create their perfect dress.”

Stephen has had many achievements of late with the first two designs from his collection receiving great publicity. “The first two pieces I sent out from my collection have been used on both the curragh.ie and nationwide with the latter going on to win best dressed at Limerick racecourse best dressed ladies event.”

Some of the head turning, spectacular pieces from Stephen’s collection were also featured at the Sparkle and Shine fashion show at Marco Polo restaurant as part of Limerick Style Festival 2014. As well as this Stephen’s designs were also featured at The Bridal Fair in the Strand Hotel on November 2 and at this years Inspire fashion event in the crescent shopping centre.

Bowman lynch designs currently have samples on show in No.15 le maison de curio, in Anne St, Limerick, alongside some spectacular accessories that suit each design.