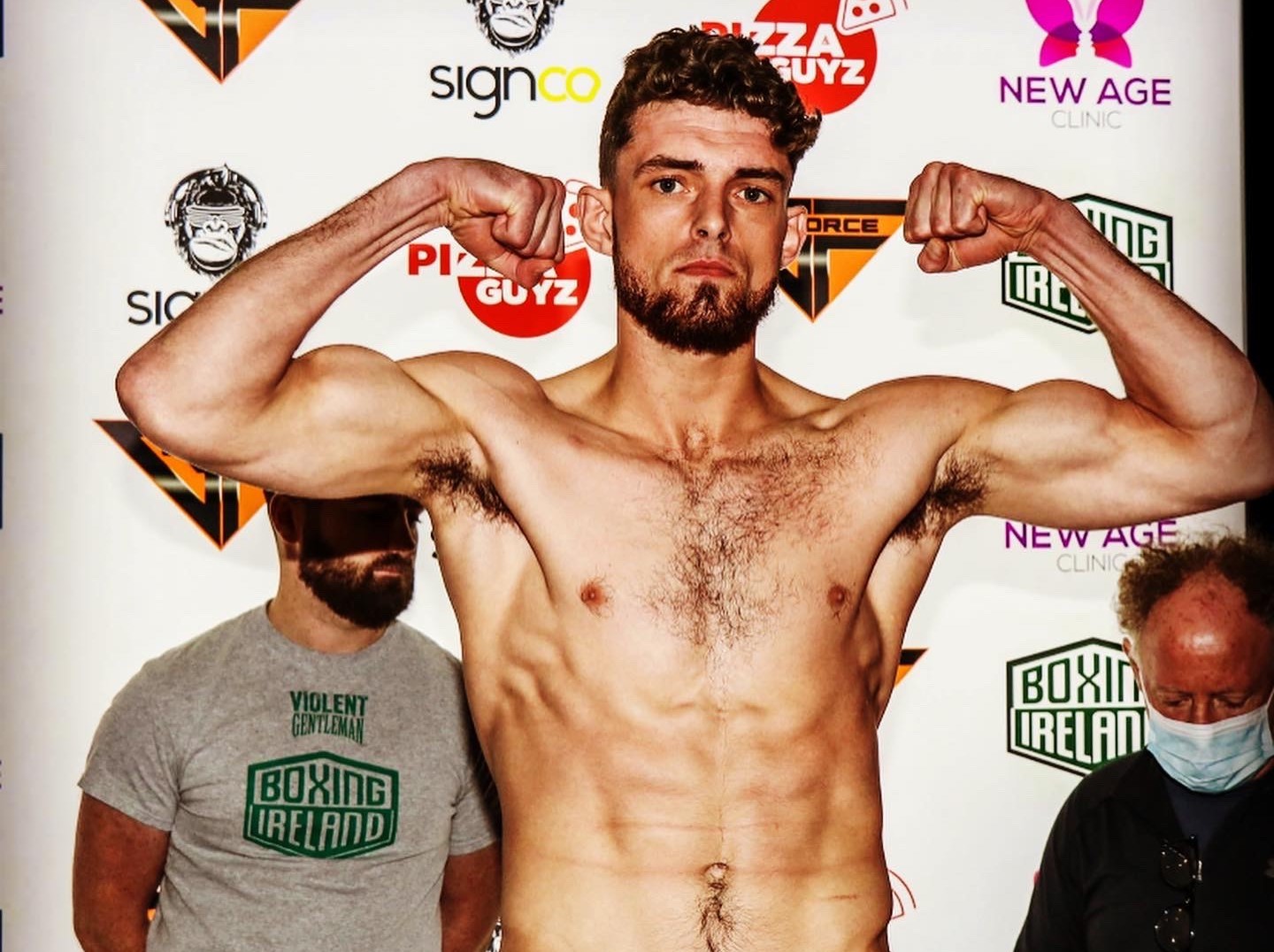 Jamie, although new to boxing, already has a few wins under his belt. Picture: Stephen Towers

Jamie Morrissey is Limerick’s first-ever Pro ISKA Thai Champion. He works with Eiremuaysiam Limerick as well as ScrapStar Limerick. Last year, he converted from Muay Thai to boxing and already has a few wins under his belt.

My childhood looked like a typical 90s kid’s childhood. Lots of soccer, mischief, and good memories. I grew up in Raheen, just outside the city, and was surrounded by a lot of the kids I went to school with, which made growing there full of fun-filled memories. We were outside all day, every day.

What sparked your interest in Muay Thai?

I was training every day in relation to weight lifting and bodybuilding. I had always been a big fight fan and had been thinking about joining a fight gym all my life really. It took until the age of 22 to join,  but I did so knowing the pursuit of passion was a big key to happiness. At the time I was, in truth, dissatisfied with who I was and, I knew I had more to offer.

Why did you decide to convert to boxing?

I converted to boxing based on my love for the sport, and eventual financial incentives

What are some difficulties you’ve faced in getting to where you are now?

My mind at times, having been diagnosed with OCD in my teens, I definitely struggle with anxiety and ritualistic type traits exclusive to OCD. So, like pretty much everyone else in the modern-day, my mind has definitely at times been a hindrance.

Winning an Irish title in Thai boxing. I feel it really helped take me and my gym to the next level in terms of our career and belief. My degree made my mother proud, personally, this boxing journey is the most personally satisfying so far.

They’ve changed as I’ve grown up, but the most influential have been 50 Cent, Floyd Mayweather, and Michael Collins.

If you could give your younger self any advice, what would it be?

Stop trying to fit in, and think before you act

What advice do you have for anyone looking at getting into martial arts or boxing?

Do it, whether you want to compete or just get fit, it’s the best decision you will ever make.

Where do you see yourself in the next 5 years?

I see myself as a boxing champion, involved in media, further along in my journey of faith, and helping the younger generations avoid the same mistakes I made.

I love the character of our people, our passion for sports and the beautiful balance of city and country.

Related Topics:Jamie Morrissey
Up Next

Sustainability a key focus for European Week for Waste Reduction