By Richard Lynch on February 2, 2017@richanthon 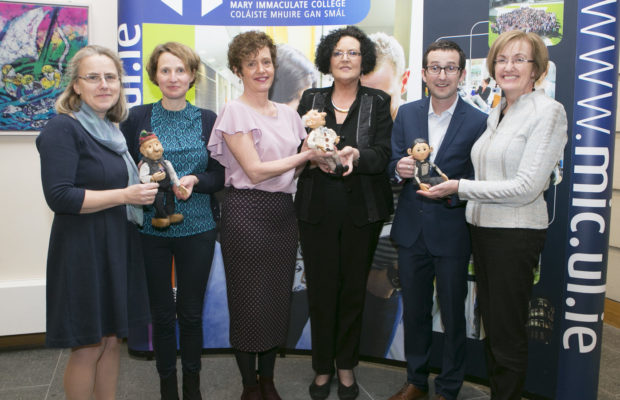 It would appear that the impact of Artist-in-Residence programmes extends far beyond their initial remit; rather they have the potential for a far-reaching influence on the wider community and beyond.  That was the resounding feedback from an event held in Mary Immaculate College on Thursday 26 January in celebration of the Branar Theatre Artist in Residence programme at MIC (2013 – 2016)

Branar, Téatar do Pháistí, established in 2001, is a theatre company dedicated to producing high-quality bilingual shows for young audiences. During its three-year residency at MIC, Branar played a key role in enlivening the artistic and cultural life of MIC. Among the activities in which the company engaged were: collaborations with lecturers on drama education programmes, the provision of drop-in workshops for staff and students and the facilitation of workshops for members of College societies in music, visual art and creative writing as well as in drama and theatre.  Branar Theatre also contributed to the organisation of a symposium on artists in residence in Higher Education Institutions and to a College Arts Day.

Reflecting on the residency programme Dr Dorothy Morrissey, Theatre Artist-in-Residence Coordinator and Lecturer in Drama Education at MIC said: “It was invaluable for students to have access to high-quality theatre for young audiences. It helped to raise student teachers’ awareness of this emerging art form; opening possibilities for them in their work as future aesthetic, artistic and cultural educators”.

Feedback from the students was wholly positive with the programme earning such comments as “It was a huge benefit working with both a teacher and artist, something I would love to be able to do when I have my own classroom. The collaboration as a whole was natural and fluid.” 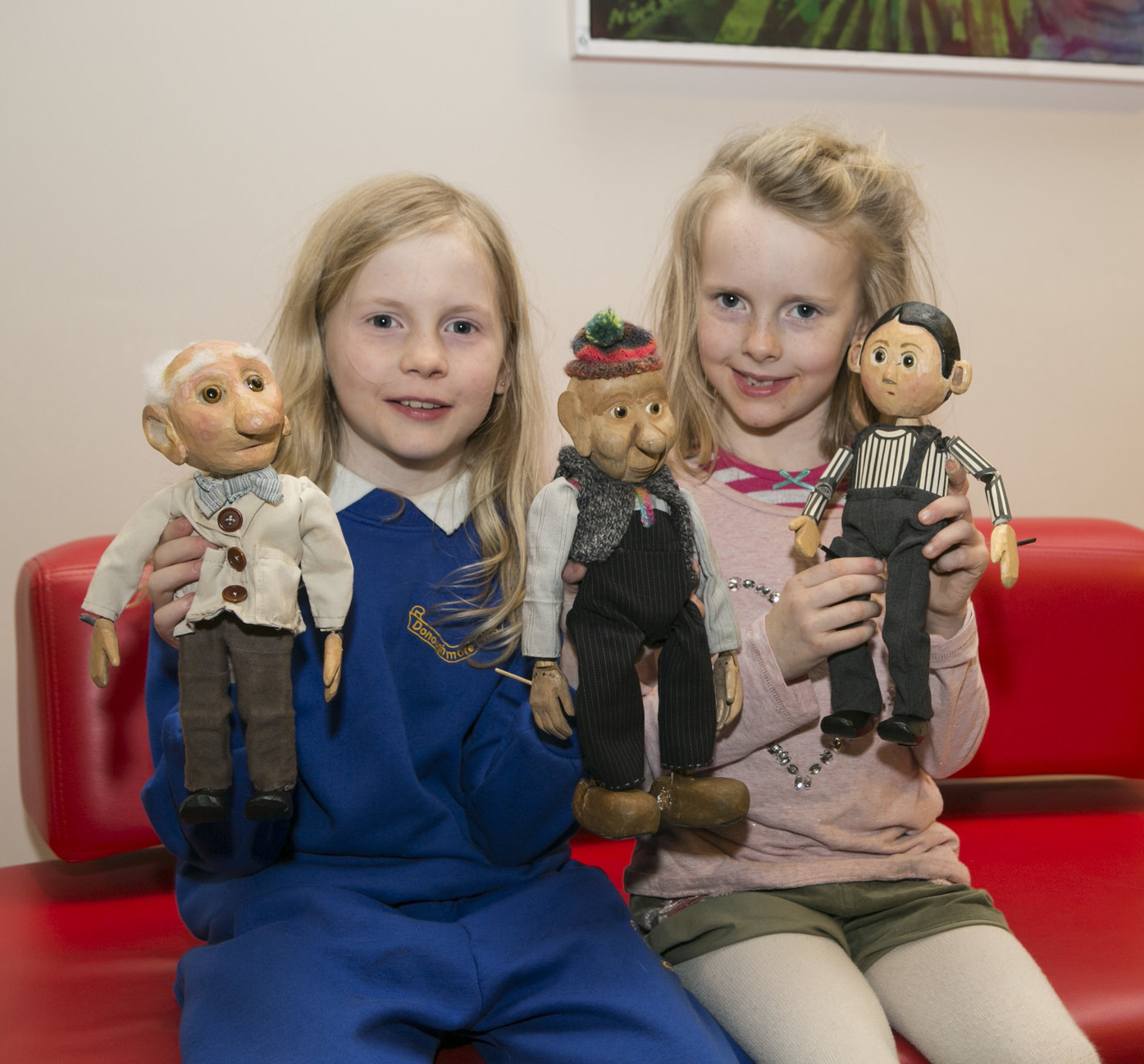 According to Dr Morrissey, it was not just the students that benefited from the residency programme, rather it impacted on all involved in the programme.  “For me personally, the most inspiring aspect of the residency was working in partnership with Marc MacLochlainn, [Artistic Director] as I achieved insights into artistic processes that would otherwise have remained unavailable. My whole approach to teaching drama was challenged and, indeed, transformed. So, for me, the impact of the residency extends beyond the duration of the residency itself and will, undoubtedly, mark the ways in which I engage with students and teachers into the future”.

Reflecting on the impact that the residency had on Branar, Marc MacLochlainn, Artistic Director, said: “It was a pleasure and an honour for us to be a Theatre Artist-in-Residence at Mary Immaculate College. Throughout the three year residency, it became apparent that we had something valuable to offer in contexts other than the stage; we had the opportunity to work creatively and inventively with students, and in collaboration with our MIC and Lime Tree Theatre colleagues we could place our work in a pedagogical context”.

Also as part of the residency programme, Branar, in association with the Lime Tree Theatre, delivered a series of workshops for younger children as part of the and played a key role in the launch of the Lime Tree Theatre’s very successful Bualadh Bos Children’s Festival. Marc paid special tribute to the Lime Tree Theatre for the collaborative relationship that developed between the two organisations resulting in the creation of three major productions, a highlight being Bláth, a co- production with the Lime Tree and Limerick City of Culture in 2014. Other productions included Spraoi; Croí a Mhúscailt; Mise Scéal Cailín; ’twas the Night before Christmas; The Way Back Home; and Maloney’s Dream, ensuring that the impact of Branar’s residency extended far beyond the College into the wider community.

Speaking on the benefits of the residency Louise Donlon, Director of the Lime Tree Theatre at MIC said: “Through the Artists-in-Residences the Lime Tree Theatre has seen an expansion to its programme that adds enormously to what the theatre can offer young audiences, both in the context of school and family visits.  The consistency and quality of programme associated with these residencies are key to meaningful audience engagement with work”.

Congratulating Branar and all involved in the Theatre-in-Residence programme Professor Teresa O’Doherty, Dean of Education, MIC said “Research tells us that the most important determinant of high-quality arts education is the expertise and enthusiasm of the teacher. Throughout its residency in MIC, Branar played a key role in cultivating student teacher enthusiasm and expertise, not just in drama but in other art forms as well”.

In addition to the Branar Theatre Artist in Residence Programme at MIC, the college also hosts a Composer Residency; Anne-Marie O’Farrell, multi-award winning composer. The primary purpose of the composer residency programme is to enliven the music culture of the MIC campus, and to allow practicing artists to feed into the educational programmes and work of the institution. Since the residency began in April 2014, Anne-Marie has been busy leading workshops for students in music education classes at undergraduate and postgraduate level.

The Artist-in-Residence programmes are supported by the Arts Council of Ireland. In attendance at the MIC event was Seona Ní Bhriain, Young People, Children and Education, Arts Council, who said “The Arts Council’s hope is that as each new teacher comes through college, they will cultivate their own creativity and passion for the arts, so that they may bring this to their own creative role as a teacher”.

“The teacher may make their classroom a place where children’s imaginations are nurtured, but the teacher will also play an important role as a facilitator of artistic experiences for their students – drawing on the artists and the full range of cultural resources in their communities”.

The Arts Council will be funding further Artist-in-Residence programmes in Higher Education Institutions (HEIs) over the coming years and Mary Immaculate College was delighted to learn that it has been successful in its bid to secure three of these residencies.